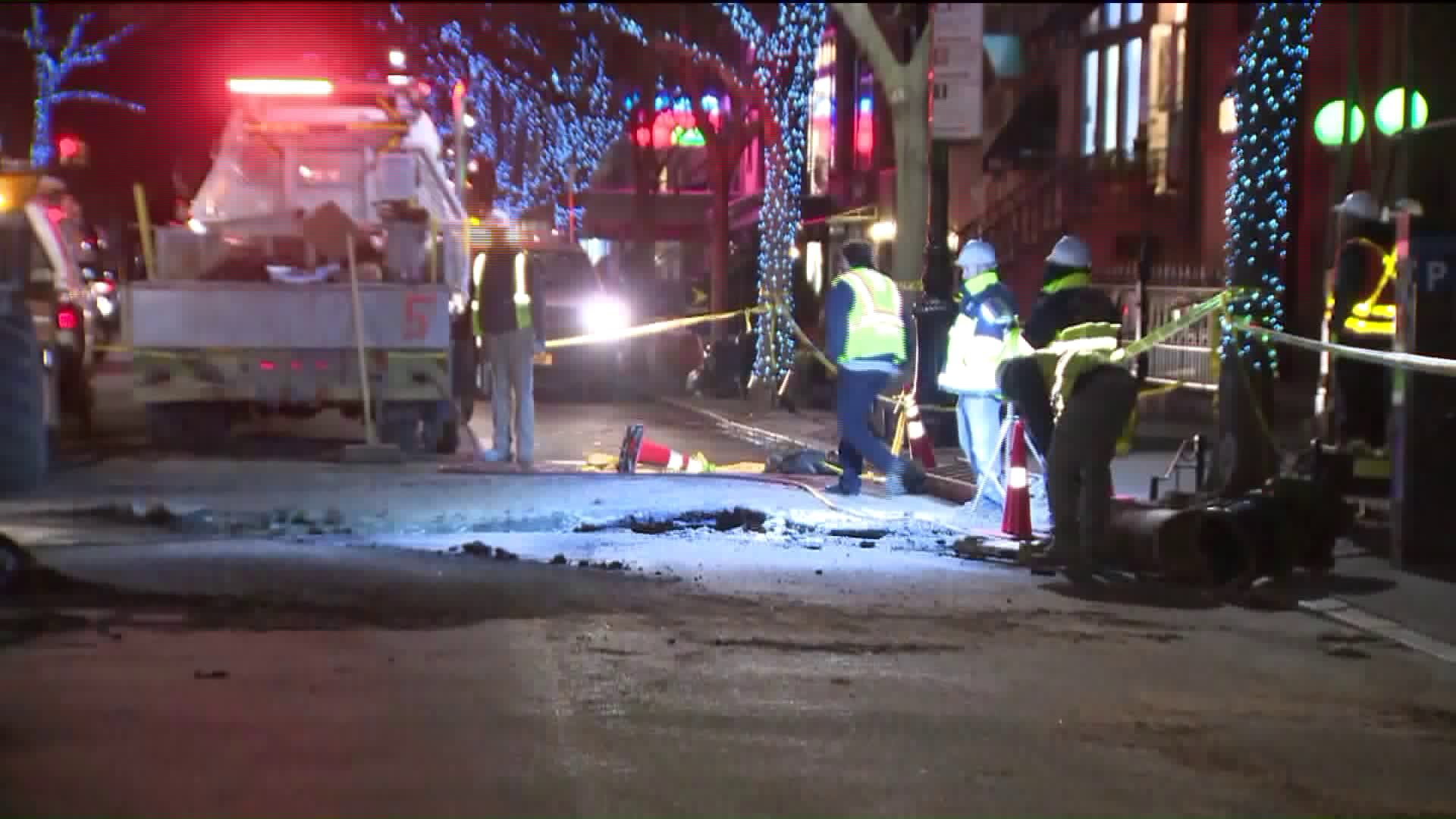 The 12-inch main sent water flowing into the streets and onto the platform of the Court Street subway station.

DOWNTOWN BROOKLYN — A water main break at a Brooklyn subway station created flooding at the beginning of the Thursday evening commute.

A Department of Environmental spokesperson said crews responded to the break on Montague Street around 3:30 p.m.

The 12-inch main sent water flowing into the streets and onto the platform of the Court Street subway station.

Photos uploaded to Twitter by the MTA shows firefighters standing in brown, muddy water at the station's entrance.

R trains continue to be rerouted via the Q btwn Canal St & DeKalb Av while we investigate the impacts of the water main break near Court St pic.twitter.com/eyOaKATP8p

The break impacted the Q and R trains for hours.

By 9 p.m., trains were running on a normal schedule.

Approximately 100 customers and 25 businesses in the area were without water.