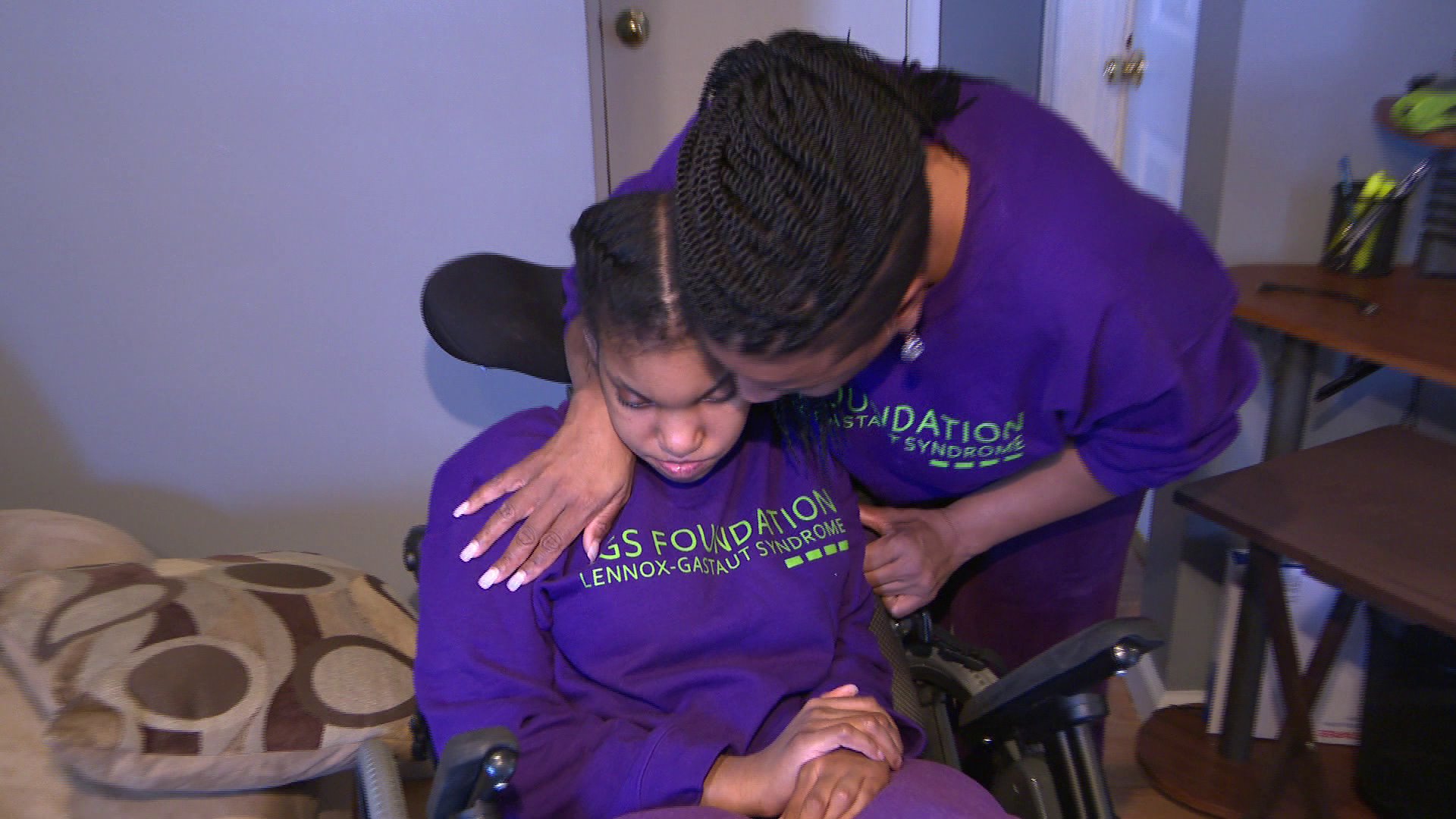 Tashana Small, a single mother of two is going through her daily routine, ministering to her 27-year-old daughter as she has seizure after seizure. Two weeks ago Iashana was virtually seizure free. Not from any pharmaceutical, but because she`d been getting a dose of plant medicine: cannabis.

NEW YORK – Tashana Small, a single mother of two is going through her daily routine.  Keeping her teenage son fed, and ministering to her 27-year-old daughter as she has seizure after seizure.  Two weeks ago Iashana was virtually seizure free.  Not from any pharmaceutical, but because she’d been getting a dose of plant medicine: cannabis.

That means anything from a grand mal seizure that lasts several minutes and takes even more time to recover from, to the dozens of smaller, “drop seizures” that will cause her to go limp repeatedly, seeming to lose consciousness, according to Tashana.

And then she shares what can cure her daughter.

“This is something that’s given her more seizure control than any medication we have ever given her, ever," Tashana said. "She’s never been seizure free. Never. Until she started taking medical marijuana.”

A year ago New York legalized medical marijuana and gave doctors the ability to certify patients with one of eleven conditions; chronic pain is about to be added to that grouping according to New York State’s Department of Health.  And even though Small has that prescription for her daughter, there’s another roadblock: money.

While her daughter’s prescription pills get heavy subsidies since the family lives on a spare, fixed income, medical marijuana does not.  And it costs $500 a month that Tashana diligently scrapes from her families meager accounts.  Only some weeks she just can’t pull it off.  This is one of them and while we visit with the Small family, Iashana has multiple seizures.

Medical cannabis is far more expensive, pure and quality controlled than it’s counterpart – illegally sold street pot.  The purity is measured and controlled by the Department of Health.  Small is one of more than 13,000 New Yorkers certified for Medicinal Marijuana.  Vireo is one of five growers in New York with facilities in upstate Fulton.

PIX11 was given rare access to see how it goes from seed to medicine and the essential medicinal components are extracted and made into five different formulas available in vaporizer, oil or pill form.

New York is now allowing it to be home delivered.  That will be a life changer for families like the Smalls.  Tashana makes a nearly six hour round trip to get her daughter’s medicine from a Queens dispensary, and needs to have care and coverage for her daughter who cannot ever be left unattended.

Dr. Aashna Satija is a marijuana pharmacist. New York mandates only a pharmacist can dispense this medicine.  They work with patients to find the right blend of THC, which sedates, and CBD, which relieves pain and inflammation.

But despite these compelling patient stories, only one percent of New York doctors have been state certified to prescribe it.  Physician’s assistants have been approved to also write the prescriptions, provided the doctor they work with has the same certification. And those doctors who do prescribe say fellow doctors may fear patients trying to get high, or not know enough about the hundreds of studies reinforcing canabis’ efficacy.

“We do know its an extremely safe medication and so from my perspective I know I'm not going to cause any harm to anyone,” Satija said.

“For some patients it’s like finding a needle in a haystack to find a doctor to prescribe medical marijuana,” laments Ari Hoffnung, one of the founders of Vireo Health, which has medical marijuana operations in New York and Minnesota.

As he walks me through a greenhouse of marijuana, he points out they’re only growing only about a tenth of the cannabis they could cultivate.  The demand has not yet grown to what they can provide, keeping prices for the product higher.

“Estimates are there are 200-400 thousand New Yorkers who would benefit  from medicinal marijuana," Hoffnung said. "We have a tremendous amount of excess capacity.”

Another hurdle? Many physicians are reluctant to become state certified –afraid they could lose their medical license, uncertain about the future of a drug that’s still federally illegal to grow, sell, possess or use.

Dr. Junella Chin, is one of those doctors.  She’s prescribed in California since 2001, and has brought her MedLeafRx practice to New York.  From a physician’s perspective she lays out the road blocks.

And she’s found other benefits, repeated in research studies.  It cuts down on the use of and addiction to opiate pain medication that too often can lead to heroin abuse.

“30 percent of my patients over the last 15 years have cut opiates out completely and 50 percent cut them out in the first six months of cannabis use," she said.

But for the Small family, it’s simply a cure that too often is out of reach.  Tashana chokes up as she confesses.