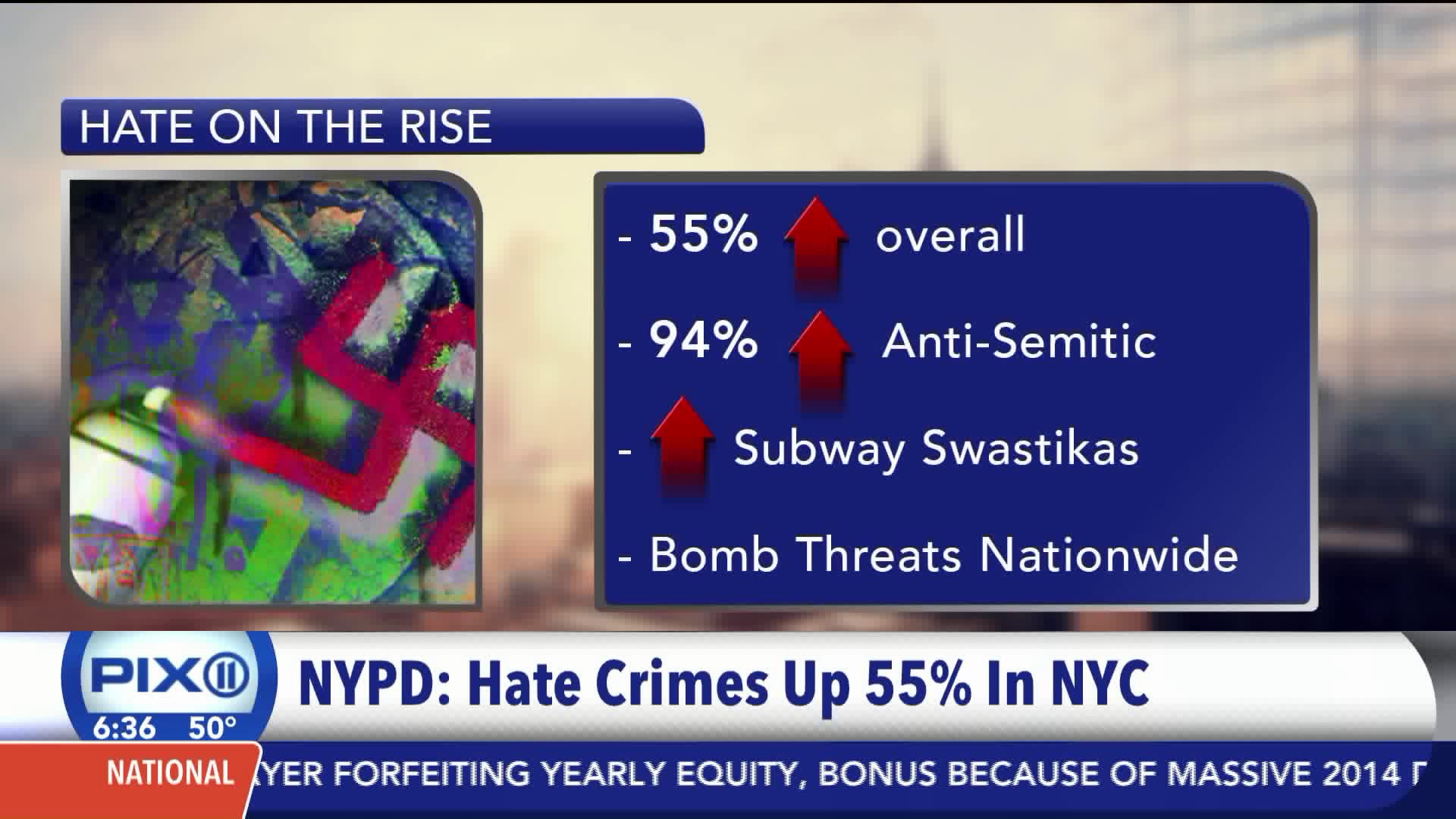 NEW YORK – Hate crimes in New York City have spiked 55 percent when compared to the numbers during this time in 2016.

The NYPD says the uptick was driven by a 94 percent surge in crimes that discriminate against Jewish people.

Those crimes include swastikas turning up on the subways. Police have also responded to a bomb threat at Manhattan's Anti-Defamation League.

Since then police have increased patrols at Jewish centers locally and nationally.