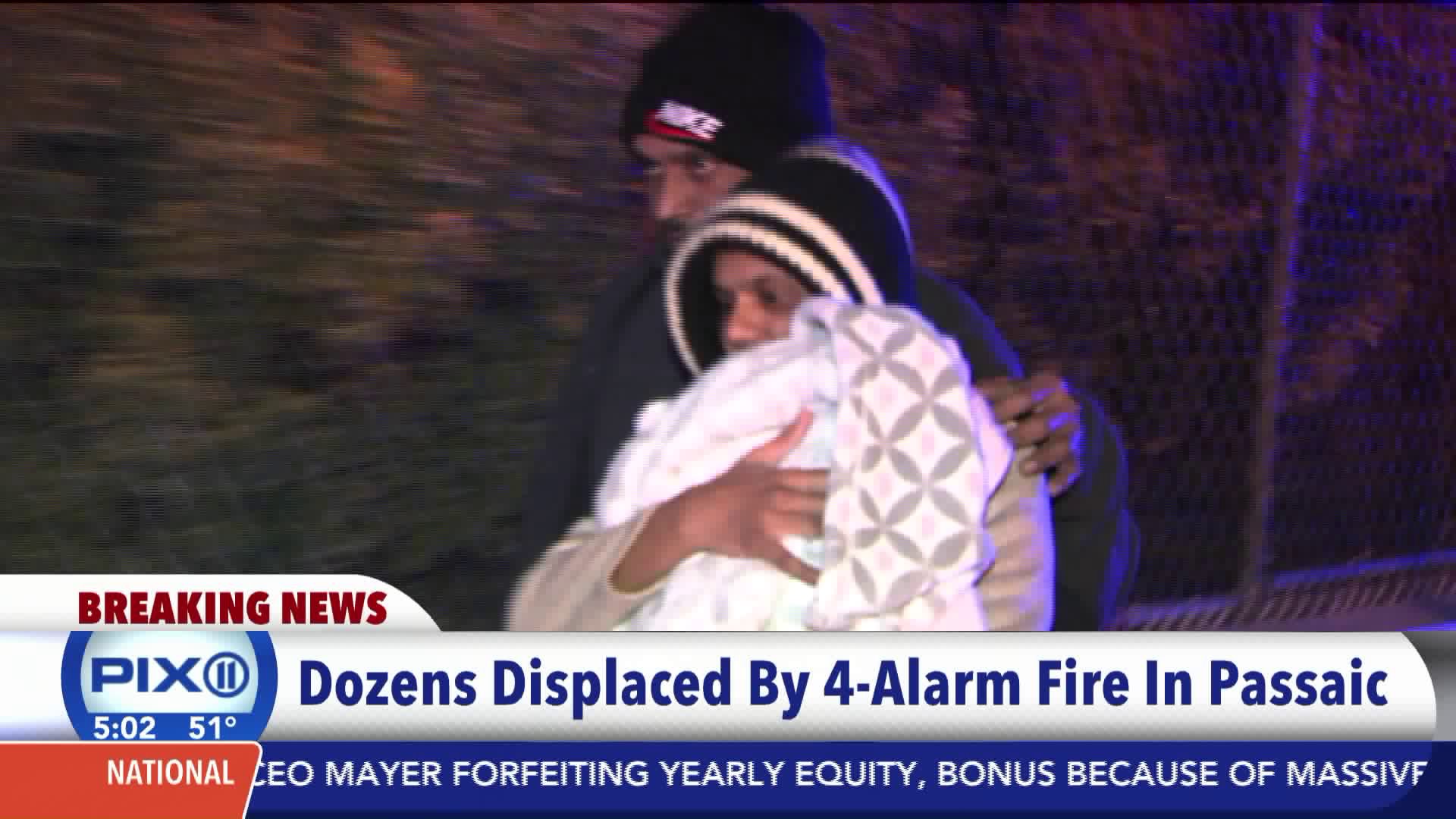 More than 100 families were displaced in a fire that ripped through a 4-story apartment building in Passiac early Thursday, the city`s mayor said.

PASSAIC, N.J. – More than 100 people were displaced in a fire that ripped through a 4-story apartment building in Passaic early Thursday, the city's mayor said.

The fire began about 1:30 a.m. at 99 Gregory Ave. and quickly spread up three floors. Authorities say 120 people were displaced by the fire and are being assisted by the Red Cross as the city finds them temporary housing. The blaze was placed under control two hours later.

The building structure made it easy to spread the heavy fire and the wind didn't help, according to battalion chief Christopher Szczygiel of the Passiac fire department.

"Behind the sheet rock is a virtual lumberyard, which allows for rapid fire extension to the upper floors," Szczygiel said.

One resident thinks the wind is mostly to blame.

"It was all fire it started on the first floor faced to the fourth floor because the wind was so high," Jinal Rana said.