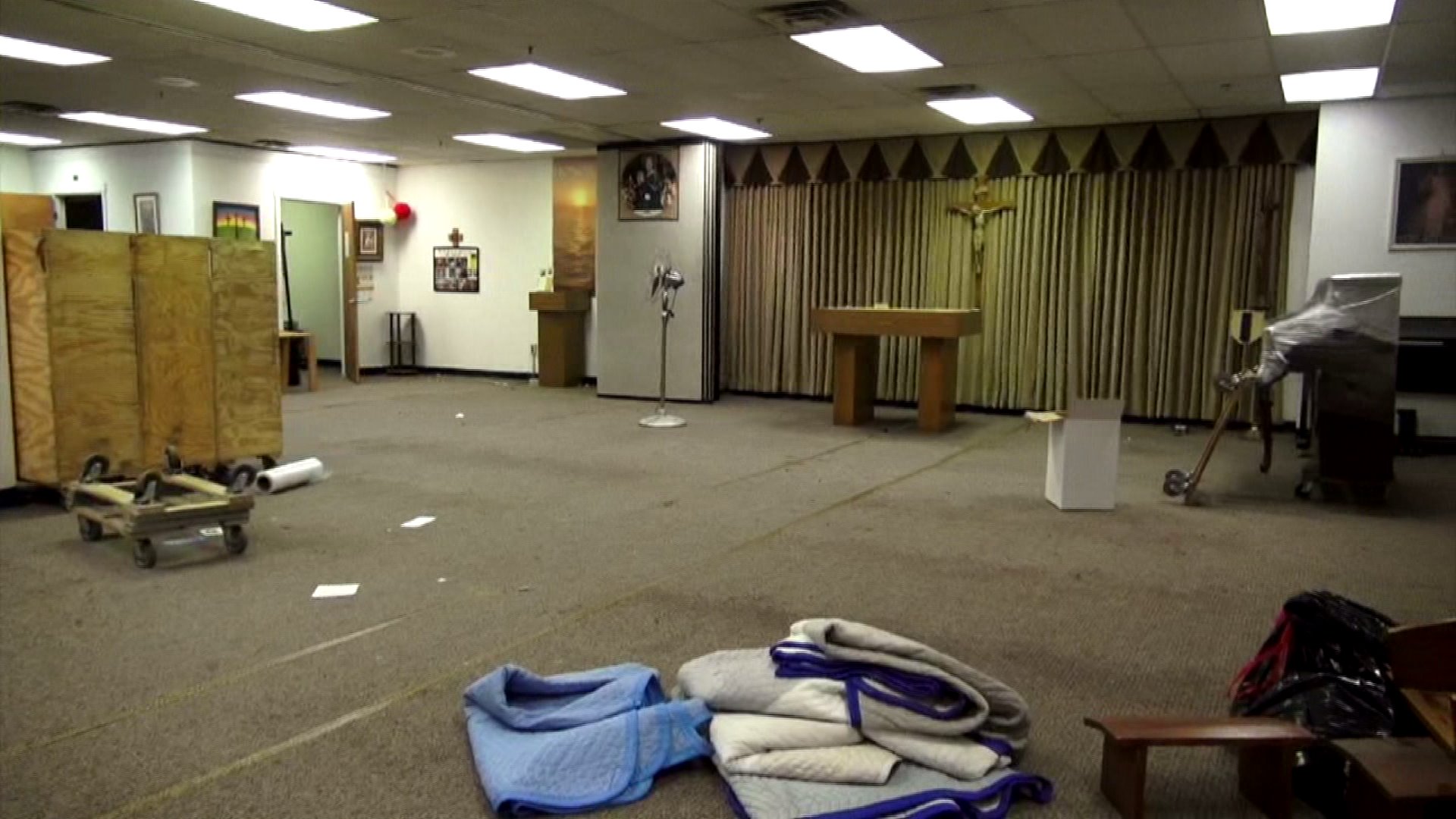 Congregants spent Thursday packing up the church inside the Paramus shopping mall.

PARAMUS, N.J. — Possibly the last chapel inside a shopping mall in North Jersey is closing. St. Therese’s "Chapel on the Mall" has been in the Bergen Town Center for 47 years. Now, they say they’re being evicted.

"I really found this to be a place where I can grow spiritually," said Joyce Cochran, a congregant. She volunteered to help pack up Thursday.

"This place is close to my heart, so I wanted help anyway I could."

The chapel is accessed through a nondescript door beside Marshalls, up an elevator and down a long hallway.

Father Eugene Bettinger says they were evicted once before. He says they were ousted from the mall basement about 10 years ago to make room for a Target store.

"The difference this time is instead of staying in this mall, we need to go outside this mall," he said. "That's what makes it more difficult because Paramus is a high scale rental area."

Every other space they've considered moving to is asking for rents that are triple or quadruple what they pay now. The chapel had a month-to-month lease for the 5,000-square-foot space that cost them only $2,000 per month.

Over the past decade, high-end outlets have moved into the Bergen Town Center. Father Eugene says mall management plans to fill their chapel space with something else, possibly with more retail.

"Our people generally have an attitude of gratitude, rather than a resentment. They would like very much for us to have another location and because I was able to do it once before, they have a lot of confidence in me. Maybe too much," said father Bettinger.

They have two weeks to clear out of the space, and they hoping to be up and running in a new location by May.