Woman tries walking on subway tracks from Brooklyn to Manhattan 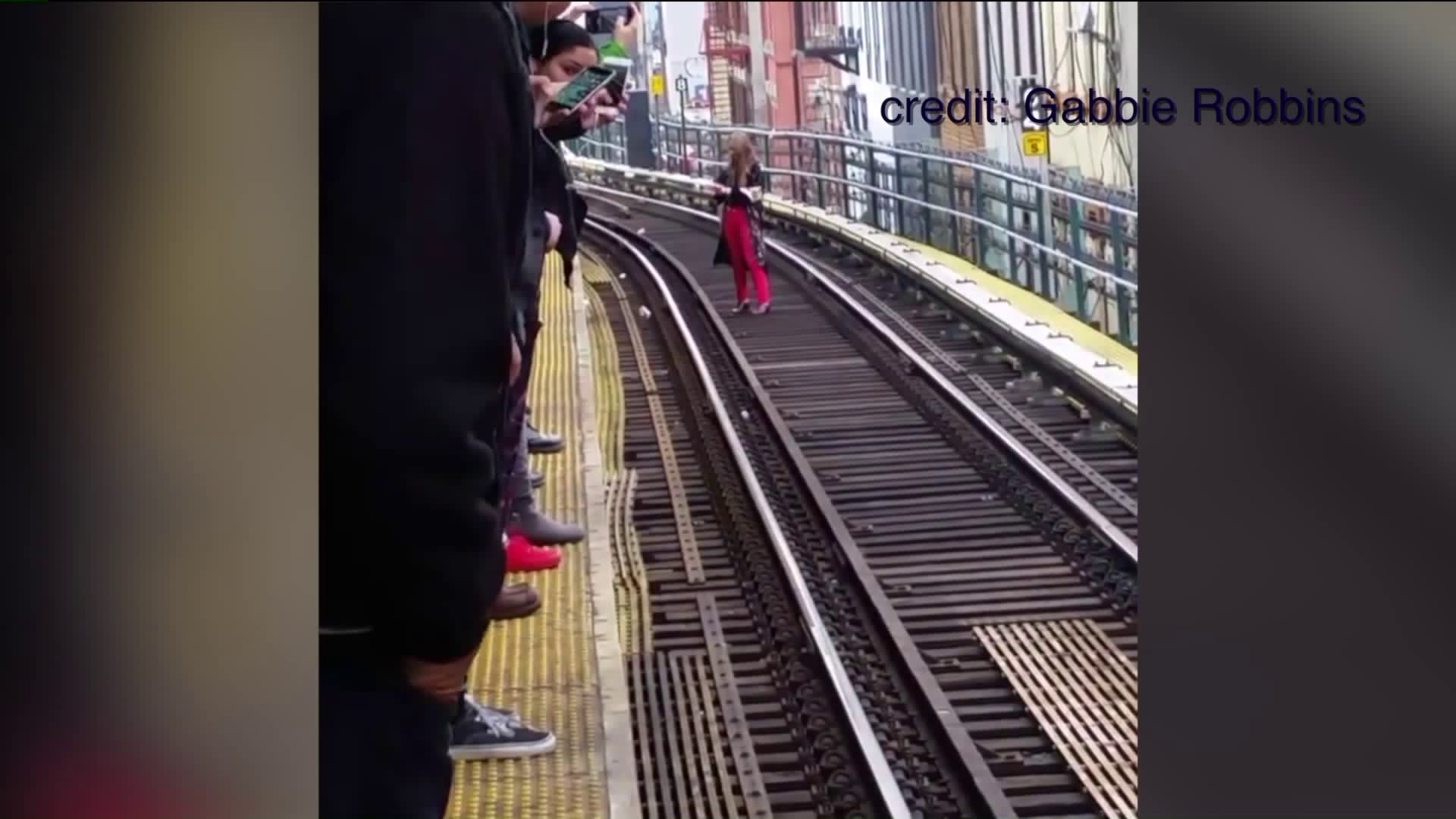 Witnesses say she jumped on the tracks and started walking.

BUSHWICK, Brooklyn — A woman was taken into police custody Wednesday morning after she was caught walking on the subway tracks in Brooklyn.

Police say the woman jumped on the tracks at the Myrtle Avenue J train station and began walking.

Other commuters tried calling for her to get back onto the platform but she wouldn't listen, and started to run.

Police were able to catch her before a train came.

She was taken to the hospital for evaluation.

It was not immediately clear if she would be charged.