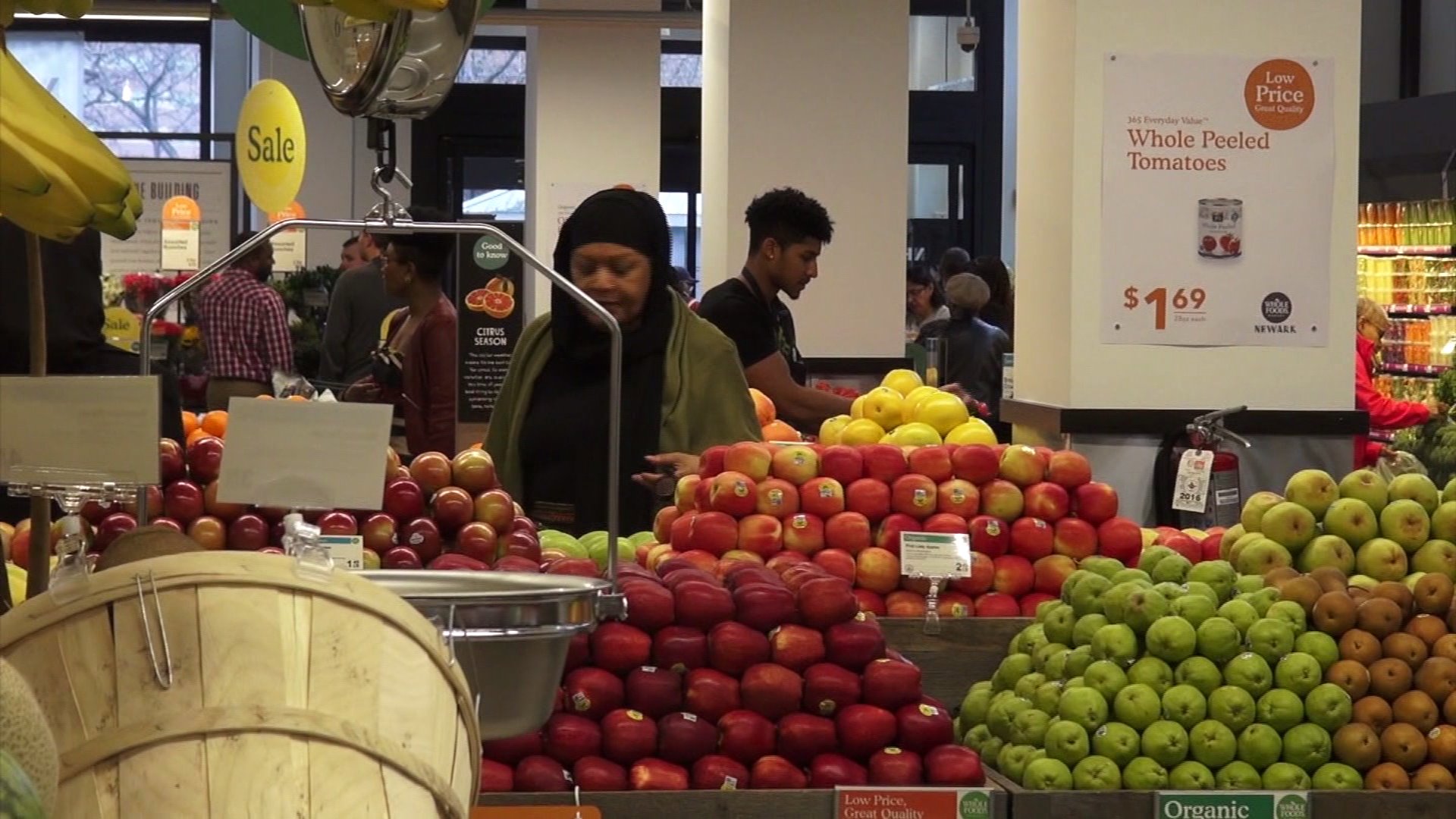 Many see the grocer`s grand opening as a symbol of startling change, as development is popping up all around the city.

NEWARK — Whole Foods has opened a store on Broad Street in central Newark.

Many see the grocer’s grand opening as a symbol of startling change, as development is popping up all around the city.

"I’m predisposed to diabetes and high blood pressure," Brenda Brooms, 69, of Newark used to drive out of town to feed her healthy food-fix. Now, she's living just a few blocks away from the new Whole Foods.

People who live here said Newark used to be a food desert. But now the vegetables, fruit and local foods are stacked high. And so is the growing list of developments.

"Prudential’s investment in their new tower; the building that's going up across the street from NJPAC; the one theater square - all of the development that's happening around here, the excitement in Newark, we’ve been pushing very, very hard to get these things across the finish line," said Newark Mayor Ras Baraka. "I think the opportunity and the time is now, and people see that. They see Newark turning a corner and they want to be in on it, on the ground level."

The Mayor isn’t just selling his city. Newark is enjoying a moment. And some see Whole Foods as a stamp of reassurance that Newark is now headed in the right direction, after decades of doubt.

"Newark is the destination. It's the place to go, where to be. It's the new he new happening thing," said Mayor Baraka.

But some also want to see this rising tide lift all ships.

"I think its an awesome thing, I'm not talking anything negative about it. It's just that I want it to be where it can stabilize and be with everyone and not just a certain category of people who have a certain amount of money," said Newark resident, Tighe Rouse.

While the central ward is getting lots of interest from developers, Newark's south and west wards are still struggling with crime and poverty.

The next big thing to watch for? The redevelopment of Newark’s waterfront into a vibrant park space. The city plans to break ground on that this summer.