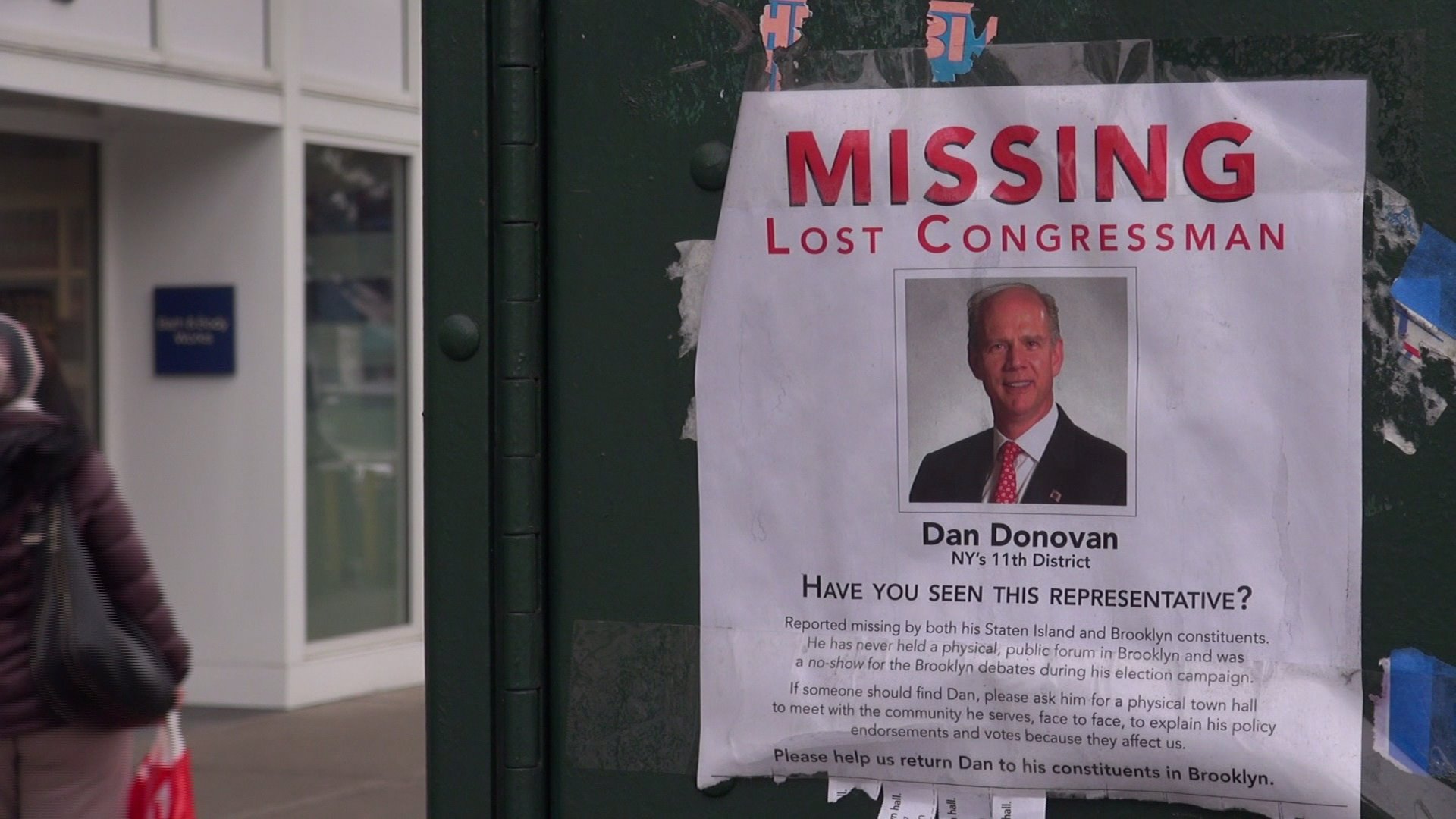 Missing posters are popping up around Bay Ridge as voters search for a "missing" congressman.

BAY RIDGE — Missing posters are popping up around Bay Ridge as voters search for a "missing" congressman.

The South Brooklyn Progressive Resistance and several other groups have organized protests outside the office of Republican Dan Donovan. The groups want the Congressman to hold a traditional town hall to answer questions about his voting record on President Trump's travel ban and the Affordable Care Act.

"I think the biggest issue is that he accurately represents his constituency and the only way he can accurately do that is if he listens," said Costa Kokkinos, one of the founders of The South Brooklyn Progressive Resistance.

But Donovan has opted instead for smaller face to face meetings and a tele-town hall to reach his constituents. A spokesperson told PIX11 News that the congressman's staff reached out to 55,000 phone numbers and had 14,000 people call in.

"Tele-town halls are part of Congressman Donovan’s commitment to reaching and listening to his constituents," said Press Secretary Alexia Sikora. "Tele-town halls reach tens of thousands of people from the comfort of their living rooms. Parents have to make dinner for their kids, some adults may have to care for elderly relatives, some people just don’t want to go out after work – and this is allows for people with busy schedules to participate from their homes."

Kokkinos disputes the number of participants, which PIX11 has been unable to verify independently, and added that the Congressman did little to publicize the event. Donovan did sit down with several of the activists to talk about their concerns and Kokkinos says the groups want to work with the Congressman while he's in office.

But the groups won't stop until Donovan makes a public appearance and they'll continue to try and find his replacement next election.

"Everyday I get calls and e-mails from Park Slope, South Slope, Sunset Park, these are people that are not in district 11, but they have their crosshairs on District 11 because it's the closest Republican representative that they can tackle."