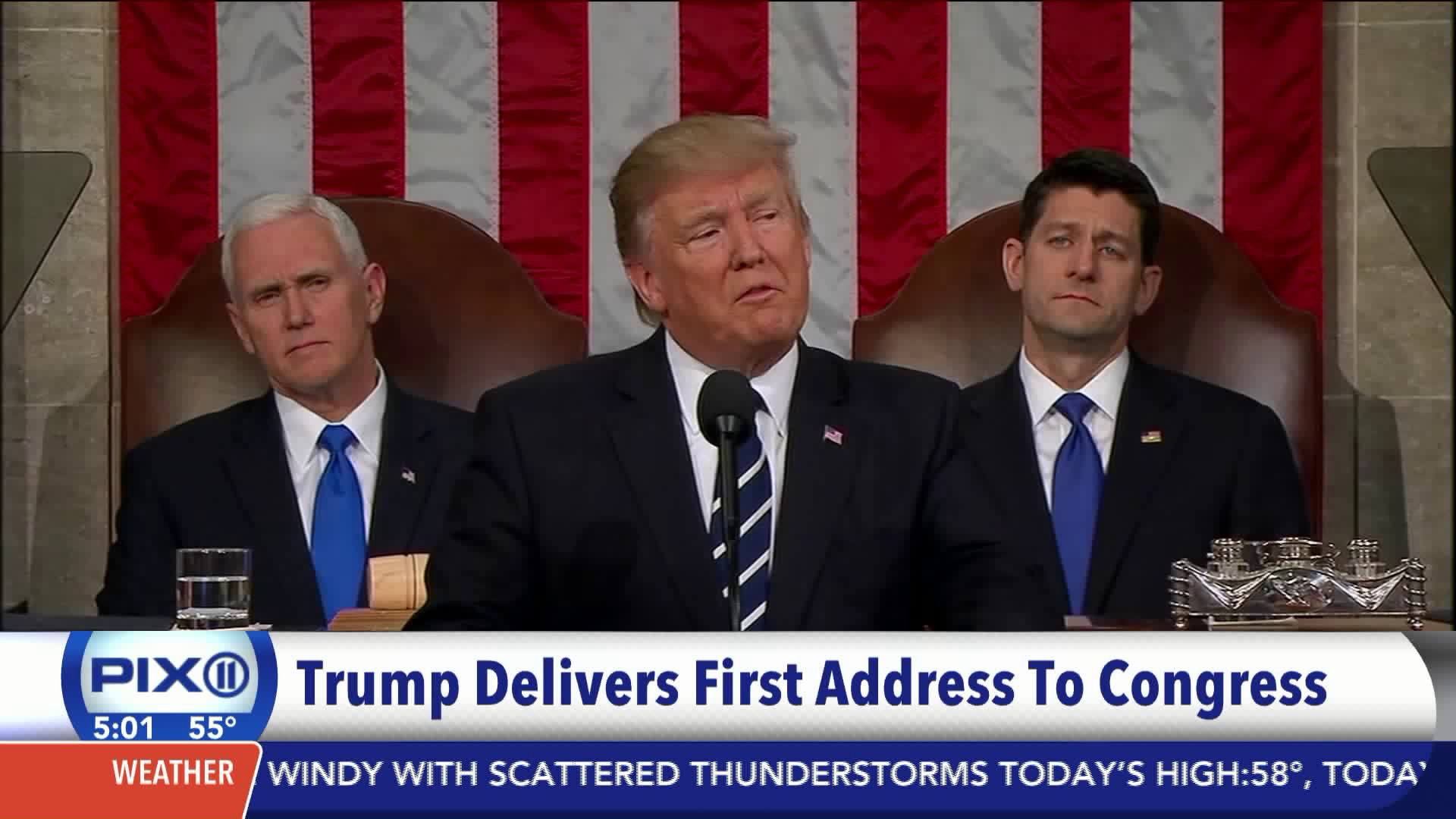 WASHINGTON –President Donald Trump has delayed plans to sign a reworked travel ban in the wake of positive reaction to his first address to Congress, a senior administration official told CNN.

The decision came late Tuesday night as positive reviews flooded in for Trump's speech, which struck a largely optimistic and unifying tone.

Signing the executive order Wednesday, as originally indicated by the White House, would have undercut the favorable coverage. The official didn't deny the positive reception was part of the administration's calculus in pushing back the travel ban announcement.

"We want the (executive order) to have its own 'moment,'" the official said.

The sudden change of plans came as Trump and his top advisers returned to the White House after his address to a joint session of Congress on Tuesday night.

Trump's original executive order, signed a week after he took office, banned citizens of seven Muslim-majority countries from entering the US and temporarily suspended the entry of all refugees. A federal court issued a temporary stay that halted implementation of the travel ban earlier this month, a decision that was later upheld by a federal appeals court.

While sources caution that the document has not yet been finalized and is still subject to change, there will be major changes:

· The new executive order will make clear that legal permanent residents (otherwise known as green card holders) are excluded from any travel ban.

· Those with validly issued visas will also be exempt from the ban.

· The new order is expected to revise or exclude language prioritizing the refugee claims of certain religious minorities.

Speaking in Munich, Germany, earlier this month, Department of Homeland Secretary John Kelly promised a "phased-in" approach to minimize disruption this time around.

But what remains to be seen are the other key aspects of the new executive order, especially in terms of refugees, including:

· What happens to the suspension of the refugee program for 120 days?

· Will the cap on the number of refugees change? The first version of the executive order caps it at 50,000 for fiscal year 2017.

Two sources also expect that the President will formally revoke the earlier executive order, despite repeated statements from White House press secretary Sean Spicer that the two orders would co-exist on a "dual track."

The administration could potentially argue that the existing challenges to the original executive order are moot, but the challengers tell CNN the legal battles will likely continue even after the new order is signed.

"Exempting lawful permanent residents and current visa holders will not cure the core legal problem -- that the ban was motivated by religious discrimination, as evidenced by the President's repeated statements calling for a Muslim ban," ACLU attorney Lee Gelernt explained. "That discriminatory taint cannot be removed simply by eliminating a few words or clever tinkering by lawyers."