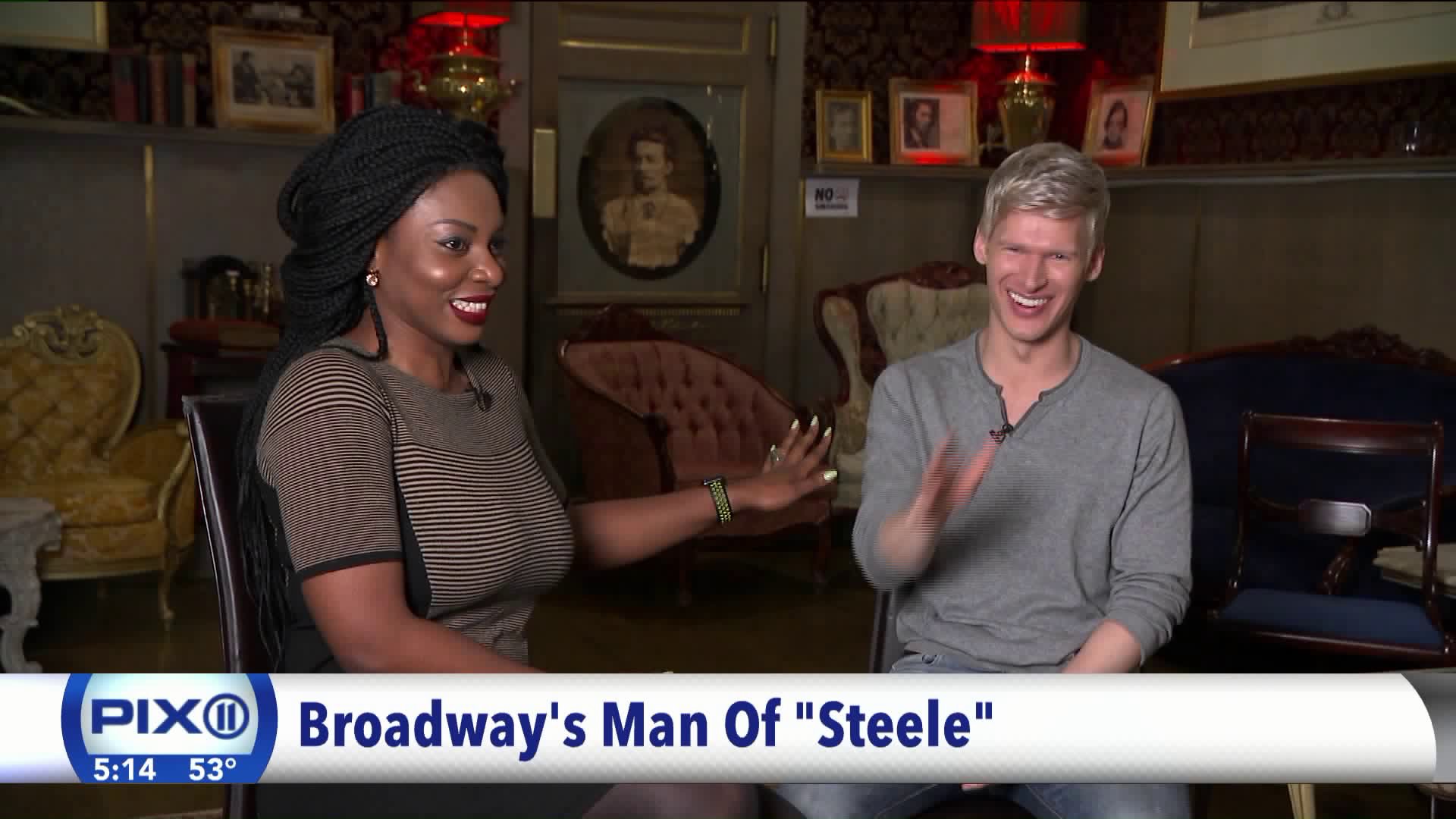 PIX11’s Ojinika Obiekwe sits down with Broadway star, Lucas Steele, who is playing Anatole in The Great Comet. Drawing inspiration from a 70-page portion of Leo Tolstoy’s Russian masterpiece War and Peace, The Great Comet follows Natasha, a young girl who forms a relationship with the attractive rebel Anatole while her betrothed Andrey is off fighting. Andrey’s best friend Pierre remains on high alert as the new romance blossoms. Steele is one of only two actors who have stayed with the production since its debut at Ars Nova in 2012. The Great Comet is currently playing at the Imperial Theatre.

Steele made his Broadway debut in the 2006 revival of The Threepenny Opera, playing the ensemble roles of Harry and Velma while understudying the role of Lucy Brown.

In the fall of 2006, Steele was signed to a four-year development deal for a commercial music project. From 2006-2010 he focused on writing, producing, conceiving and developing a conceptualized electro/rock/pop album in Europe. While working on the album, Steele continued to travel between the United States and Europe, originating roles in the world premieres of 'Oliver Twist', presented by Theatre for a New Audience off-Broadway (in 2007) and 'It's Only Life', premiering at the Rubicon Theatre Company in Ventura, CA (in 2008). In 2009, he returned to the West Coast, cast in Theatre For A New Audience's critically acclaimed production of 'Othello' at the Intiman Theater in Seattle, WA. In 2010, after participating in two years of developmental readings, Steele originated the role of Terry Savage in The New Group production of The Kid, based on the best selling novel by writer/author/activist Dan Savage. After completing its run, Steele returned to Europe, entering the last chapter of the fated music project, ultimately leaving the deal in February 2011.