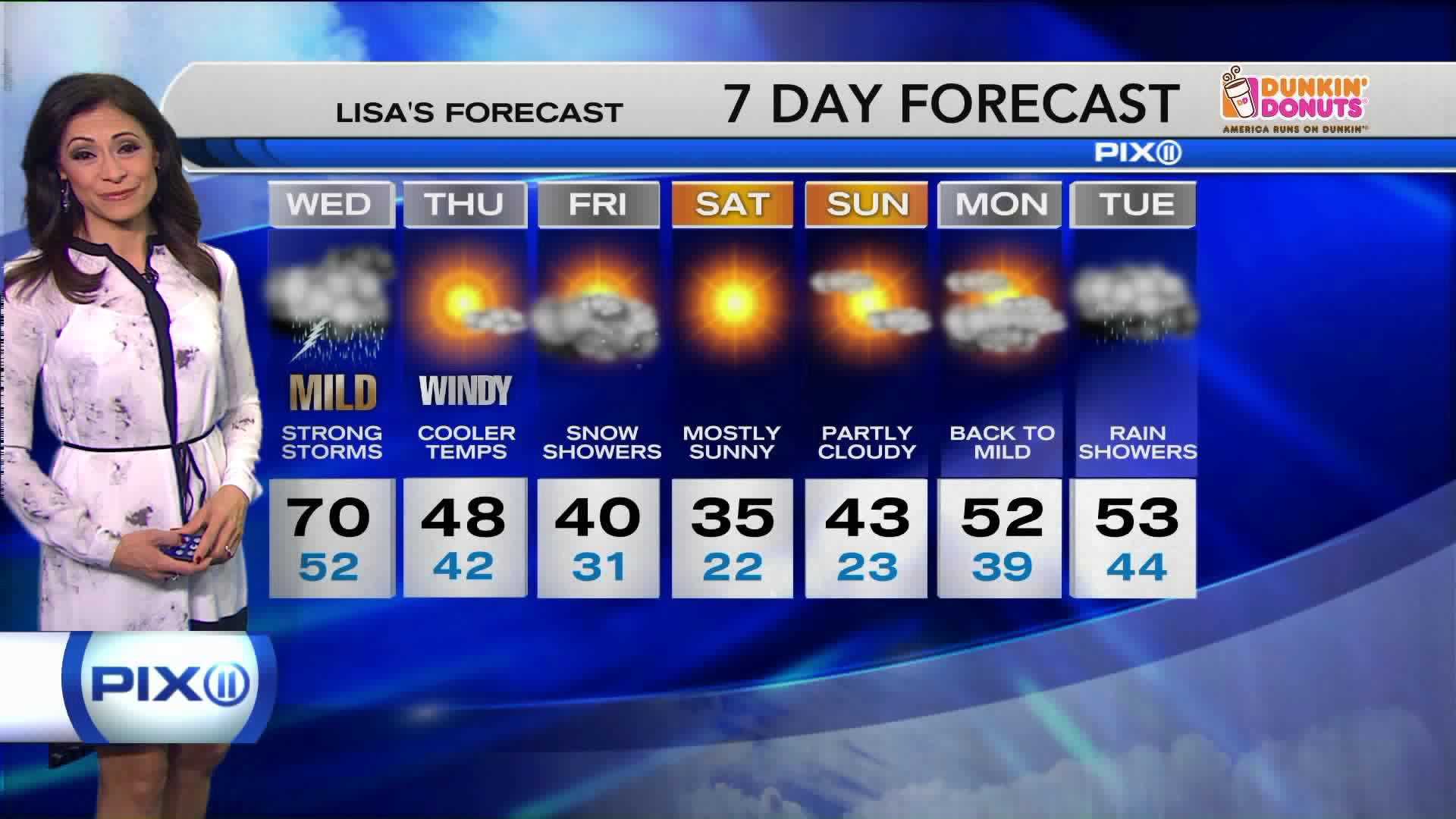 Grab your umbrella! You`ll see storms all day and temperatures in the 70s.

NEW YORK — Thunderstorms will rumble and rain will soak the tri-state Wednesday accompanied by spring-like temperatures that could break record highs, before winter returns and the mercury slides back into the range typically expected this time of year.

Expect on-and-off rain to last through the evening on Wednesday followed by gradual clearing toward Thursday morning.

The mercury could climb toward 70 degrees, flirting with the record-high which was set on March 1, 1972, when the temperature hit 73 degrees in Central Park, according to the National Weather Service. The normal high for the start of March is 45 degrees.

But the spring-like weather will be short-lived.

As the temperatures drop into the 40s on Thursday, the wind will pick up with gusts up to 50 mph.

The National Weather Service has issued a wind advisory from 1 a.m. to 6 p.m. Thursday for the five boroughs, northern New Jersey and the northern suburbs.

Snow showers are possible Friday as a fast-moving Alberta Clipper moves through the area. The high temperatures will be 40 degrees in the city and upper 30s in the suburbs.