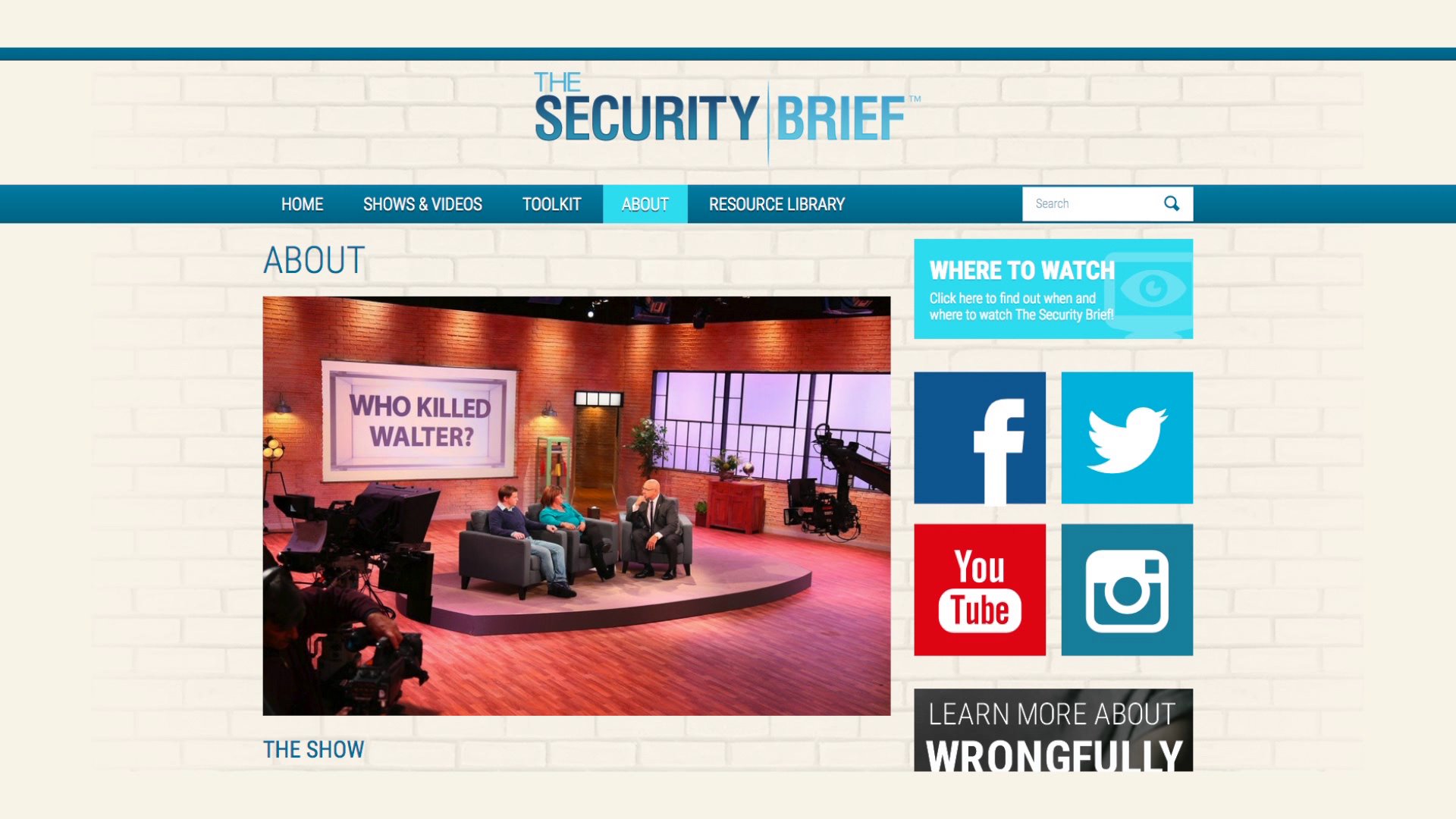 Security Brief is about crime and how to protect yourself.

Security Brief is about crime and how to protect yourself. Produced in a New York studio, it’s on the air in 29 cites, though not in the tri-state area. Between May and December, 2015, almost 70 episodes were produced. But former workers say there were problems getting paid.

Murphy sent out checks during and after production, but many of them bounced.

“I had six bounced checks that were never covered,” says the show’s former line producer, Jessica Taubenfeld, who is owed more than $8,000. “I thought I could trust this woman and I thought I would get paid eventually and I didn’t.”

Michael Spiteri, Security’s Brief’s former tech manager, says he’s owed $10,000. He believes Murphy thought she could sell the show to TV stations soon than she did. “They kept shooting for weeks when they didn’t have the money to pay anyone.”

Former employees say some people who worked on the show did get paid, including Terry Murphy’s son. Taubenfeld says his checks didn’t bounce. “God forbid they bounced. He would have thrown a hissy fit.”

After receiving complaints from former employees, the New York State Attorney General’s Labor Bureau conducted an investigation, and found The Security Brief violated the State Labor Law. Terry Murphy signed an agreement to pay the 41 employees their back wages in four separate payments, ending on January 30, 2017. But she has not made any payments, reportedly claiming she has no money.

Murphy would not do an on-camera interview with PIX11, but it a recent letter to former employees, she says she’s now speaking with some investment bankers and hope to have money by April to “pay our past debt” and “resume production."

However, if she’s unsuccessful in getting funding, an Attorney General spokesperson says there’s not much more that can be done. Jessica Taubenfeld says “make her pay. She should have gone to jail for what she did to us.

Michael Spiteri says “I think she gambled and lost. But she gambled with our money.” What a Shame!

If you’ve got a story idea for me, email me at WhataShame@pix11.com.

Correction: The story's headline initially misreported the amount owed. It has been updated with the correct information.