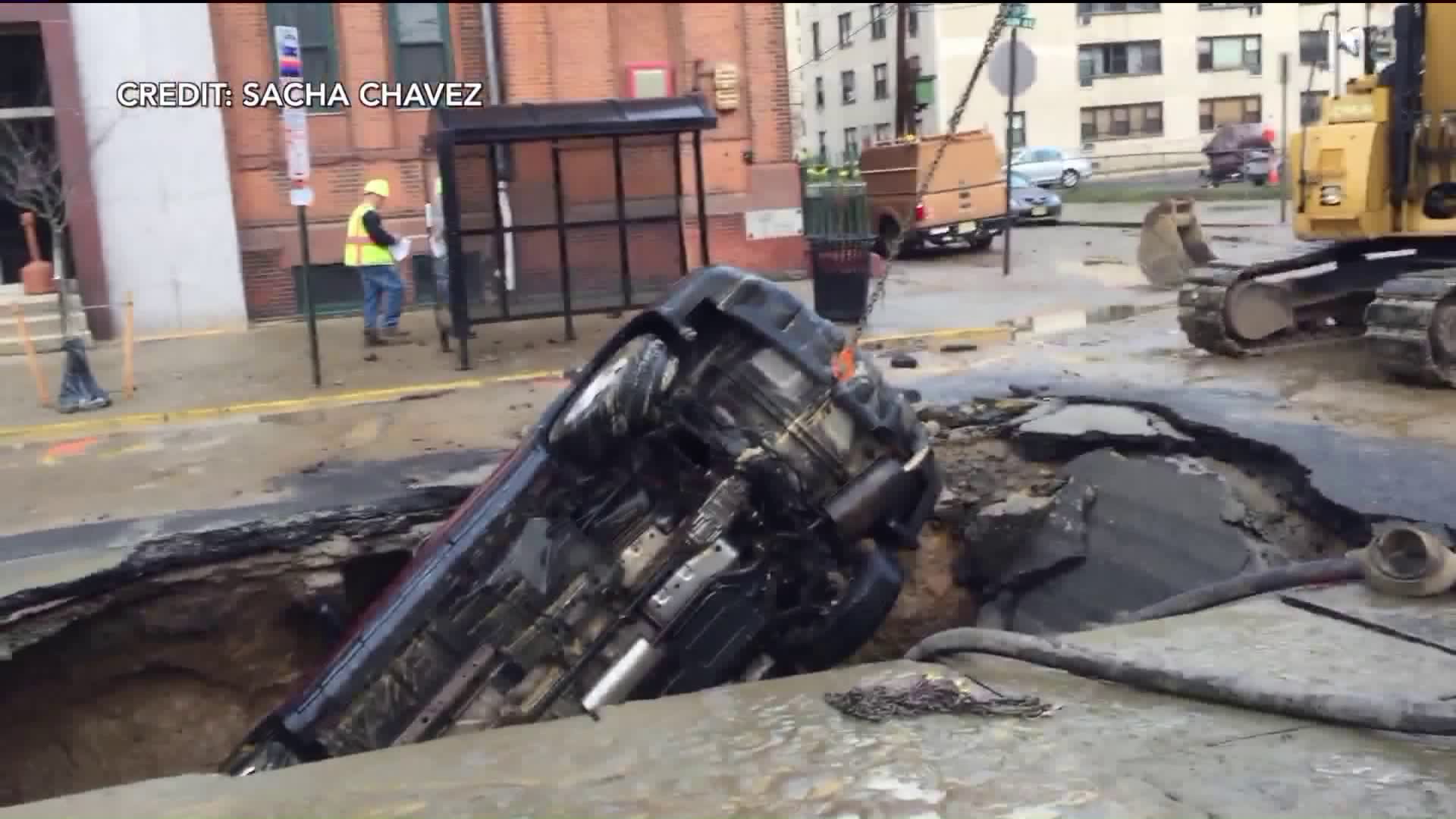 The parked SUV was fully submerged in the sinkhole.

HOBOKEN, N.J. — Multiple streets were closed during the rush-hour commute, and a vehicle fell into a large sinkhole when a water main broke Tuesday morning in Hoboken.

The situation prompted the closure of Willow Avenue and Clinton Street between Sixth and Fourth avenues.

A parked SUV became fully submerged in a sinkhole during the ordeal; it was later towed from the scene.

A local elementary school, Our Lady of Grace, was closed because of the incident, according to its principal.

Officials have not said how long repairs will take.

The 126 buses were temporarily impacted, but have since resumed, according to NJ Transit.