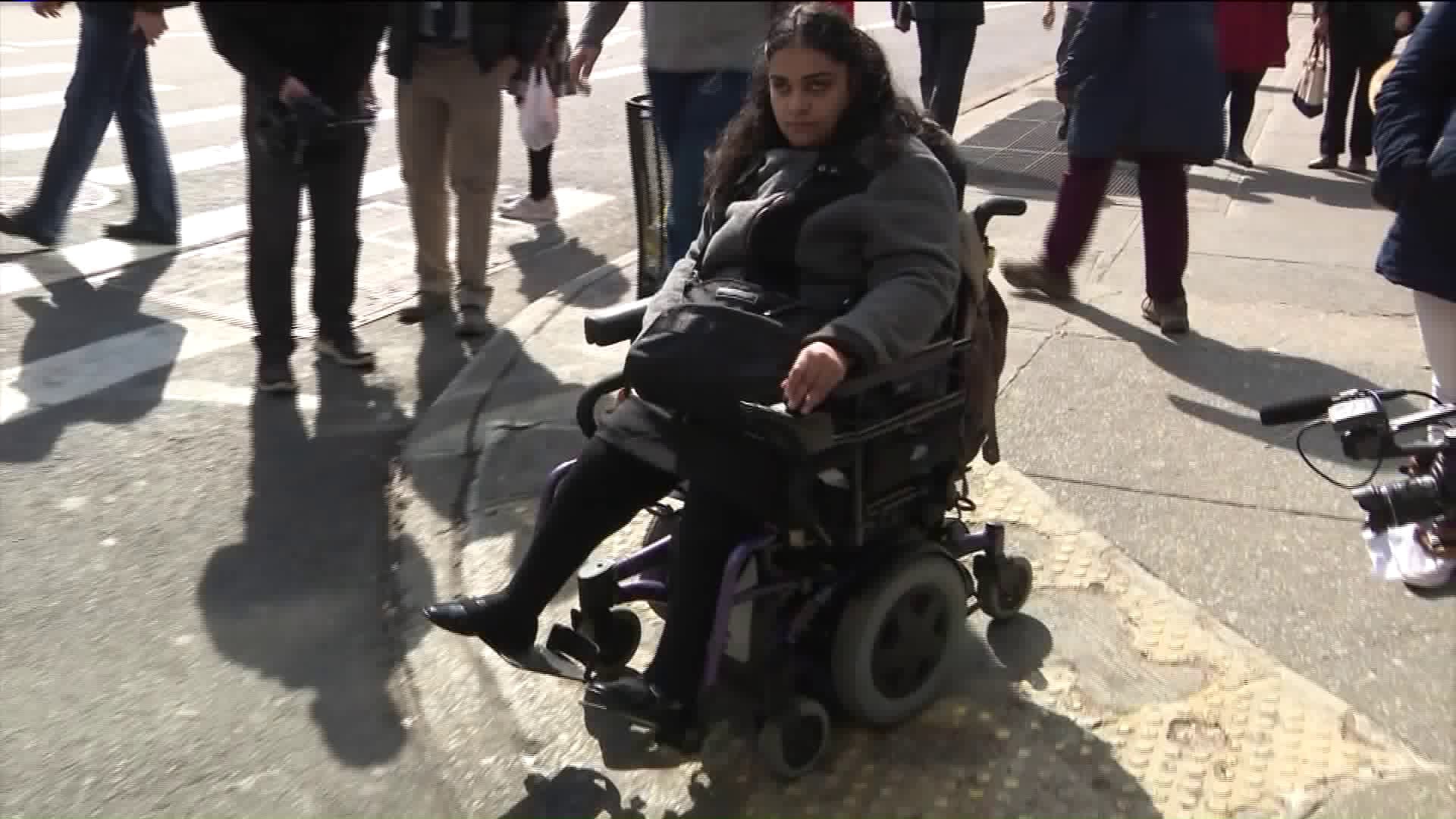 A settlement from 1994 was supposed to bring city sidewalks up to code with the American with Disabilities Act, and yet was never enforced.

NEW YORK — Crystal Rivera suffers from cerebral palsy and has been in a wheelchair for as long as she can remember.

She has lived independently for some time, but admits getting around New York City streets is a daily struggle and almost an obstacle course. Rivera said it's so bad at times she worries she could get stuck in potholes until someone comes along to help her.

"Simple traveling is not a thought for other people. We really got to think about it. I find myself looking down a lot," explains Rivera.

Public Advocate Letitia James on Tuesday said the city failed to maintain pedestrian sidewalks and provide access to those with who are visually impaired, rely on wheelchairs and walkers.

In fact, James said a settlement from 1994 was supposed to bring city sidewalks up to code with the American with Disabilities Act, and yet was never enforced. Now, a second settlement between the city and United Spinal Association could make that original deal even worse.

"It's a bad deal for every New Yorker. It's not a priority and it's really a reflection of our priorities," said James.

A recent study conducted by the Manhattan Borough President's office made some startling findings.

After canvassing 1357 curb cuts in the borough it found nearly 89 percent had no raised safety bumps, 28 percent were too steep, 11 percent were missing entirely and 6 percent led directly into a pothole.

In a walking tour just blocks from City Hall, PIX11 cameras saw a curb that would lead a disabled individual directly into a busy intersection. A raised lip on a curb may appear to be no big deal for the average New Yorker, but tested against Crystal Rivera's wheelchair, it could leave her stuck or damage her mode of transportation,

In response to Letitia James' legal action against the city, a spokesperson for Mayor Bill de Blasio said:

“The City has dedicated significant resources to install and upgrade pedestrian ramps in recent years, including a focus on lower Manhattan as the post 9/11 construction winds down. We are committed to working with the special master and representatives of the disability community to further strengthen this program.”