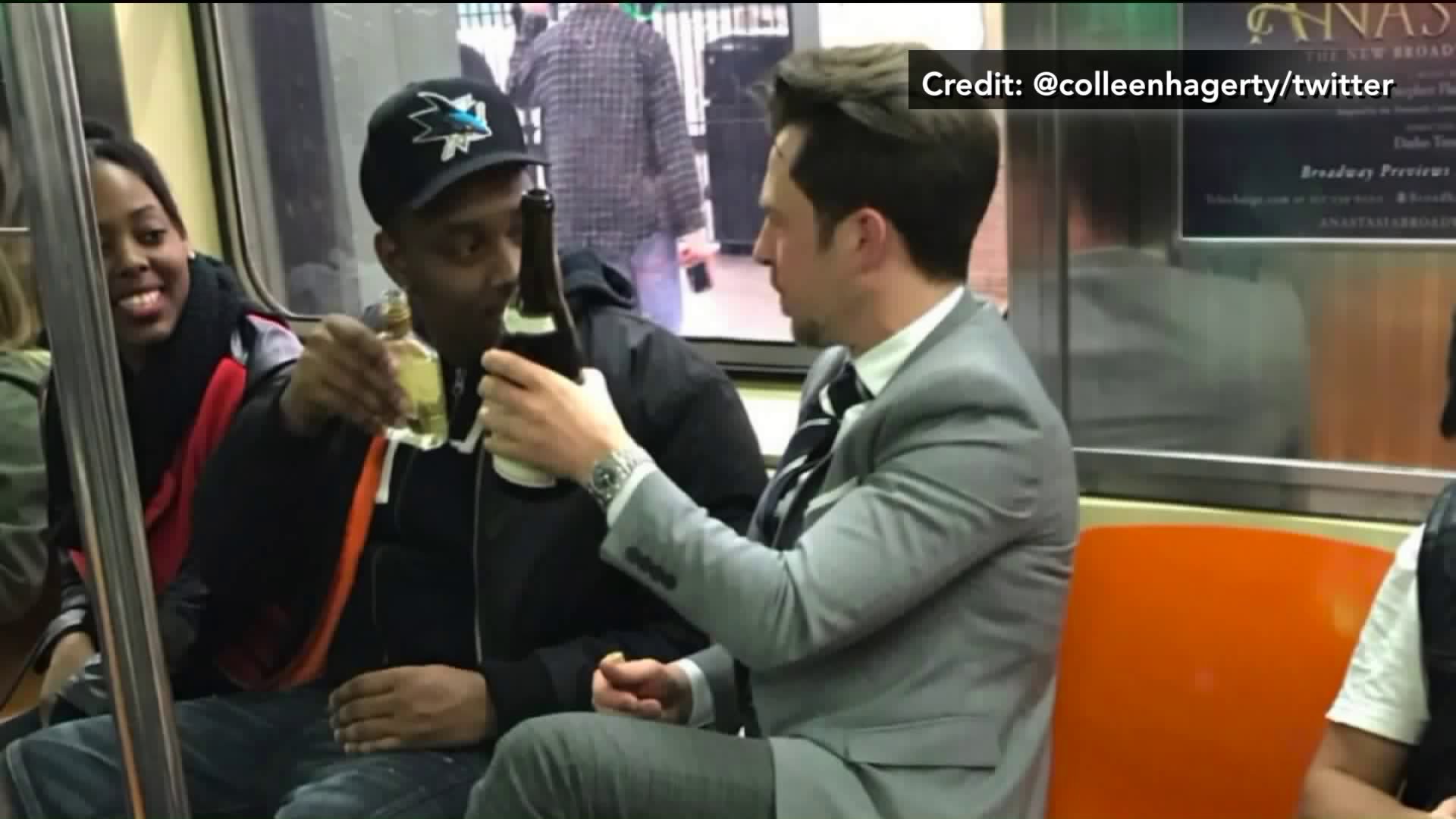 They drank together when the bottle of wine rolled by.

NEW YORK – This is what this city is all about.

A bottle of wine rolled underneath the seats, and what happened next shows the true humanity of New Yorkers.

A Twitter photo gone viral taken on Saturday night on a No. 6 train. Two men, both strangers, one holding a small bottle of liquor and the other a bottle of wine. The latter rolled from underneath their subway seat.

A full bottle of wine just rolled out from under a subway seat and now these 2 strangers popped it open & are drinking it. This is peak NYC pic.twitter.com/lni474aoY9

They're seen toasting, not sure about what, but you can definitely see the feel good exchange in the photo. The responses to this only-in-New York moment are very New York.

"I think that's what New Yorker is all about. You meet someone on the train, find a bottle of wine and make friends," one rider said.

"I think its great, I mean why not," said another.