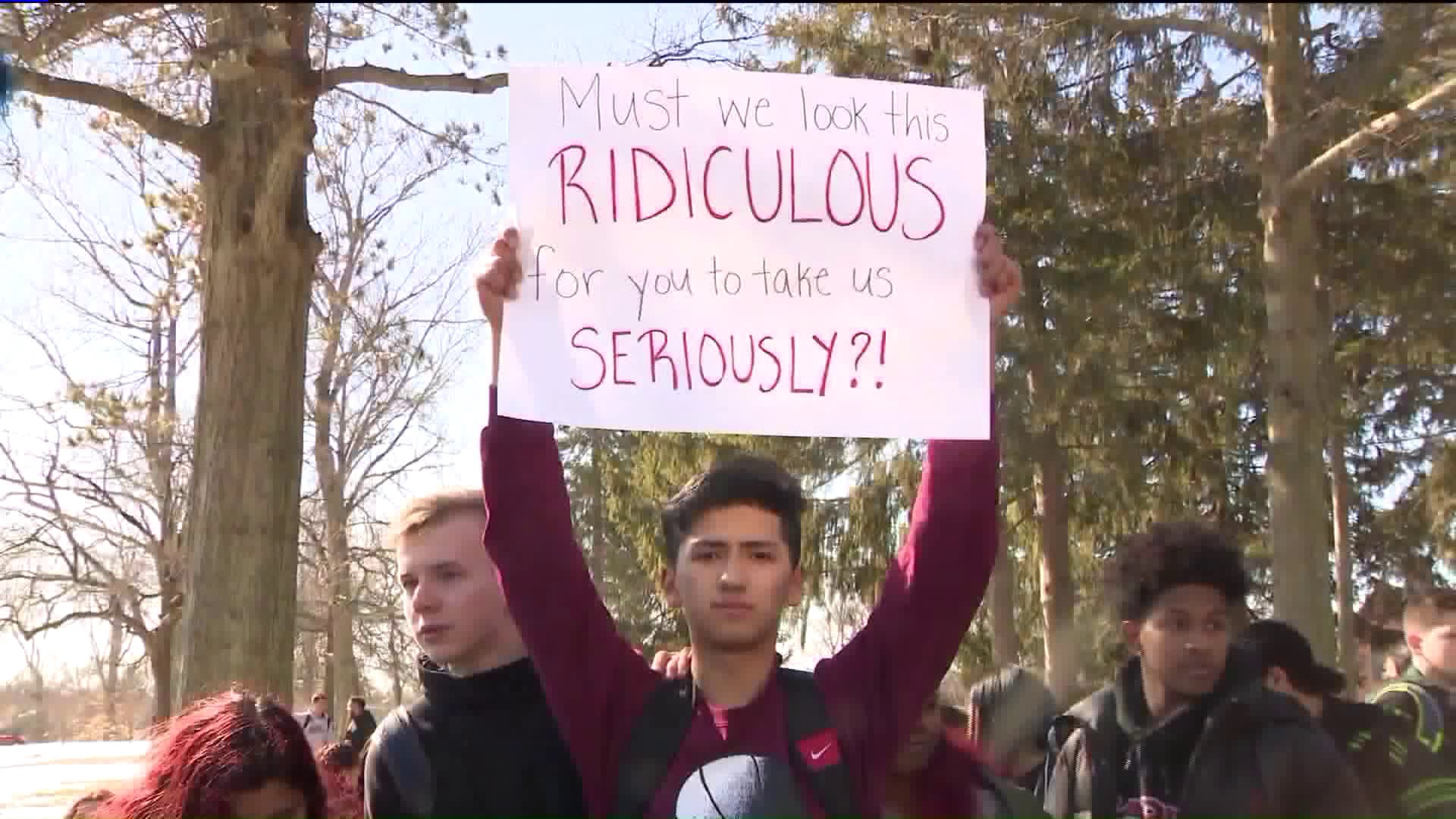 School officials told students they can`t guarantee their transcripts were mailed out.

ENGLEWOOD, N.J. – It's a situation at a local school that's been so severe that most of the students walked out of class and off campus in protest the week before last.

The superintendent in charge of Dwight Morrow High School had pledged to do everything possible to right the problem with the school's records management system by Monday. On the deadline day, students and teachers were grading the school system's response with a passing grade, but not high marks.

"I'm still nervous because I haven't heard back from any of my colleges," said Bianca Orozco, a senior at Morrow High. She is among the hundreds of students who boycotted classes on Feb. 17 to protest months-long problems with the school's website and software called Genesis. It keeps track of grades, attendance, tardies, transcripts and other records and has made numerous errors all school year, for most students.

The problems left many students with incorrect grades, credits, absences and other errors on the records they'd submitted to colleges, trade schools and employers.

Englewood's schools superintendent, Robert Kravitz, had said that over the winter break last week, he'd bring in hundreds of families to school to meet with consultant advisors to review, analyze and, if necessary, correct students' records.

Esther Gonzalez, Bianca's mother, came with her to her meeting with one of the school's interim counselors. Gonzalez had been skeptical about the school's ability to straighten out the academic record on file for her daughter, who's on Morrow High's honor roll and has nearly perfect attendance.

After their meeting last Wednesday to sort out Bianca's transcript, her mother was not much more optimistic.

"I don't have any confidence that it's going to be rectified by graduation," Gonzalez said, even though her and her daughter's meeting with the consultant showed that Bianca has more than enough credits to graduate.

"We don't know her grade point average," said Gonzalez about her daughter. "We know she's going to go to college," she told PIX11 News, but added that transcript trouble had led to Bianca having faulty college applications. Her daughter had not gotten into some of the colleges to which she'd applied, possibly as a result of errors in her transcript.

So now, the road to college, said Gonzalez, is "a Plan B, C or D, reflecting on what the school does. I'm kind of scared for my daughter," she added.

Morrow High School's principal, Peter Elbert, remains suspended with pay, along with three other administrators and a half dozen guidance counselors, as an investigation continues into what went wrong.

Those changes, however, have left some students, like Bianca, still wondering.

"We don't know who our guidance counselors are," she lamented, saying that her road forward to college is not being helped by any trained professionals, at least for the time being.

Also, she added, the college application materials that her school is supposed to file with prospective institutions have gone out late.

"I had an email from one of my colleges today," she told PIX11 News. "They got my mid-year report and my transcript. I thought it would send earlier than that."

PIX11 News contacted the schools superintendent, Robert Kravitz, multiple times for comment on this story. He did not return the calls.