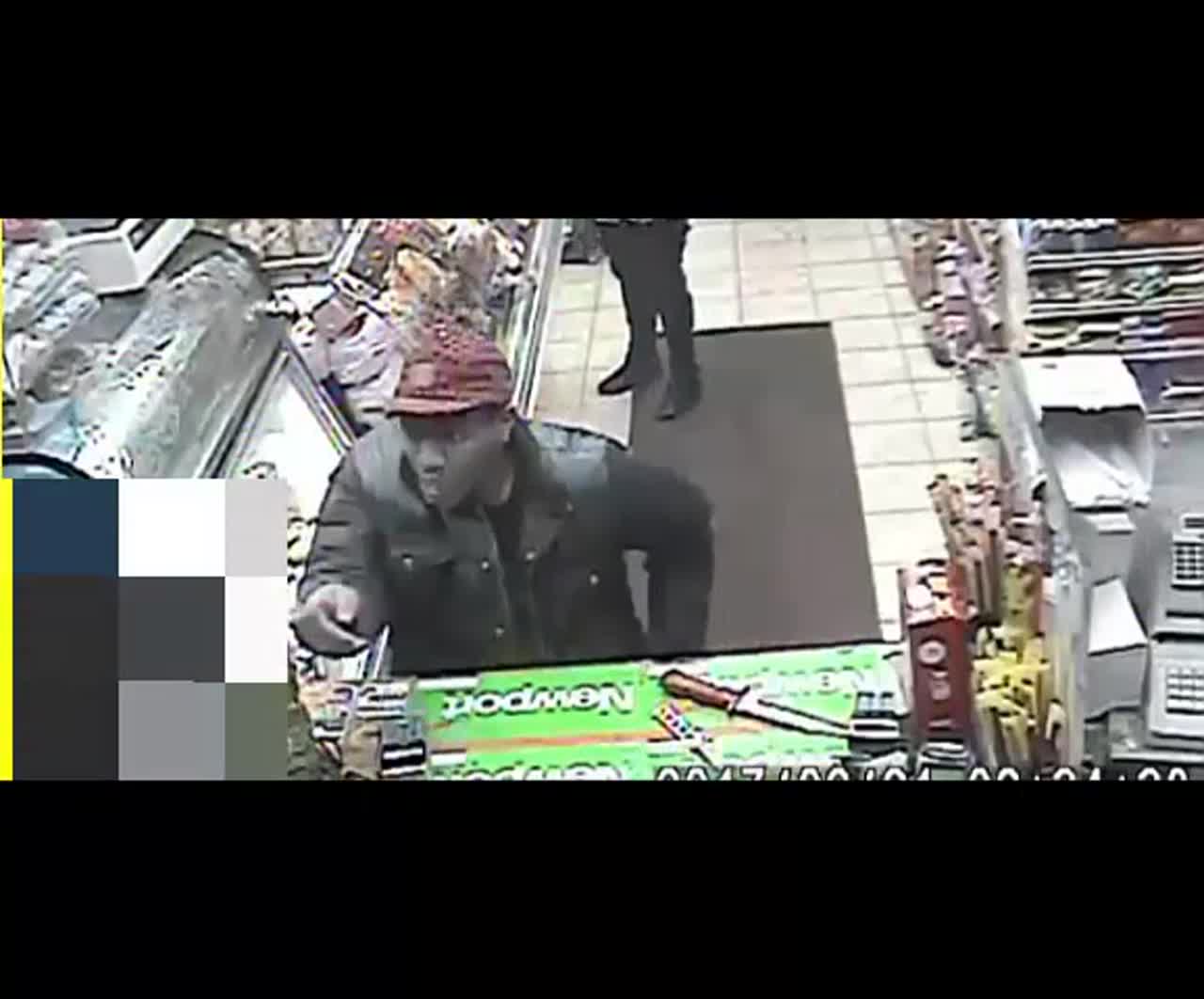 Police are looking for a knife-wielding man who attacked an 18-year-old in a Bronx deli last week, the NYPD said.

THE BRONX – Police are looking for a knife-wielding man who attacked an 18-year-old in a Bronx deli last week, the NYPD said.

Authorities released footage that shows the man walking into a grocery store on East Kingsbridge Road and brandishing two knives on Feb. 21, around 3 a.m.. He carried one knife in his hand and the other in his coat pocket before placing both on a counter and exchanged a few words with a deli employee, surveillance video shows. He then attacked the victim when he entered the deli, police said.

The victim sustained a laceration to his shoulder area and was removed to an area hospital for treatment. He is expected to recover

The culprit was last seen wearing a black jacket and a red baseball cap.