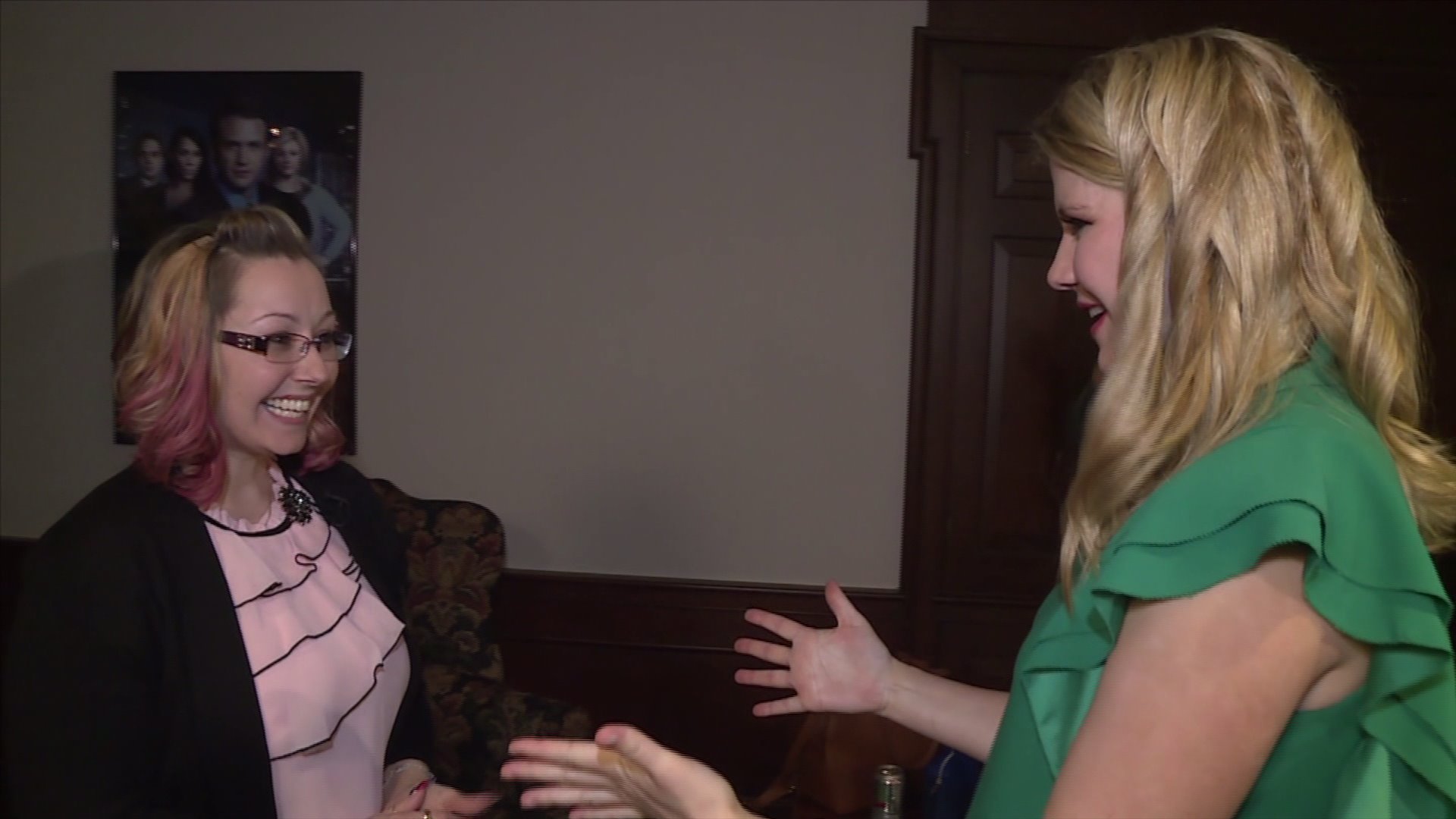 CLEVELAND, Ohio — Amanda Berry, 30, went to work this month in television, reporting a daily segment on Missing Persons for WJW TV in Cleveland, a sister station to PIX11.

Berry spent 10 years in captivity, after she was kidnapped the day before her 17th birthday in 2003.

She was held by her friend’s father, along with two other women, in the former bus driver’s house.

The captor, Ariel Castro, impregnated Berry, and she gave birth to his daughter in the house.

One of the other women, Michelle Knight, was beaten so severely during pregnancies that she miscarried five times.

These are the horrific memories Berry carries with her, and she met someone else this past week who knows what it’s like to survive severe trauma.

Elizabeth Smart, also 30, and now a correspondent for the nationally syndicated “Crime Watch Daily,” flew to Cleveland to meet a fellow survivor.

Smart was just 14 when she was kidnapped from her Salt Lake City bedroom by a deranged Mormon who wanted to take her as his new wife.

Brian David Mitchell had done some handyman work in Smart’s family home and took the teen to a mountain campsite several miles from her house.

She was raped multiple times a day, until she was recognized on a Sandy, Utah street nine months later, in 2003 — and rescued.

Smart hugged Amanda Berry when the two met at the studios of WJW in Cleveland and forged an instant bond.

“I remember the day she was found,” Smart told PIX11 by satellite. “Especially since that day, I have just always looked forward to just meeting her.”

Berry’s daughter is now 11. Smart has a 2-year-old daughter and told PIX11 she’s expecting a second child, a boy, in a matter of weeks.

She is celebrating her fifth wedding anniversary this week.

Although both Smart and Berry are recovering from their ordeals in their own ways, and celebrating their shared survivorship, both recalled the brutal aspects of their captivity when they got together.

“I absolutely had days when I would rather die than keep going,” Smart told Berry.

That spawned a teary response from Berry, who added, “I just wanted to say I felt the same way. I’m so happy I kept that hope.”

On each anniversary of her kidnapping, Berry would watch the local Cleveland news stations and see her mother make pleas for information about her missing daughter.

Ariel Castro was sentenced to life in prison, plus 1,000 years, but hung himself in his jail cell, a month into his sentence.

Smart’s captor is serving a life sentence in Utah.

“Pornography is so damaging,” Smart told PIX11. “I certainly think it plays a huge role in many, many cases. Certainly in mine. Certainly in Amanda Berry’s.”

Berry said Ariel Castro was a sex addict. Castro told a judge he was not a monster. “I’m sick,” he once said.

Berry seems to be enjoying her work in television and helping the families of Missing Persons has been fulfilling for her.

Smart began working with “Crime Watch Daily” last year and told PIX11, “It’s given me the opportunity to go out, to work with the survivors, to meet with the survivors. Rape and kidnapping and sexual violence and abuse: It happens a lot more than any of us ever thinks.”

“Crime Watch Daily” airs at 1 p.m. each weekday on PIX11 in New York and, on Wednesday, Elizabeth Smart will ask Amanda Berry if she is close to the other women she escaped with.