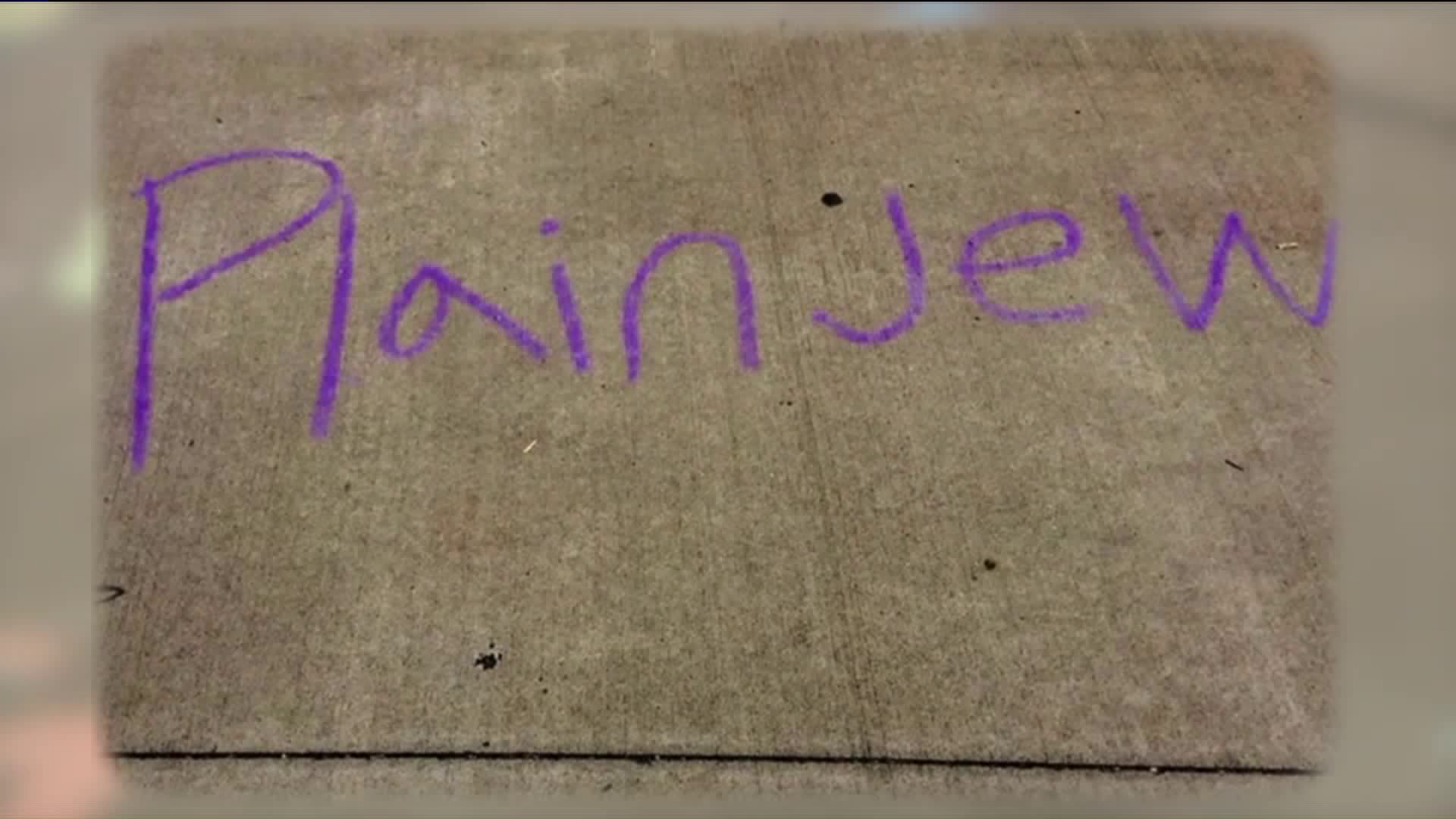 The messages have been scrubbed away and replaced with statements of love.

OLD BETHPAGE, N.Y. — Nassau County Police are investigating the anti-Semitic graffiti scribbled in a community party. The messages have been scrubbed away and replaced with statements of love.

Jennifer Biren, a Plainview resident, said the anti-Semitic graffiti said, "plain Jew and lots of initials of things and lots of gross things," she added.

Plainview residents say their community is known for tolerance of all religions and all races so when this anti-Semitic graffiti was discovered in Haypath park in Old Bethpage on Saturday, a Facebook group Plainview moms sprang into action to send a very different message:

"When my sons and I saw the graffiti, they said we can cover it up with love," Rebecca Davis, a Plainview resident, told PIX11 News.

Davis showed PIX11 the spot where the anti-Semitic graffiti was replaced by a chalk message from a youngster "we are all humans."

More than 50 children, with some adults, gathered to draw rainbows and hearts.

The new Oyster Bay Town supervisor, just three weeks on the job, proudly pointed out the Heart he created... with a unity symbol... as the town handed over to Nassau County police surveillance video captured by these cameras of the teens caught scribbling their hate-filled messages:

"The video shows eight teenagers, they look like high school age and they will be brought to justice," Joseph Saladino, Oyster Bay Town Supervisor, told PIX11.

Plainview is a community that is seventy percent Jewish, part of the larger Oyster Bay Township of 300,000 where residents say antisemitism and intolerance have no place.

"I want those eight teens to sit down with a holocaust survivor and learn what happened in the camps during World War Two so this never happens again," Davis added.