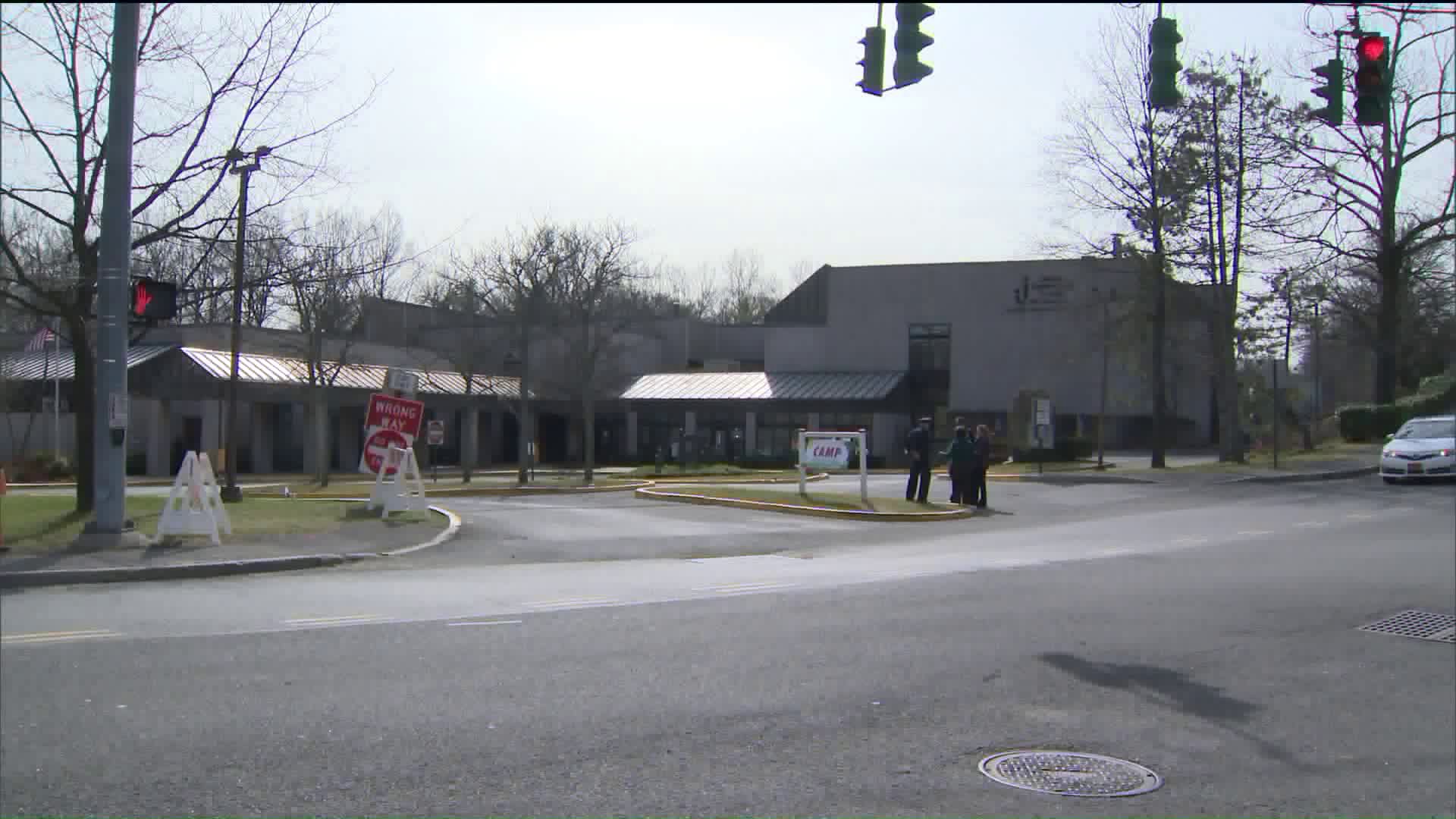 TARRYTOWN, N.Y. — Bomb threats forced evacuations at several Jewish community centers in New York and New Jersey Monday, as officials continue to investigate a wave of similar threats and anti-Semitic acts across the nation so far this year.

On Staten Island, officials say a man with a raspy sounding voice called in a threat against a JCC just before 10 a.m.

Ruth Lasser, director of communications for the Staten Island JCC said an experienced member of their staff answered the phone and tried to keep the man talking for as long as possible. After several minutes, the man seemed fed up and said "I've told you enough" before hanging up.

"The attempt is to create fear," said Lasser. "We have a lot of people in this building, we're responsible for them."

JCC on the Hudson, in Tarrytown, NY; JCC of Mid-Westchester in Scarsdale, NY; at least one center in Staten Island; and the Jewish Federation of Southern New Jersey were all evacuated due to threats Monday morning.

Westchester County Executive Rob Astorino denounced the threats made to the two community centers in Westchester.

“The bomb threats made today against two Jewish community centers in Westchester are hate crimes that will not be tolerated in our county. We will not stand silent in the face of anti-Semitic acts or any other bias crimes. I join with all people of good will in condemning the bomb threats that occurred here and around the country. I have directed our Department of Public Safety to work with federal and local law enforcement agencies in every way possible to bring those responsible to justice,” said Astorino.

The Anti-Defamation League has tweeted about a mix of allegedly confirmed and unconfirmed reports of bomb threats at Jewish Community Centers in Florida, North Carolina, Alabama, Michigan and Virginia. The organization reports there were 20 threats made Monday.

These incidents come less than a week after the League received a bomb threat at its national headquarters in New York.

The number of anti-Semitic incidents in New York have jumped from 15 to 31 between 2016 and 2017, the NYPD said last Wednesday.

“People in this country are worried that it’s becoming inhospitable to Jews and anyone who is different,” Rabbi Rachel Timoner, who leads the Congregation Beth Elohim in Park Slope, Brooklyn said last Tuesday.

Jewish cemeteries have also been under attack.

Near Philadelphia, 75 to 100 tombstones were overturned and damaged Saturday night at Mt. Carmel Cemetery in the Wissinoming neighborhood.

This comes less than one week after more than 100 headstones were toppled and vandalized at the Chesed Shel Emeth Society cemetery in the St. Louis suburb of University City, police said.

Some Jewish groups have criticized President Donald Trump for not speaking out against anti-semitic attacks sooner, and, in January, the White House for failing to mention Jewish people in its statement on Holocaust Remembrance Day.