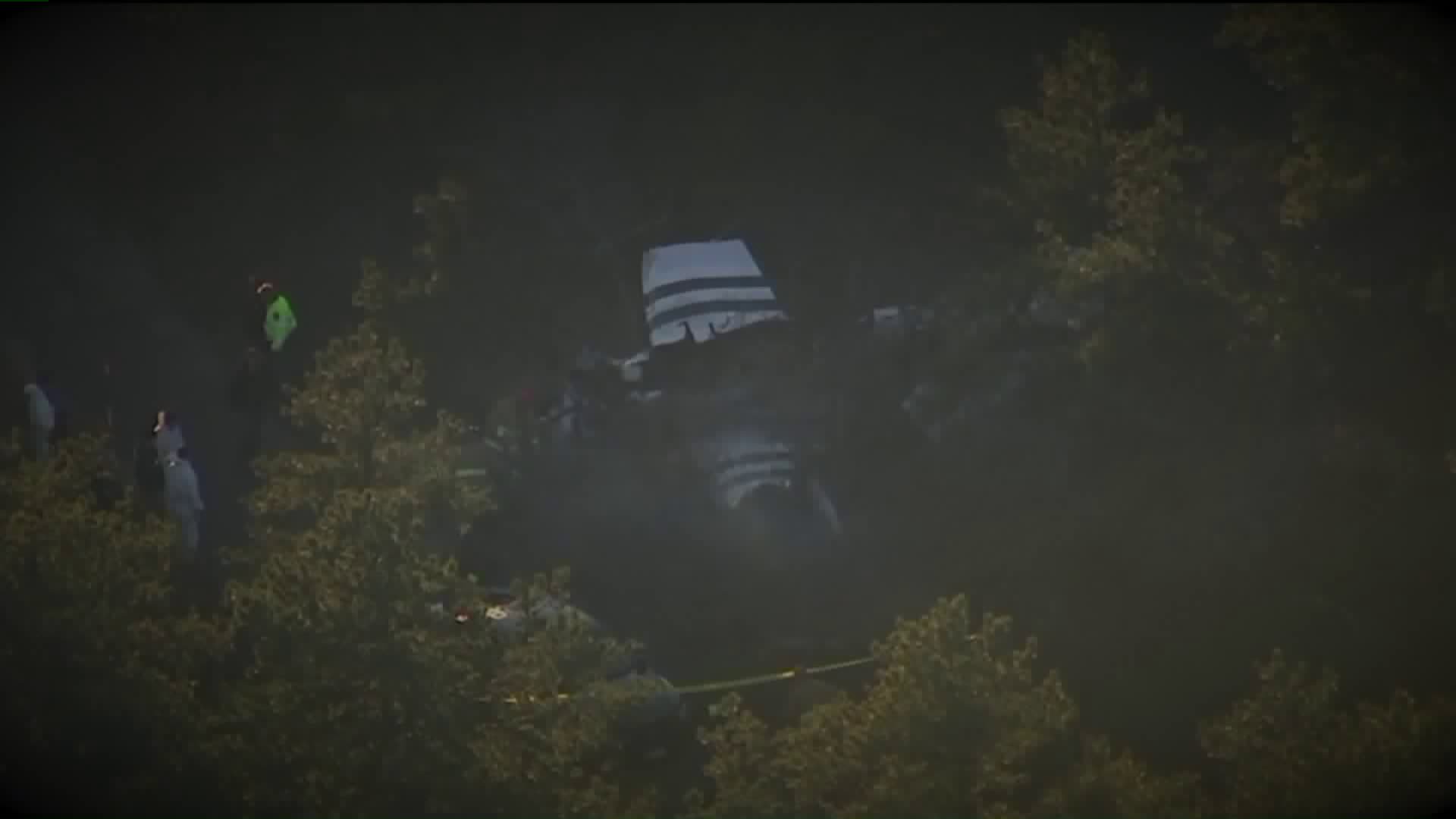 The plane had been practicing landing and taking off.

WESTHAMPTON, BEACH, N.Y. — Police have identified the two people killed and the pilot who was injured when their plane crashed into a wooded area on Long Island Sunday.

Arieh Narkunski, 64, of Brooklyn, and Robert A. Wilkie, 65, of Hempstead, died Sunday. Narunkski was the flight instructor and Wilkie was a passenger in the plane.

The pilot, Richard Rosenthal, 61, was pulled from the wreckage and airlifted to the hospital, police said.

The three were onboard the plane and was practicing takeoffs and landings at Gabreski Airport in Suffolk County about 11:40 a.m. The plane slid and crashed into trees when it landed on the runway and burst into flames moments later.

Four New York National Guard members flying a helicopter in the area landed and helped rescued the three people from the plane.

The National Transportation Safety Board is investigating the crash.

Gabreski Airport was built by the federal government in 1943.The airport is mostly used by corporations and private plane owners.

Two men died in an attempt at a nighttime landing in 1994.