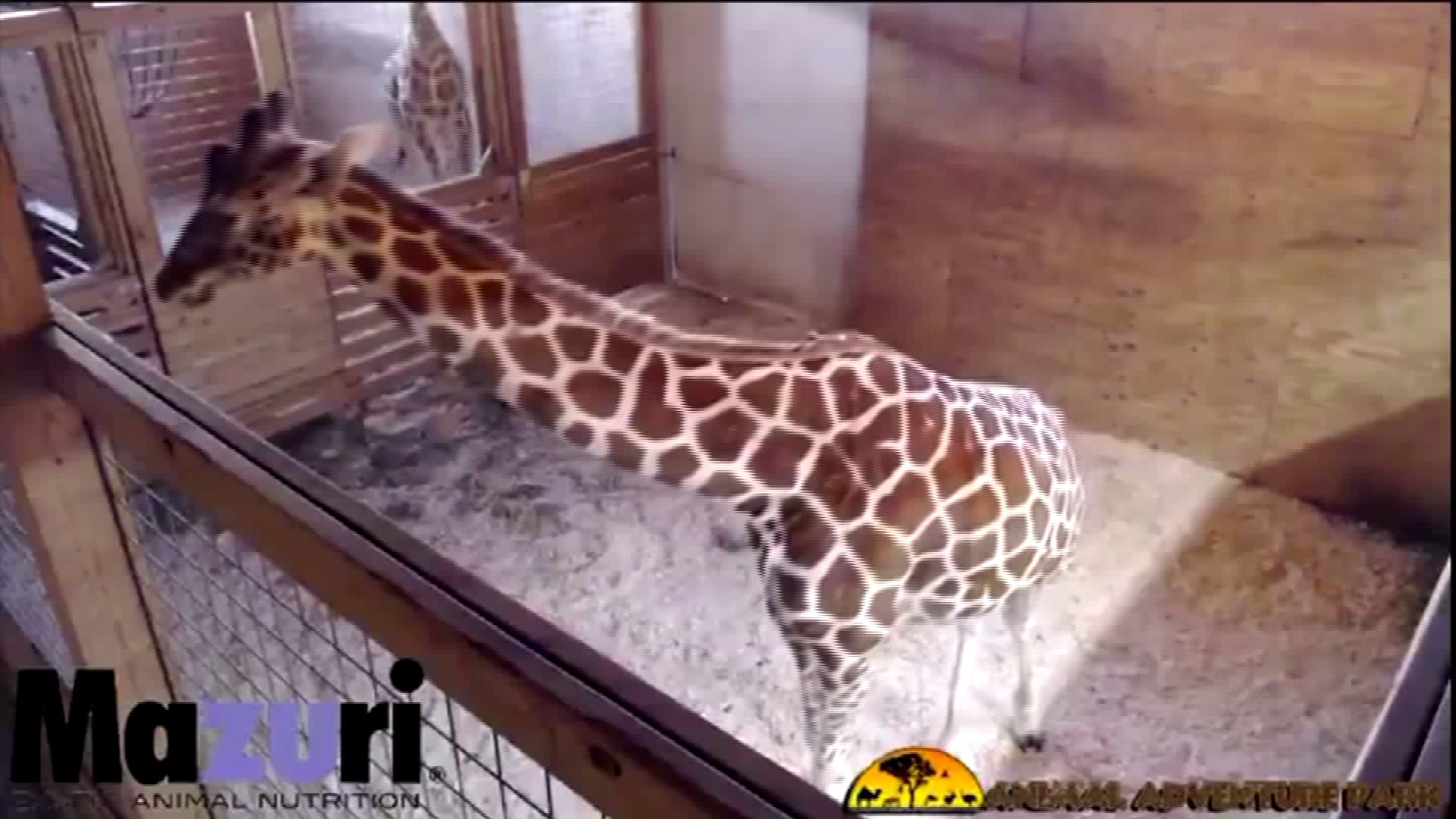 NEW YORK — More than a million people have viewed a YouTube live stream of a pregnant giraffe awaiting the birth of a baby at an upstate New York animal park.

Jordan Patch, owner of the Animal Adventure Park in Harpursville, New York, says the mother, called April, could give birth any time.

A YouTube webcam has been set up so people can watch the action.

It's not the 15-year-old mother giraffe's first pregnancy. But now, April has become a long-legged, spotted celebrity at the interactive, educational park featuring hundreds of animals — from wolves and zebras to pot-bellied pigs.

Giraffes can be in labor anywhere from hours to a full day.

Once the newborn appears, the park will hold an online naming competition.