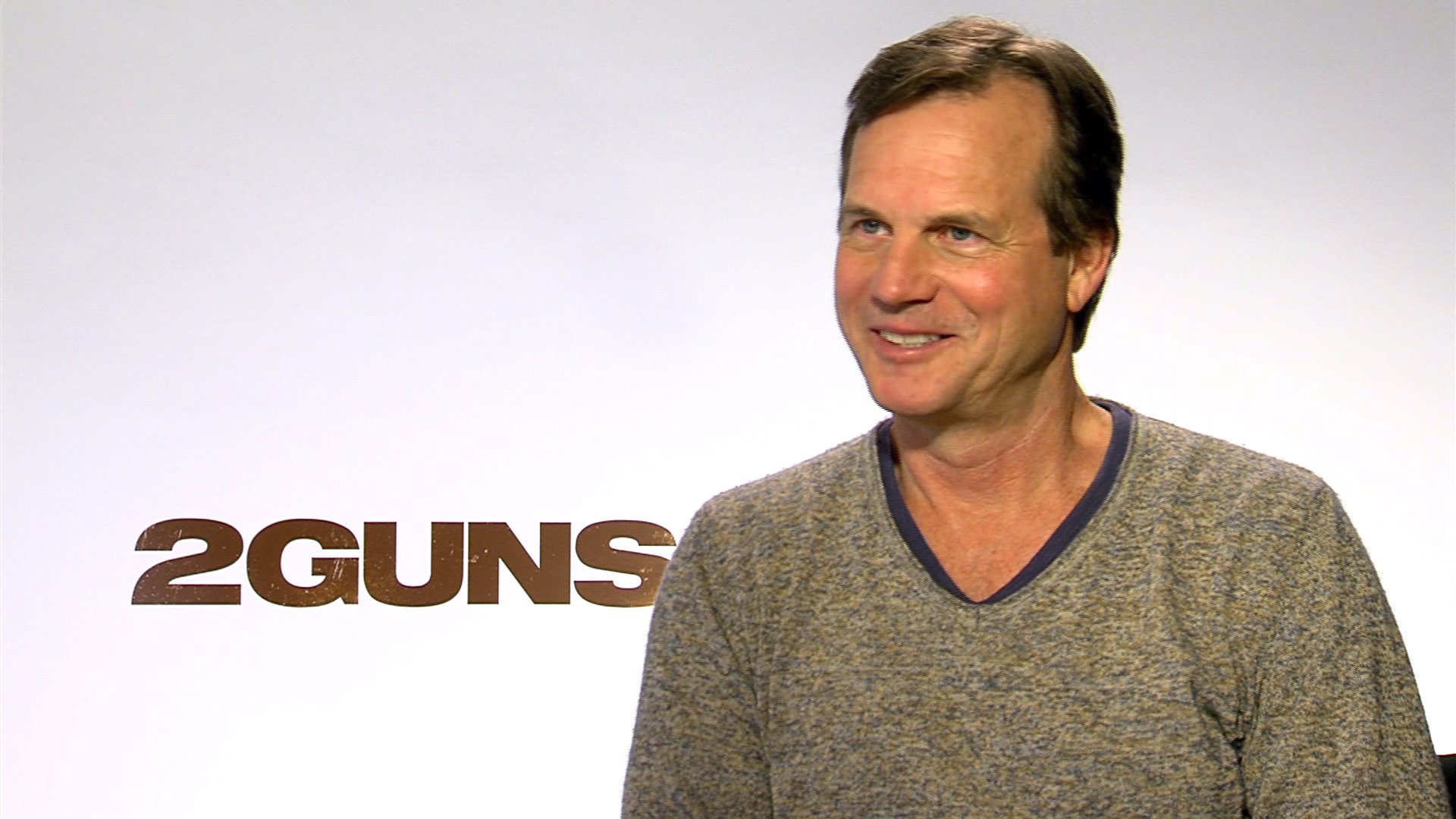 Actor Bill Paxton died Saturday at the age of 61.

Paxton was known for his roles in "Titanic," "Apollo 13" and "Aliens." He most recently appeared as Detective Frank Rourke on "Training Day."

He died from complications during a surgery, TMZ first reported Sunday morning and People and Variety confirmed. Paxton leaves behind a wife and two children.

A representative for his family released a statement saying:

“It is with heavy hearts we share the news that Bill Paxton has passed away due to complications from surgery.  A loving husband and father, Bill began his career in Hollywood working on films in the art department and went on to have an illustrious career spanning four decades as a beloved and prolific actor and filmmaker.  Bill’s passion for the arts was felt by all who knew him, and his warmth and tireless energy were undeniable.  We ask to please respect the family’s wish for privacy as they mourn the loss of their adored husband and father.”

Moments after news of Paxton's death broke, social media lit up with tributes to the versatile actor.

"Devastated by the sudden loss of my close friend and one of the finest actors in the business, Bill Paxton," Lowe tweeted.

Devastated by the sudden loss of my close friend and one of the finest actors in the business, Bill Paxton. Renaissance man, raconteur and

In addition to more than 90 acting credits, Paxton was also a director on films such as "The Greatest Game Ever Played," and "Fraility."

"RIP Bill Paxton. great in everything, was the highlight of every movie he was in," Lynch tweeted. "Underrated director too."

Paxton was born in Fort Worth, Texas, in 1955. He accidentally entered the national spotlight at age 8, when he went to see President John F. Kennedy visit Dallas on Nov. 22, 1963.

A photo of Paxton hoisted above the crowd became a famous photo from the day of Kennedy's assassination.

Paxton's death adds a sad note to Sunday night's Academy Awards ceremonies. Paxton was never nominated but appeared in several Oscar-winning movies and was beloved and respected throughout Hollywood and beyond.

He was, sci-fi fans like to point out, the only actor killed by a Predator, a Terminator and an Alien. But Paxton, famously genial and approachable, defined his career less by his marquee status than as a character actor whose regular Joes appeared across the likes of "One False Move," ''A Simple Plan" and "Nightcrawler."

"''I'm a frustrated romantic actor," he told The Associated Press in 2006. "I wanted to play the Bud part in 'Splendor in the Grass,' I wanted to play Romeo — the great, unrequited, tragic love stories. I've gotten to mix it up a bit with the ladies but the romance has been a subplot, running from the tornado or whatever."

"I feel like I'm a regionalist and a populist who's never fit in among the intellectuals," he added. "I think there's where the heart of American art is. My greatest roles have been in regional films, whether it was 'One False Move' or 'Frailty' or 'Simple Plan' or 'Traveller.'"

One of the industry's busiest actors, Paxton once said the hardest part of his career wasn't the work itself, but the time in between.

"You know all the time I've been in this business which is a long, long time now, I go from having incredible days like shooting the part of Sam Houston and then all of a sudden I'm home and I'm out of work and it's two o'clock in the afternoon, I'm in my boxer shorts watching Turner Classic Movies," he told the AP in 2015. "And all I can tell you is, thank God for Turner Classic Movies and Robert Osborn. "