Video captures chair-throwing brawl at Seafood City in the Bronx 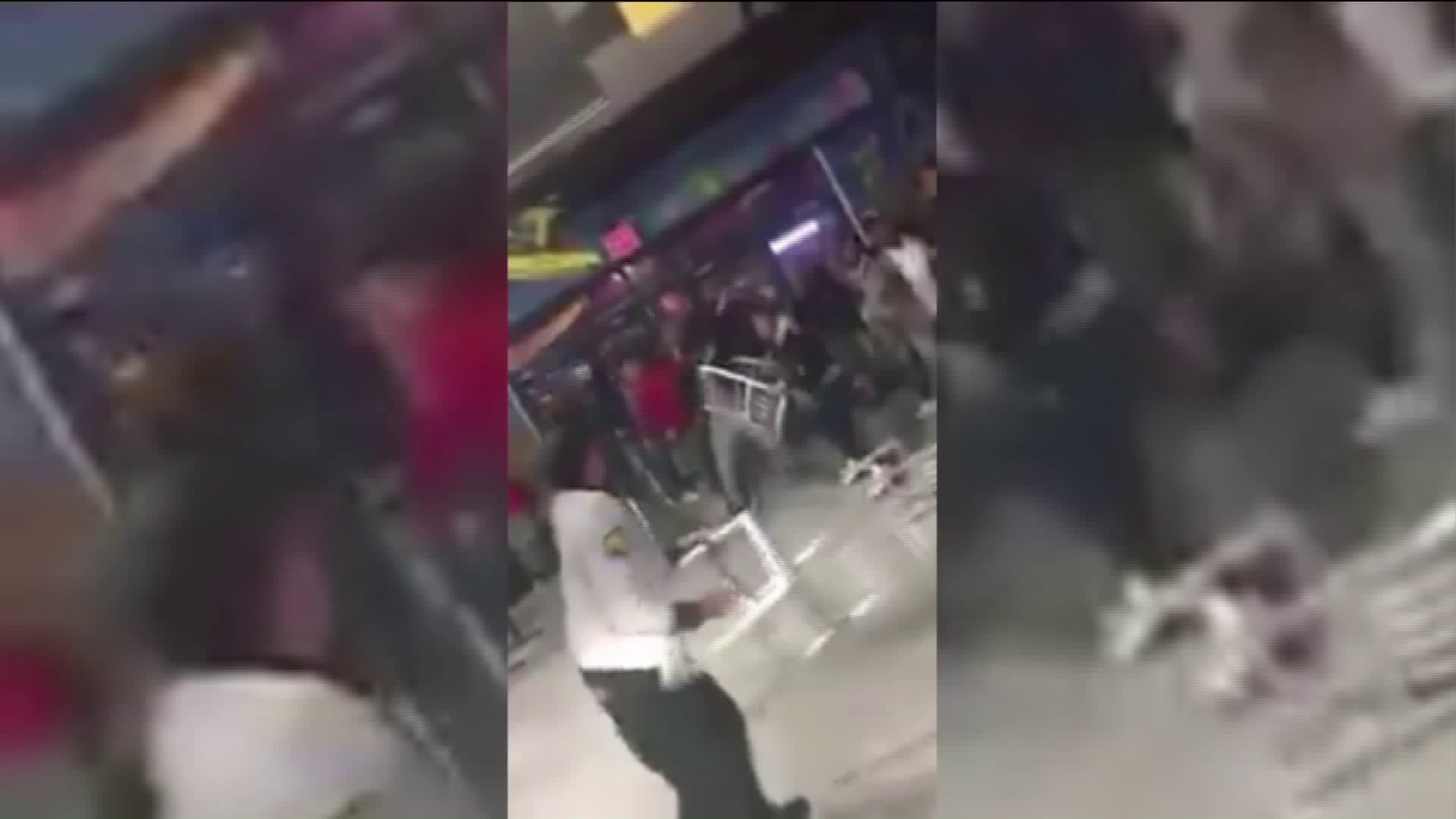 The restaurant`s management believes alcohol was a factor.

CITY ISLAND, The Bronx — The bar at Seafood City in the Bronx closed early Friday after a vicious chair-throwing brawl broke out at the family restaurant the night before.

Video captured the chaos that ensued at the restaurant on City Island Avenue Thursday night. Multiple people were seen throwing chairs around in the large dining room for several minutes.

Police were called to the scene, but by the time they arrived the people involved in the fight were gone. There was no police report filed.

It's unclear what started the fight, but Seafood City's management said they believe alcohol was a factor.

"The kids just seems to be, just lack any kind of decency or morals today. There's no consequences for their behaviors. It's really sad and it's unfortunate the kids would come to a family place like this and totally disrupt and cause chaos," a woman outside the restaurant told PIX11 News.

The restaurant stopped serving alcohol by 6 p.m. on Friday. It will close at that time until further notice, according to signs posted by the management.

Seafood City is known for its affordable food and family-style atmosphere. The incident is isolated, but many people in the neighborhood aren't happy about it.

A community board member is calling for the state to suspend the restaurant's liquor license.

"I'm urging the state liquor authority to take a good look at how this can happened here, how the lax is the security and how we can remove it. We need to have the liquor license suspended immediately. We can't have our family take that risk anymore," Majorie Velazquez from Community Board 10 said.