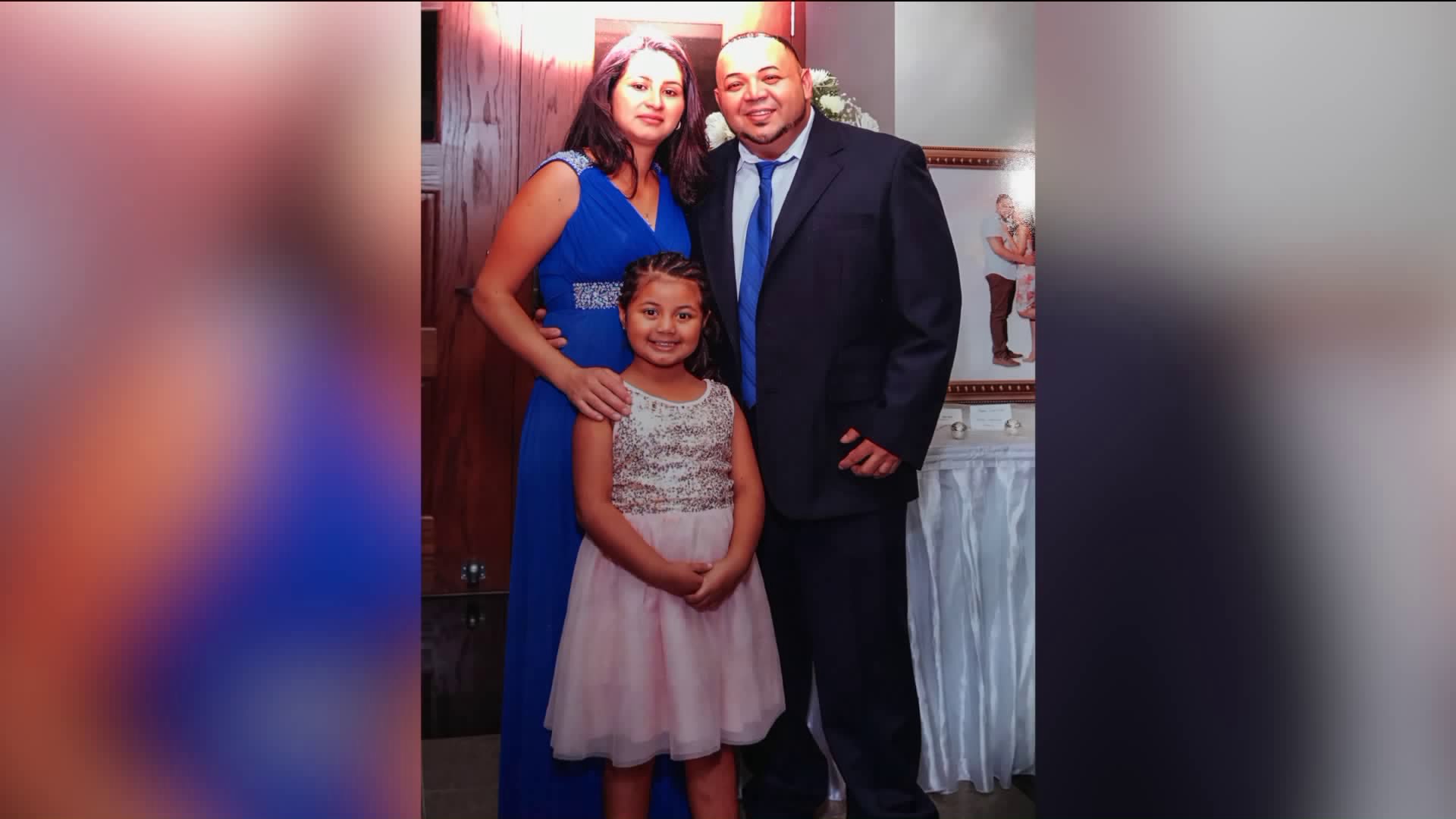 State police have issued an Amber Alert for a missing 6-year-old Connecticut girl, who is believed to be in the Bronx with her father, a suspect wanted in a deadly double stabbing that resulted in the death of the child`s mother, authorities said.

BRIDGEPORT, Conn. — The Connecticut man accused of killing his girlfriend and sparking an Amber Alert when he took off with their 6-year-old daughter, was previously deported, immigration officials said Friday.

"Oscar Obedio Hernandez, a citizen of El Salvador, was issued a Final Order of Removal by an immigration judge on Oct. 29, 201," spokesman Shawn Neudauer told FOX61. "He was removed from the United States by ICE officers in Hartford, CT on Nov. 27, 2013. He has prior felony convictions from 2002 for assault and threatening, as well as several misdemeanor convictions. ICE has placed an immigration detainer with the Bridgeport (Connecticut) Police Department.”

Amber Alerts were issued in Connecticut, New York, New Jersey and lastly Pennsylvania after Bridgeport police say Oscar Hernandez stabbed two women at 69 Greenwood St. at about 2:45 a.m., then took off with the child.

One of the victims, believed to be the Aylin's 26-year-old mother, has died. The other victim, a family friend, is in critical condition but expected to survive.

Oscar Hernandez and the girl were believed to be traveling in a four-door, gray Hyundai Sonata sedan with the Connecticut license plate No. AG91925. New York police earlier described the vehicle as a Hyundai Elantra with NY plates.

The search extended to New York City when Oscar Hernandez's phone pinged in the Bronx at around 4:30 a.m., police said.

He was last seen traveling on Jennings Street in the Bronx, more than 50 miles from the stabbing scene, according to New York police.

Police were later seen nearby on Louis Nine Boulevard, where a building super said Hernandez may have made a phone call early Friday. If so, police said he was not caught on surveillance video.

Hernandez is a known criminal, according to Bridgeport police. Additional details on his past alleged crimes was not provided.