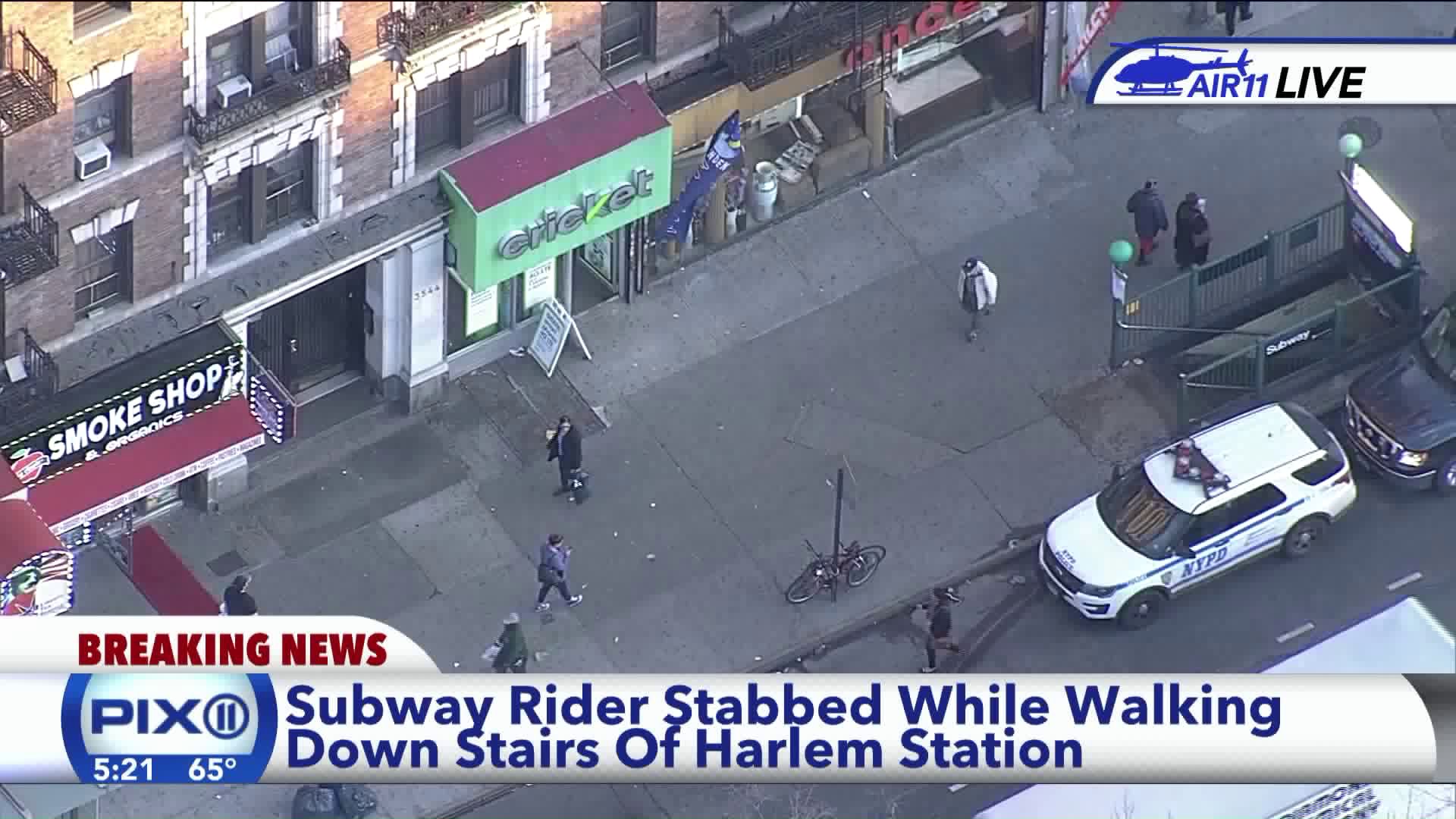 HARLEM — Police are looking for the assailant who stabbed a man on the steps of a subway station in Harlem Friday afternoon.

It happened just before 5 p.m. inside the station at West 145th Street and Broadway.