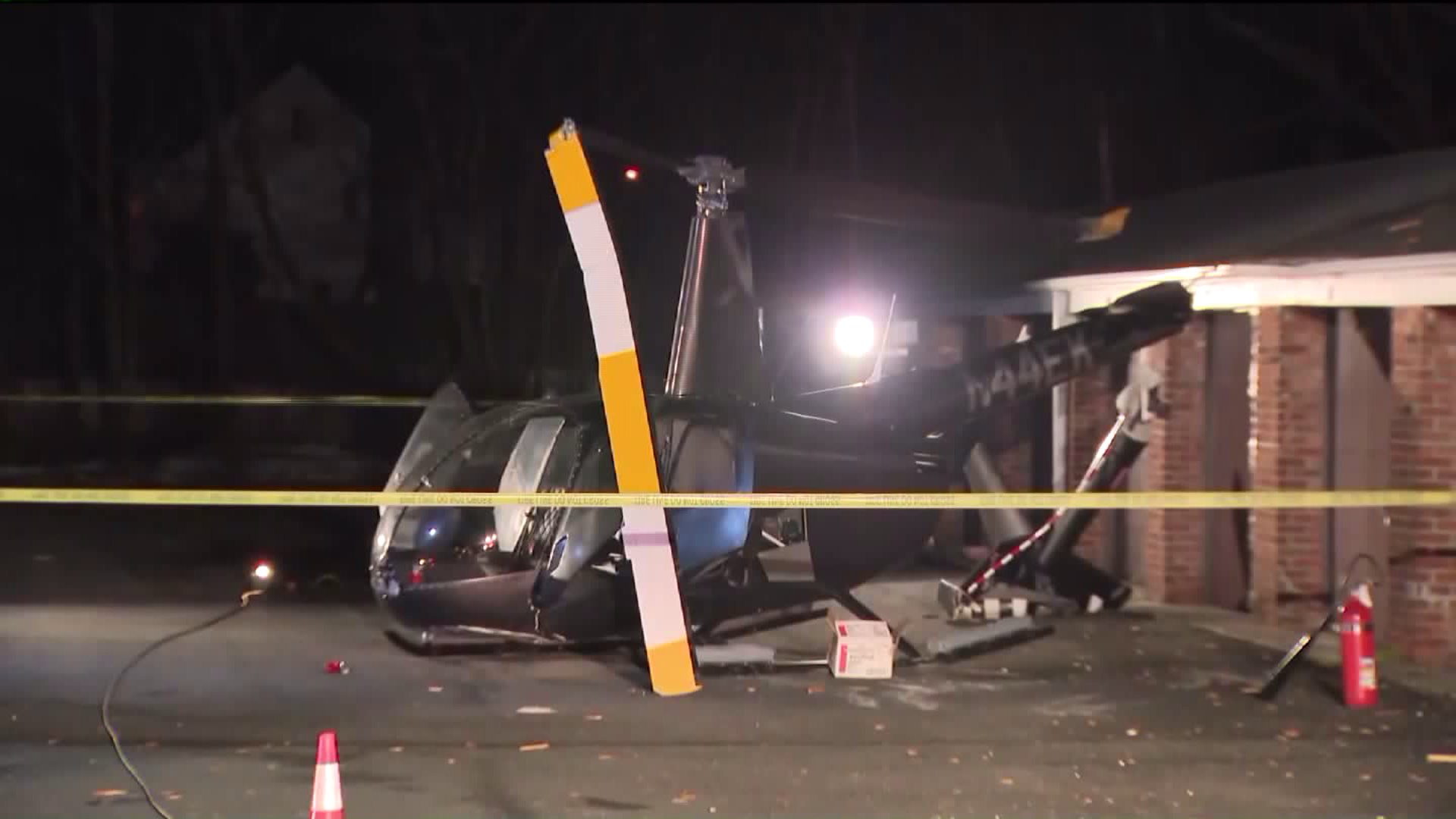 The helicopter crashed in a parking lot surrounded by apartments about 6:30 p.m.

The tail of the helicopter hit a garage as it came down.

A pilot and a passenger, both described to be men in their 40s and 50s, were in the helicopter at the time. Their names have not been released.

A woman nearby heard the crash and came out of the home to check on the pilot and passenger.

Malinoski was one of the first people at the scene to help the two people.

She said the pilot was moving and seemed OK, but the passenger was a different situation.

"The other guy was the guy who was really hurt. He explained to me that he was feeling a really big pain on his lower back. That's why I asked him not to move. There was another guy holding his head and I was holding his back," Malinoski said.

Malinoski, a physical therapist, said she talked to the passenger and tried to keep him calm as they waited for the paramedics to come.

Malinoski's husband, Jorge, was able to avoid the helicopter just seconds before it came down. She said her husband was getting into his car and going to work just went the crash happened.

"I really feel relieved that my husband is OK," she said.

The pilot and passenger were taken to the hospital.

The helicopter does have a history of crashing. In 2005, it had a hard landing, according to the NTSB.

The NTSB will also be investigating the incident.