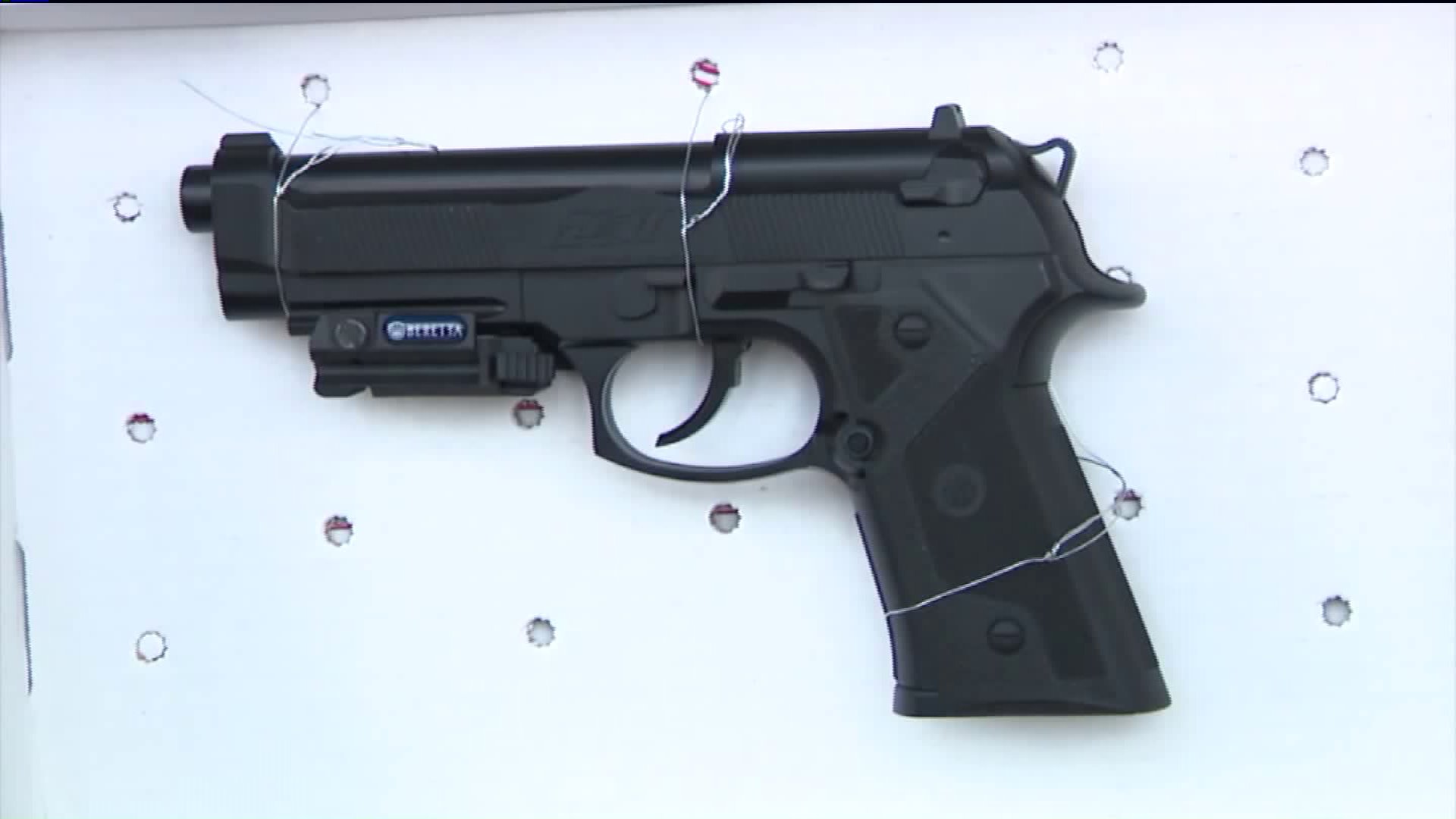 Within the the hour, the man handed his weapon to officers on scene and detaiend.

NEW YORK — The country's busiest bridge came to a grinding halt on Friday when an armed man pointed a gun at officers who'd responded to a report expressing concern for him.

What followed was a nearly textbook case of police responding to a high-profile life-or-death situation.

It all unfolded around 10:15 a.m. Friday morning. That's when Officer Robert Wallace was driving east on the George Washington Bridge in his patrol car.

He spotted a man on the pedestrian walkway who matched the description that had been put out by Palisade Parkway Police about a man who may try to jump from the upper roadway of the bridge.

Wallace pulled over and tried talking with the man, who told the officer that he was just taking pictures. Officer Wallace got out of his police cruiser and walked toward the man, who's now been identified as Douglas Peck, 37.

"At this time, he has his hand in his pocket," said Wallace, who told Peck that he needed to see Peck's hands. It was at that point, said Wallace, "he pointed the weapon at me."

It was a pistol with a label on it that read "Baretta," according to police, who said that the weapon was actually an air pistol designed to look like a genuine Barletta semiautomatic handgun.

Officer Wallace had called for backup immediately upon arriving on scene, so by the time he found himself in the gun's sights, about a dozen emergency services unit, or ESU, officers had joined him.

They all took cover from the weapon Peck pointed at them, they said later, but they were convinced that the suicidal man had a death wish.

"He definitely mentioned he kind of wanted to be shot by us," said ESU Officer Javier Cerna at a news conference early Friday afternoon. "He showed his weapon. It was tough," said Cerna.

"I could've been shot, but I wasn't," Wallace added. "For lack of a better description, it was a perfect scenario for how it ended up."

It was very consistent with the training all of the responding officers had done for emergencies like this one.

"It felt the same," said Officer Cerna. "My partner hooked me up" in a rescue harness, "and let's rock," he said.

Describing the specific rescue, Cerna continued, "I grabbed [Peck by] his arm and my sergeant grabbed the same arm."

The daring rescue was captured on camera by both Port Authority Police and NYPD emergency units, which also responded.

In fact, in one photo, an NYPD ESU officer is seen hanging over the side of the bridge in his harness, helping to lift Peck safely back onto the walkway.

The whole thing shut down the upper level of the two-tiered bridge for about 40 minutes, and it also clogged traffic for a couple of more hours after that. In the end, however, it saved a man's life.

"Everyone made it home safe tonight, all of the cops," said Officer Wallace, adding that Peck is "in the hospital, where hopefully he gets help."

Peck is also charged with criminal possession of a weapon and aggravated assault against a law enforcement officer.