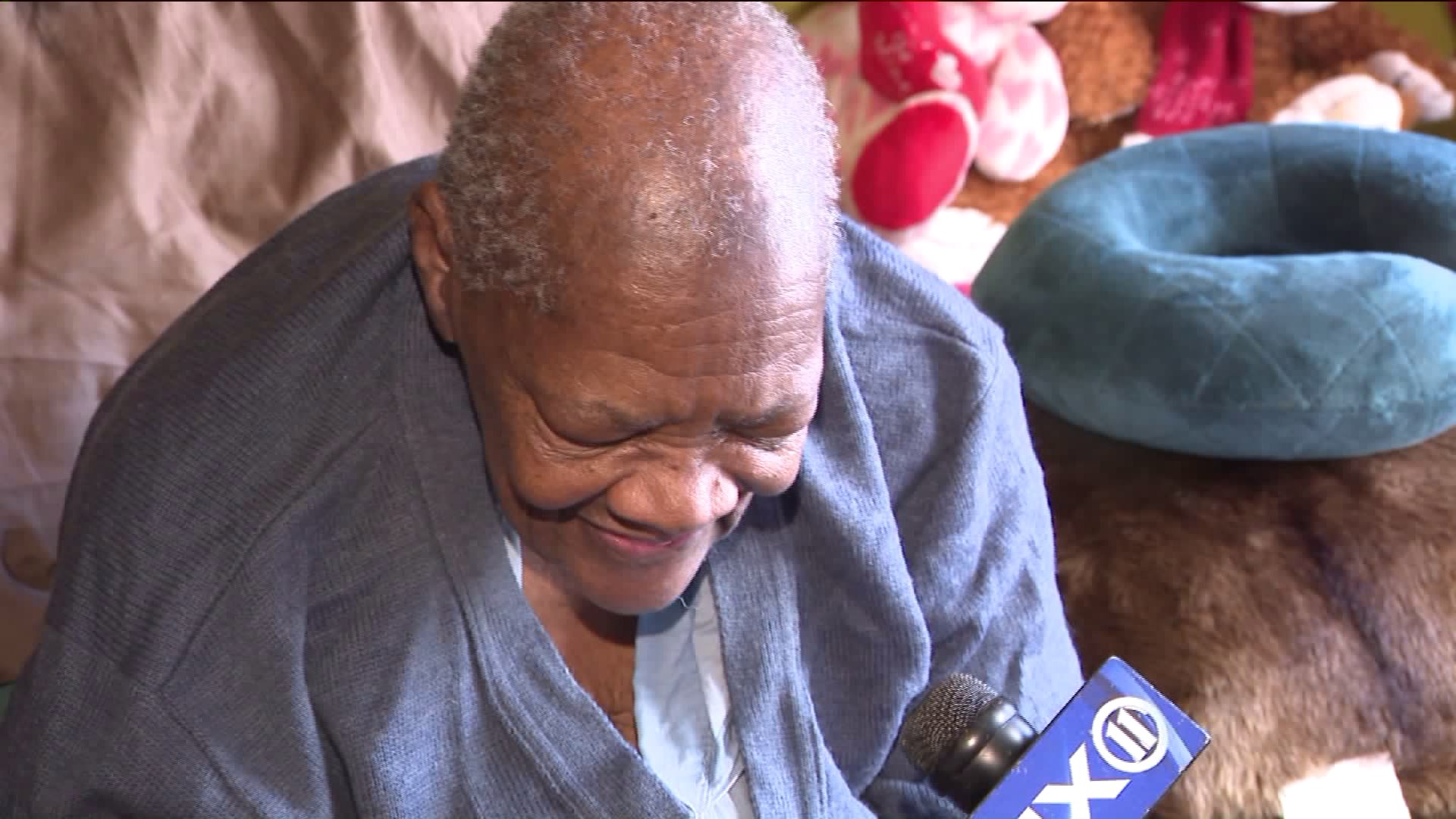 PIX11 News is making it happen.

NEW YORK — A Harlem grandma got medical care for her eyes and repairs are finally being done at a Bronx apartment building in this week's follow-up Friday.

Mivida Prince, 83, desperately needs a home and is currently staying in a four-floor walk up. Prince needs medical attention immediately.

"If you could get me to a lower floor. I'm too high up, and I can't get to my doctor," Prince, who is currently blind and needs surgery, told PIX11 News.

Her dream is to see her new grandson.

"My grand baby was born and I haven't even seen him. I'm going by what others see. I want to see for myself," Prince said while wiping away tears.

She can only touch and feel him now.

"I put my finger in his hand. He grips so tight," Prince said.

Thanks to New York Eye and Ear Infirmary of Mt. Sinai, she is finally going to see a doctor for those eyes.
And the New York Foundation for Senior Citizens New York Connects Manhattan program is continuing to assist her in exploring housing options.

If you need more information go to Nyfsc.org

Melissa Vasquez, of the Bronx, said living in the Roosevelt Gardens on the Grand Concourse is a nightmare of unfixed problems and vermin.

"The building is pretty much falling apart and no one is listening," Vasquez said.

PIX11 News was never allowed inside, but viewers sent pictures of the problems.

"The lobby's ceiling fell in, my floors are coming up, and there's mold everywhere," Vasquez said.

PIX11 News caught workers scrambling to clean up piles of garbage in a courtyard in the back.

"They are cleaning because you are here," said Vasquez.

PIX11 reached out to Kraus Management and the manager on site said a lot of the problems started after a pipe burst Saturday. He promised crews would work to make necessary repairs.

When PIX11 visited again, repairs to the lobby and major renovations were being done to apartments.

Ana Matos got a medical transfer from the Housing Authority to move from Queens to the Bronx so she can be closer to her doctors and to her ten grandchildren.

Matos, however, couldn't afford to move and = tried to get assistance from the city.

"Every time I called, I was getting the runaround. It was depressing and it was so frustrating," Matos said.

She applied for emergency funds through the Human Resources Administration and waited for months.

She then called PIX11 News who reached out to HRA and they sprung into action.

"After PIX11 called, they called me in the evening. I'm so grateful," Matos said.

Matos moved to her new home in the Bronx and is very grateful. HRA cut Matos an emergency check for $820.

If you need help nyc.gov/hra

Yolanda Pollard, from the Bronx has three beautiful boys, ages 4, 2 and an 8-month-old baby boy.

She said condition inside her Bronx shelter on 176th Street are unacceptable for a family and she wants a transfer out.

"They put you here and then they just forget about us. I'm a single mother with three kids. I need help," Pollard said.

Her bathroom ceiling looks like a waterfall and there's mold in her bedroom.

PIX11 News reached out to the Department of Homeless Services.

Pollard also said she also has a dream.

Her earliest memories was cooking in the kitchen with her grandpa, who has since passed away. His memory still inspires her.

PIX11 News reached out to an organization called Project Renewal.

Project renewal has a culinary arts training program for people facing barriers to employment, whether it be homelessness or disabilities. One of their recruiters will be interviewing Pollard for one of their programs.

If you want more information about this program go to http://www.projectrenewal.org/cat