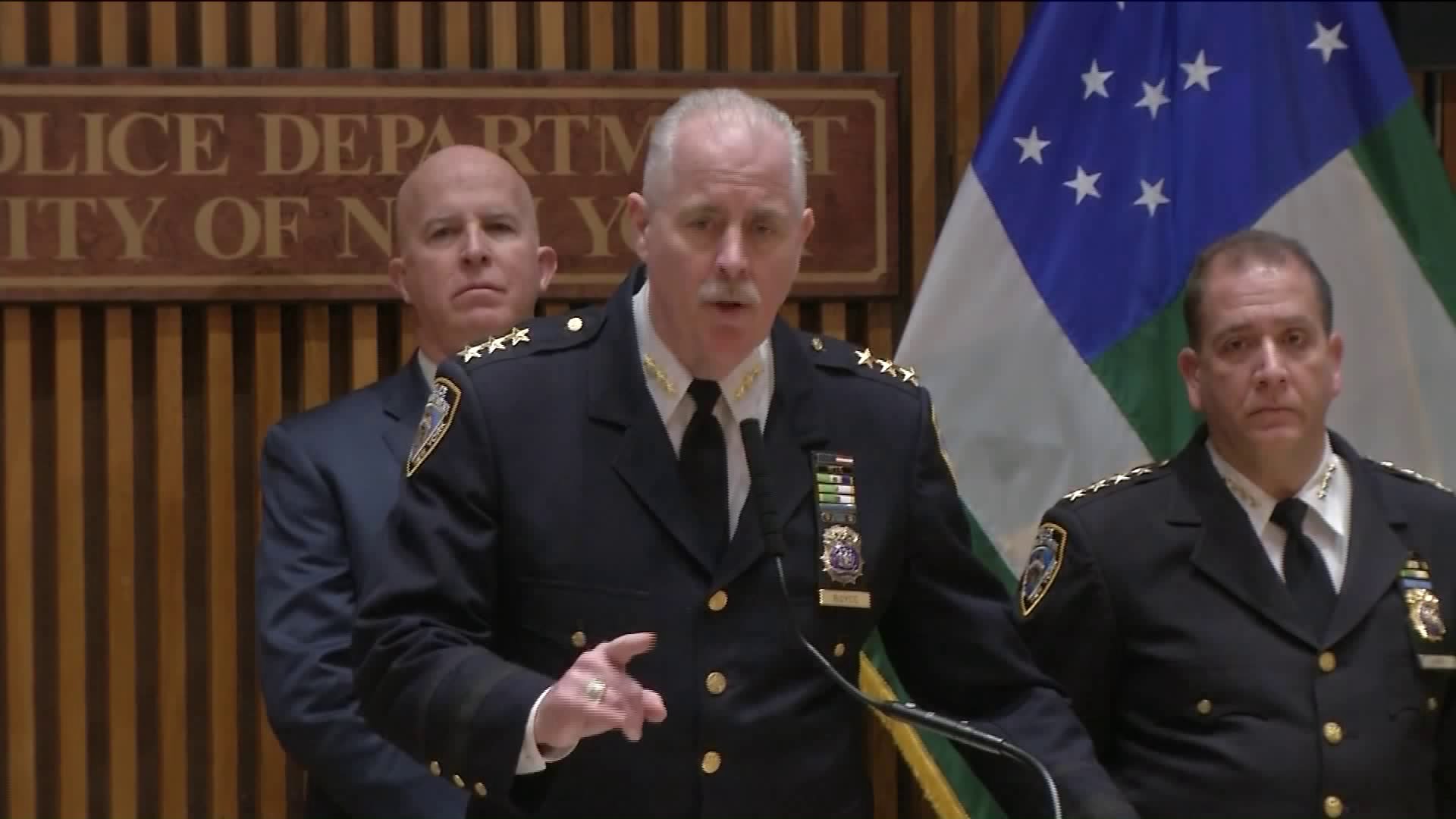 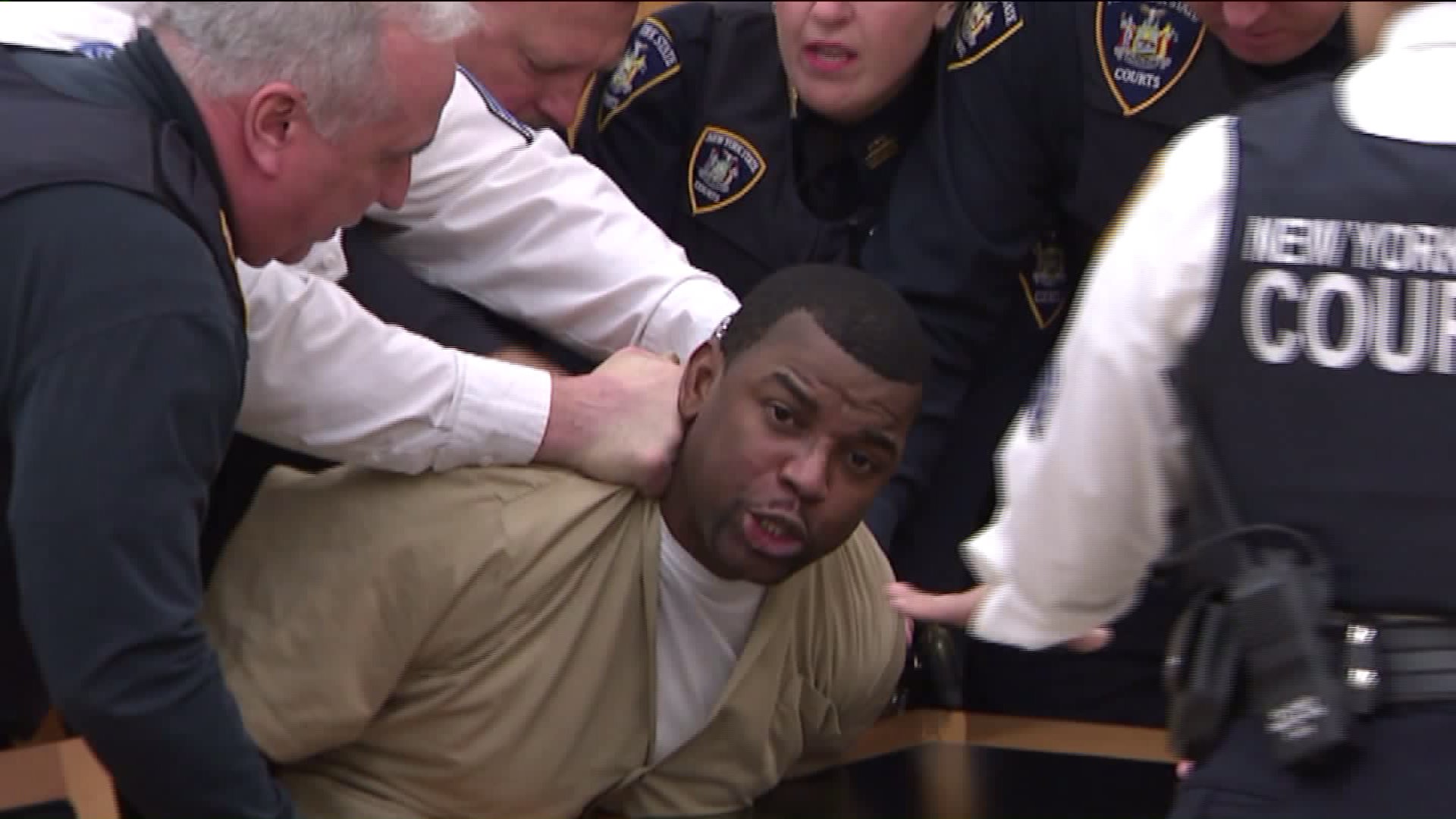 BROOKLYN, N.Y. — Kwauhuru Govan lived on Gates Avenue in Bushwick, Brooklyn, for years, and the NYPD thinks he didn’t travel too far from home to find his murder victims.

PIX11 News learned Friday that Govan, already accused in the 2005 beheading and dismemberment of 19-year-old Rashawn Brazell along with the 2004 slaying of 17-year-old Sharabia Thomas, is now suspected in two other dismemberment cases.

The body parts of one victim, John Doe, were discovered in a Maspeth Avenue transfer station on July 26, 2005, the same year Brazell’s torso and legs had been found in a subway tunnel on Feb. 17, 2005.

Brazell’s arm and hand were found a few days later at a recycling plant in Greenpoint, Brooklyn.

The body parts of another victim, a female, were found in the confines of the 81st Precinct two years later, in the summer of 2007.

That’s the same area where Govan was living.

And that brings the number to four murder victims in Brooklyn that Govan may be tied to. He’s been formally accused in two of the cases.

Back in May 2016, PIX11 News told the NYPD’s Cold Case Squad about the unsolved murder of Sharabia Thomas.

A viewer had contacted the Mary Murphy Mystery Facebook page and said Sharabia’s body was found in laundry bags on Palmetto Street in Brooklyn in February 2004.

The teen had vanished, after heading to EBC Bushwick High School at 8 a.m. Her body was found hours later in an alley. The medical examiner determined Sharabia had been suffocated.

The NYPD cold case squad thought Thomas’ death might be connected to the 2006 strangulation of honors student, Chanel Petro Nixon, who’d been found in a garbage bag on a Bedford Stuyvesant sidewalk, shortly after Father’s Day 2006.

But DNA preserved from under Sharabia Thomas’ fingernails led them in another direction -- and to a different suspect.

The DNA in Sharabia’s case matched Kwauhuru Govan’s profile. Govan was doing time in a Florida prison for robbery, and there was a DNA hit on a national database.

Brazell used to live across the street from Govan on Gates Avenue in Bushwick, and was last seen heading to the Gates Avenue subway stop on Feb. 14, 2005.

His body parts were discovered three days later in a subway tunnel on the A line, between Nostrand and Franklin Avenues.

The NYPD Chief of Detectives revealed this week that Govan made “inconsistent statements” about the Brazell case when he was questioned in Florida.

Govan was brought back to New York in November and charged with the murder of Sharabia Thomas from 2004.

This week, Govan freaked out in Brooklyn Supreme Court before an indictment was about to be unsealed in the Rashawn Brazell dismemberment murder.

“I can’t even dissect a frog!” Govan screamed, before he was led from court and back to Rikers Island.

Now, Govan is being looked at for two more dismemberment murders in Brooklyn — and there’s a California murder he may be tied to, as well.

Govan lived for a time in California and was arrested there, before he headed to the Tampa area of Florida.

Govan was arrested for armed robbery in Tampa and cut a plea deal, agreeing to plead guilty to the lesser charge of grand larcery.
He was about to be released from the Florida prison in November when he learned there was an NYPD warrant for his arrest in New York.

It looks like Brooklyn may have had a serial killer on its hands, who didn’t have to travel far from home.

And this brings us back to last fall. When Govan was arrested for killing Sharabia Thomas, the victim who led cops to all these new leads, Detective Evelin Gutierrez said to PIX11, “Without you, we wouldn’t have solved this case.”