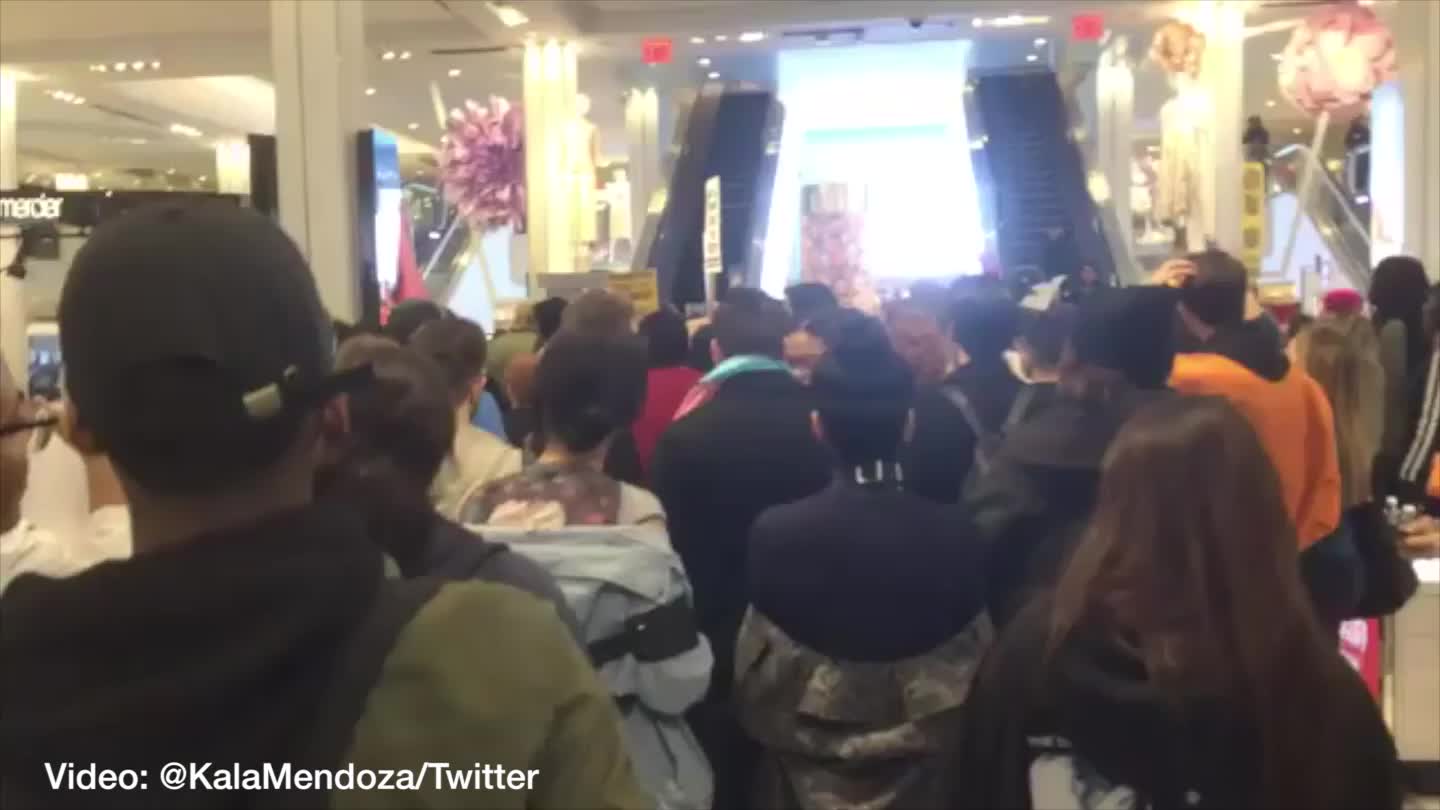 The rally began outside the historical LGBT landmark around 6 p.m., with people chanting "Trump is a fascist, drive him out!"

Protesters were speaking out on the Trump Administration's decision to reverse an Obama-era directive that allowed public school students to use bathrooms and locker rooms of their chosen gender identity. The rollback will now give states and school districts the power to interpret the federal sex discrimination law their own way.

The rule had already been blocked from enforcement, but transgender advocates view the Trump administration action as a step back for transgender rights.

Several hundred people were outside Stonewall Inn, holding signs saying, "Trans youth, you are loved" and "protect Trans youth" and chanted "not one inch" as they heard from elected officials, Trans advocates and their allies.

They then marched to Macy's where they went inside and chanted. Videos uploaded to social media show dozens of people inside of the midtown store.

“The misguided action taken by the federal government last night runs contrary to the New York Promise of individual freedoms," Cuomo said. "Regardless of Washington's action – the rights and protections that had been extended to all students in New York remain unchanged under state law."

"We affirm the right of every New Yorker to use the bathroom that fits their identity," Mayor de Blasio said. "A new president will not change our values."