Suspicious package that prompted evacuations in NJ deemed a ‘hoax’ 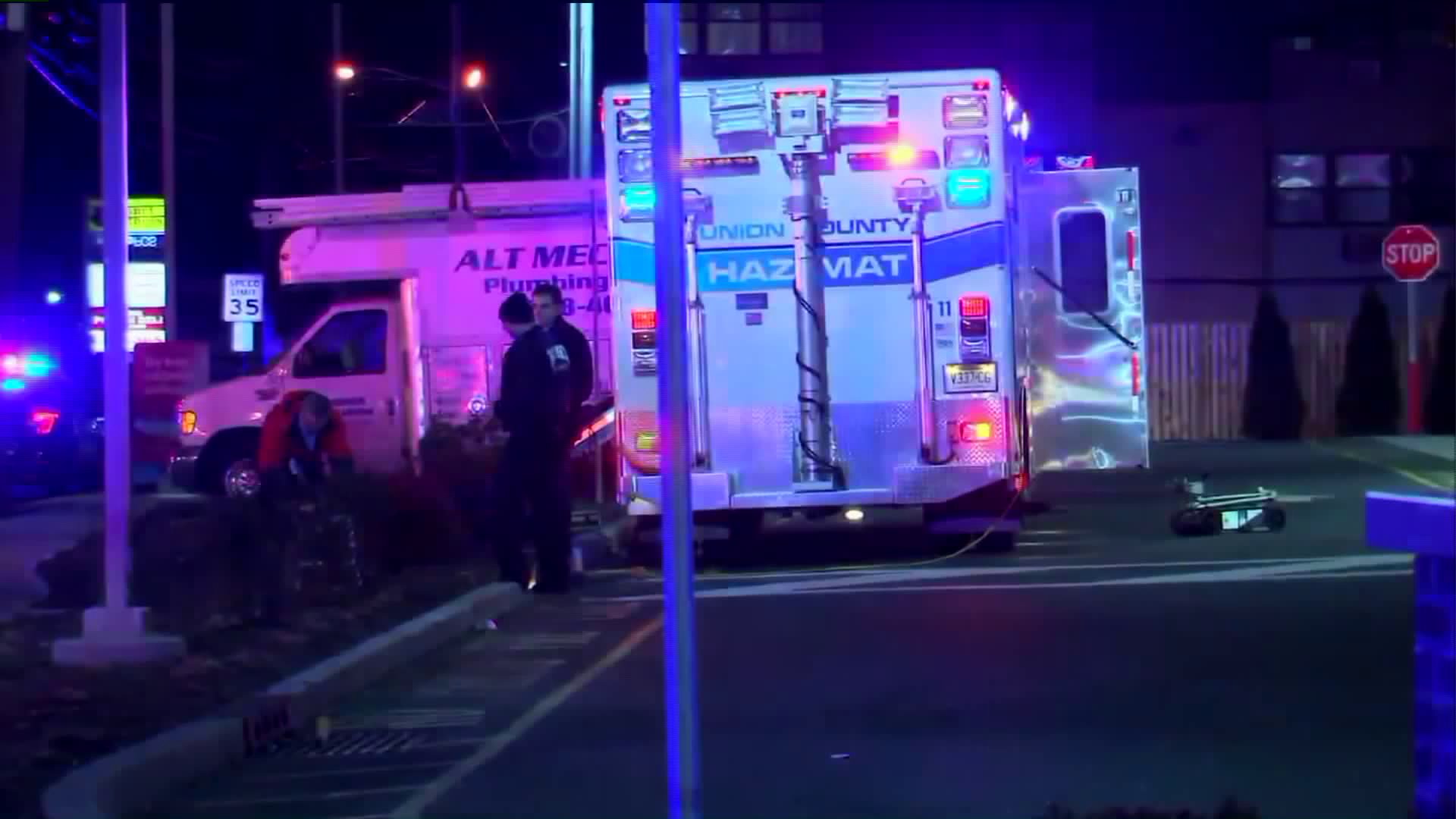 It`s unclear who left the package at the payphone area.

LINDEN, N.J. — Two buildings were evacuated and the bomb squad was called when a suspicious package was found outside of a convenience store in Linden, New Jersey Tuesday evening.

A "concerned citizen" reported the suspicious package about 6 p.m. outside of the Quick Buy Food Store on West Saint Georges Avenue between North Stiles and Ross streets, Linden Mayor Derek Armstead said in a statement.

The package, which has since been determined as a hoax, appeared to be two dynamite sticks duct taped to a pay phone outside of the store. There were also wires attached.

Two apartment buildings nearby were evacuated and streets were closed as the bomb squad scoured the area for any other threats and to dismantle the suspicious package.

"It was pretty scary because we weren’t sure what was going on at the time I’m thinking its a fire then a bomb and I got really scary. what could happen to the apartment, the neighborhood its linden I haven’t seen anything like this," Thamer Joseph, a resident who was evacuated from his apartment, said.

The Union County bomb squad used a robot to "disrupt" the package as a precaution.

"Rest assured in this climate of heightened security, your safety is our top priority. Our law enforcement personnel will remain vigilant in the days and weeks ahead to find out the source of this elaborate hoax causing a great deal of disturbance and tying up resources and personnel," Armstead said.

The Linden Police Chief Jonathan Parham said in a statement:

"This event, like so many others we have seen, truly highlights the significance of the police-community relationship, and how important it is for our friends and neighbors to remain vigilant. We cannot do it without you.”

Evacuated residents were escorted back to their homes hours later.

"I got home at 7 or so and it was blocked off, so I went food shopping then came back and it was still 9. They didn't clear us to go back in the building till about 10:30 close to 11 p.m.," David Hamberg, a resident who was also evacuated, said.

"We waited outside in the cold for two hours, then we figured its not going to end soon so we slept at my aunts house," Joseph said wit his four family members by his side.

No one was injured.

Authorities are still investigating the incident. It's still unclear who left the suspicious package at this time. The FBI has been called to join the investigation.

The Associated Press and PIX11's Digital Producer Katherine Lam contributed to this report.