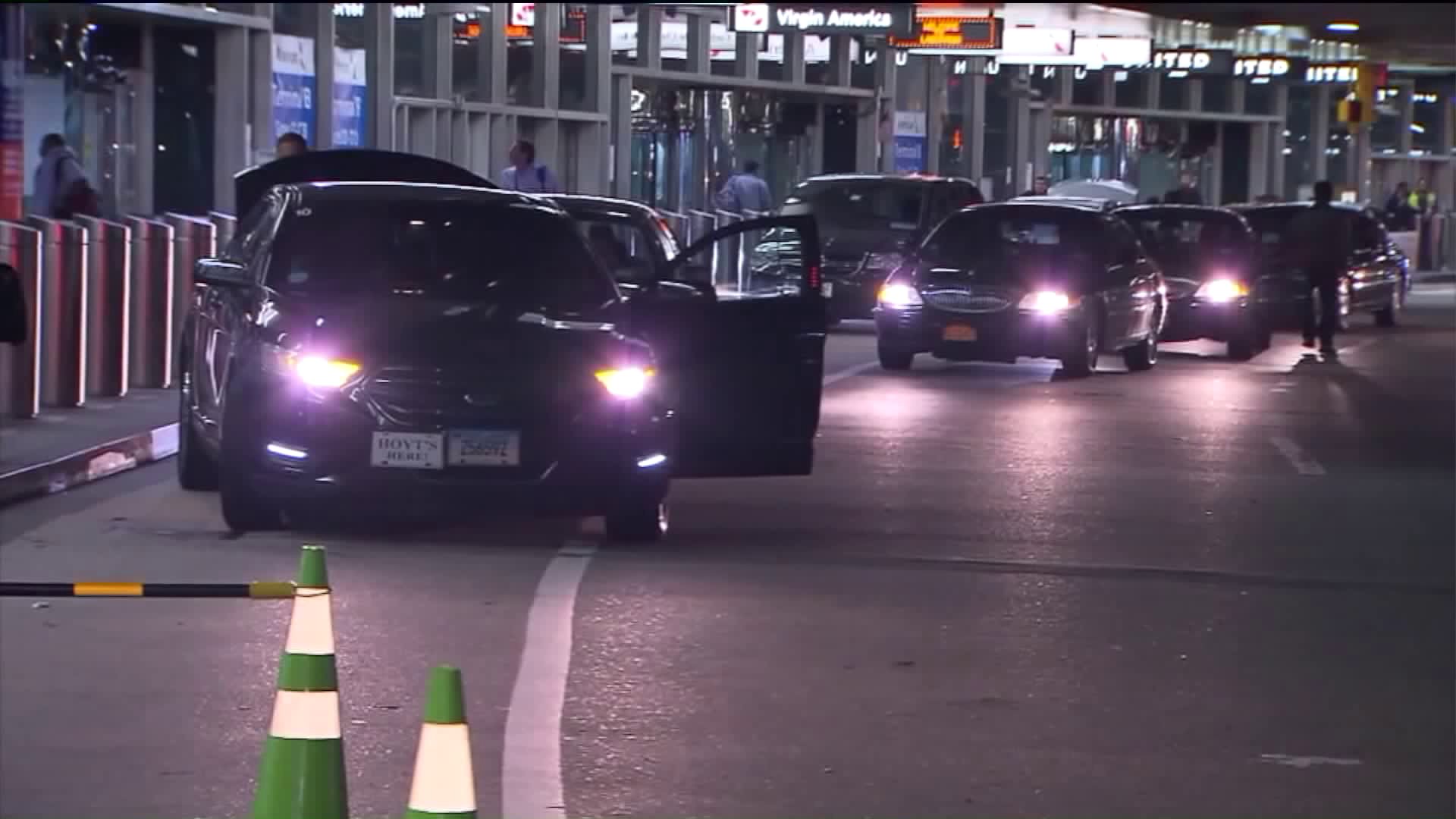 A trip to and from JFK, LaGuardia and Newark airports might be getting pricier next year.

NEW YORK — A trip to and from JFK, LaGuardia and Newark airports might be getting pricier next year.

The Port Authority is considering a proposal to charge for-hire-vehicles — that include taxi cabs, black cars, Uber and Lyft — a $4 "access fee" when picking up and dropping off passengers at major New York City-area airports.

Officials met with local representatives from for-hire-vehicle groups this month to discuss the proposal and how it could be implemented, a Port Authority spokeswoman told PIX11 News in an email on Wednesday.

No decision has been made, but if the proposal is passed, it would go into effect in 2018, the spokeswoman said. All the money collected from the fee will be put back into the airports for repairs and improvements.

The "access fee" has already made its way to some U.S. airports. Uber immediately charges the passenger the $4 when requesting ride to and from Los Angeles International Airport. Chicago-area airports also implemented the fee.

An app can also help travelers look at the different transportation options and make a reservation beforehand.

The New York Taxi Workers Alliance have spoke out against the proposal, saying it would hurt drivers more than it would benefit. Executive Director Bhairavi Desai wrote in a statement posted on Facebook:

"In New York City, drivers already pay 50 cents from each each fare to the MTA, 30 cents on each fare to a wheelchair accessible vehicle program. And from what's left over they pay for car leasing, gasoline, and other vehicle expenses. Now Port Authority wants to take another $4 out of each airport fare? What would be left of driver income?

Imagine, some fares are only $10 or $20 from the airport. Paying a $4 fee to Port Authority on those fares means struggling taxi drivers would be working to subsidize this billion-dollar entity instead of supporting their families.

And if the fee is passed on to passengers, drivers will lose airport fares and tourists will spend less on taxis while in New York City.

The Governor and Mayor need to stand up for drivers instead of allowing the Port Authority to offload its financial mismanagement onto the backs of drivers."

Opponents of the proposal also worry about the financial burden it would impose on travelers. Port Authority did not specify if the passenger or driver would take on the free.

Ride-sharing app Uber, who have been against extra charges such as tipping for drivers, also voiced similar concerns. The company said the "small bases" will hurt the most from the proposal.

"We share the entire industry's concerns and look forward to an extensive public review process to better understand what steps the Port Authority will be taking to improve customer experience beyond sticking New Yorkers and tourists with excessive fees," Uber spokeswoman Alix Anfang said.

Uber's competitor, Lyft, seem to have more of an open mind to the extra free.

"We thank the staff of the Port Authority of NY-NJ for their collaborative effort on this agreement, which ensures that millions of JFK, LaGuardia, and Newark Airports passengers will maintain access to Lyft's safe, reliable and affordable rides," Lyft spokesman Adrian Durbin said.

It's unclear when a decision on the proposal will be made.