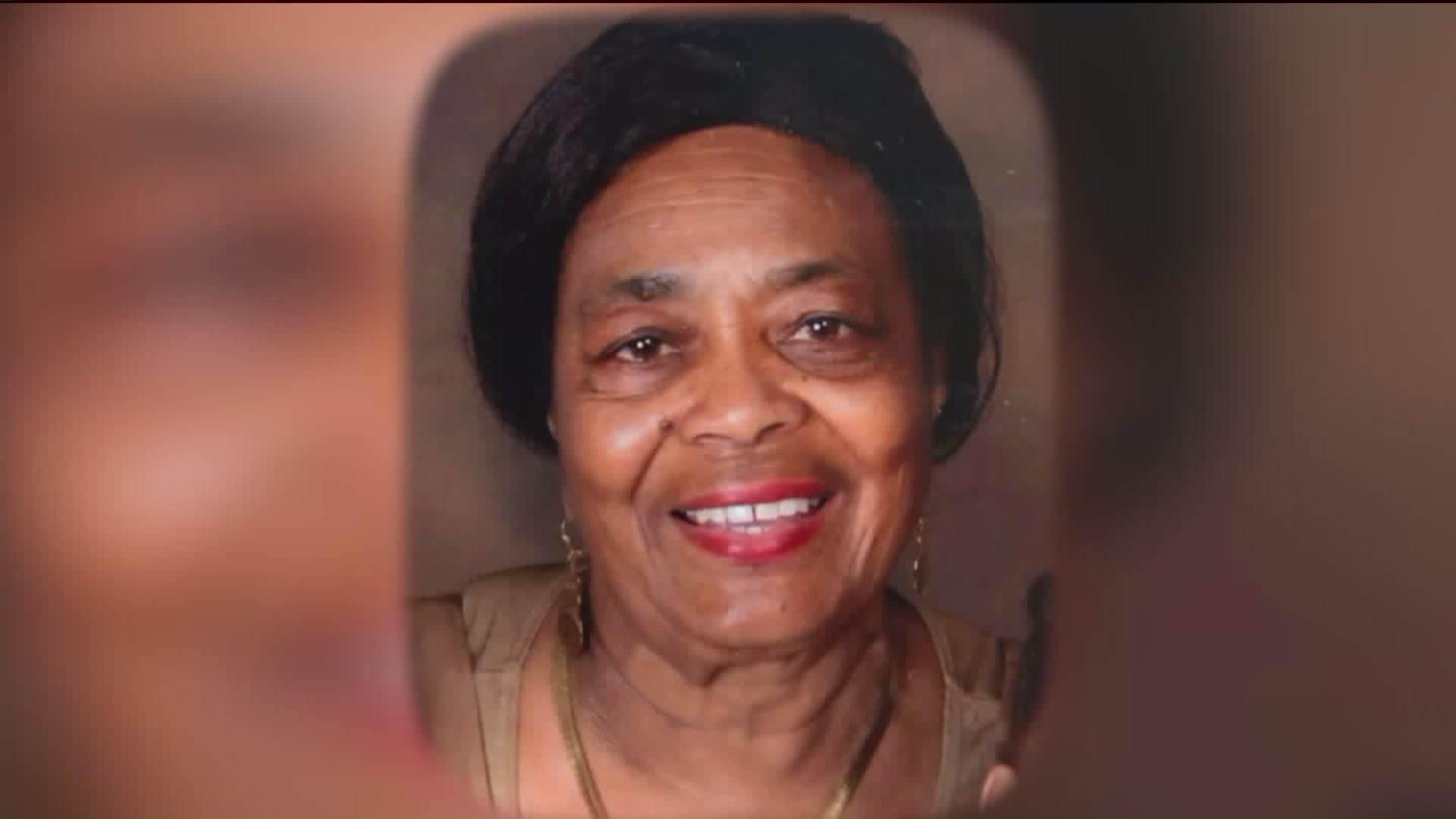 She had been in the hospital for months after she was assaulted outside of a Queens bodega.

JAMAICA, Queens — She was a grandmother checking on the well-being of some friends of hers who are shopkeepers, when she was punched in the face by a man who's accused of robbing the store where her friends were working.

That woman, Eve Gentillon, 69, has now died from the injuries she sustained in the attack.

As her family plans her funeral, they, and others who knew her, are calling on prosecutors to punish the accused attacker to the fullest extent of the law.

The attack, which happened October 15, 2016, was captured on video by a surveillance camera in front of the Sutphin King Deli, on Sutphin Boulevard.

The video, in turn, led to police capturing Richard "Kwasi" Springer, 28, who detectives and eyewitnesses say is seen in the video slapping Gentillon across the face so hard that she lands on her back and head on the sidewalk in front of the store.

"She can't even move, couldn't even talk, after that," said Fareek Ali, a co-owner of Sutphin King Deli.

Other surveillance video and eyewitness accounts show that Springer was in the deli minutes before hitting Gentillon. Inside, a drunken Springer fought with the owners as he tried to steal a beer, according to investigators. Gentillon apparently heard the commotion and was concerned for her friends in the store.

"[She was] watching what we was doing," said Ali. "The fight was inside and she was outside," which is where one of the series of surveillance cameras at the bodega captured what happened to her. Eve Gentillon died from "complications from a traumatic brain injury from blunt impact" from the attack four months ago, according to the Medical Examiner's Office.

"I feel bad," said Ali, upon learning about Gentillon's passing. He said that it had happened "for no reason, like the same way if it was your mother or anybody. You're gonna feel the same thing."

At Gentillon's home nearby, her son did not want to make any formal comment, but he said that his sister is representing the family, as she did when the attack happened last fall. She did not return phone calls from PIX11 News.

Meanwhile, Richard Springer is being held on charges of robbery and assault, while the Queens district attorney's office tries to decide what new charges to bring. People who knew Ms. Gentillon want it to be the maximum punishment.

"If they don't do nothing to him," said Ali, "another person is going to do the same thing."

Springer is due back in court on March 3. He may have murder or manslaughter charges added to his case then.