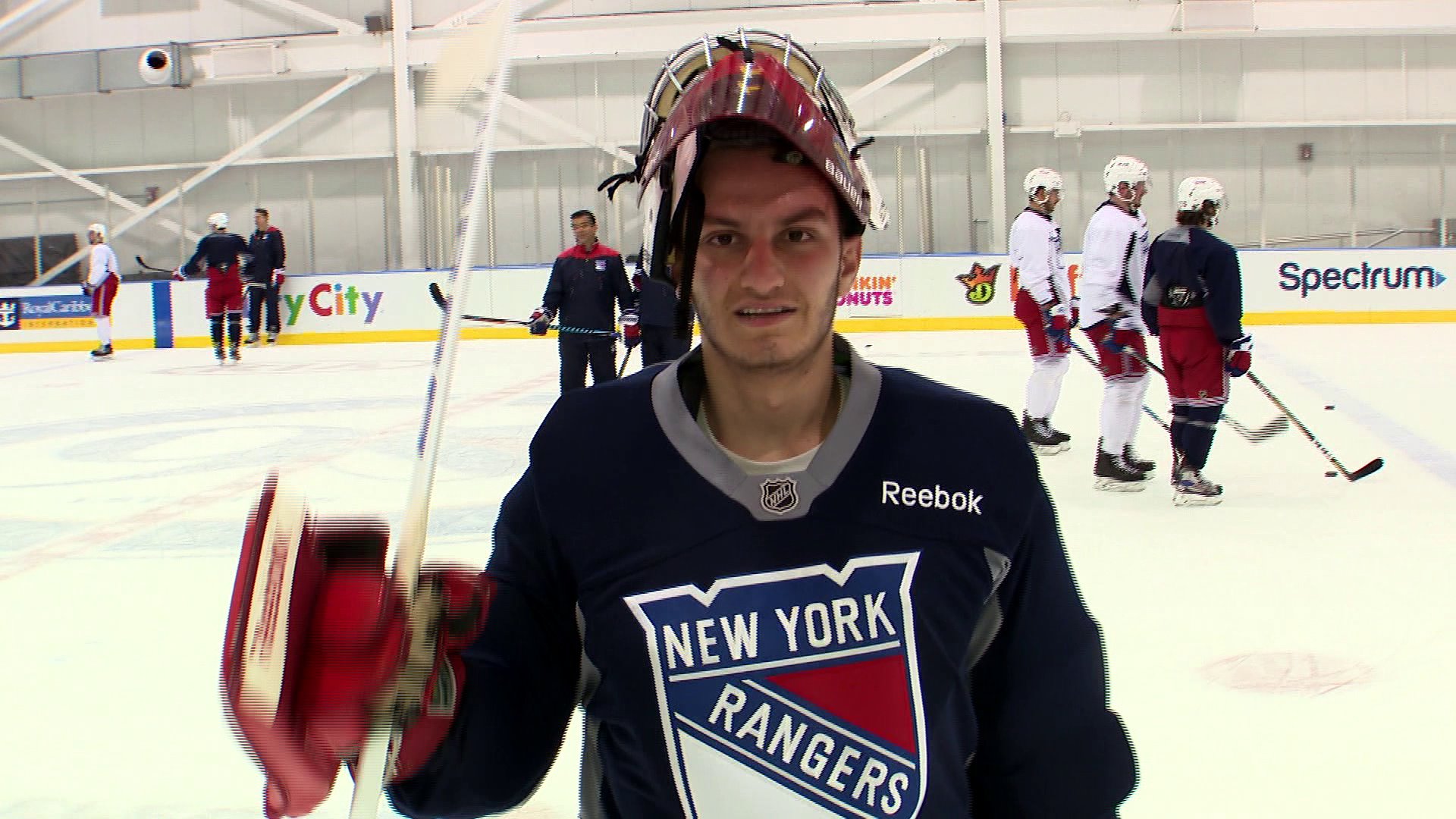 Mr. G meets the newest player on the NY Rangers, Moshe Illouz. The 18 year old was signed to a contract after beating testicular cancer.

“It was just my dream come true," Moshe Illouz smiled.

The moment of a lifetime, for Moshe Illouz, was when he stepped out on this ice.

The 18 year old officially became a member of the New York Rangers, the team he’s idolized since he was a kid.

“I just remember sitting at home in the basement with my brothers, watching the Rangers on TV and I just fell in love,” he said.

"Leadership, hard work and just giving it everything," Illouz explained.

“I first had a surgery and was told that was all I needed to move on, it wasn’t anything serious," he described. "Then it turned out I relapsed and had to do chemotherapy for a few months.”

Just when he thought it was all over, it came back during his senior year of high school.

"I was about to graduate and needed surgery three weeks before but I made it just in time to walk down the aisle,” he smiled. "Honestly, watching the game I loved just helped keep my mind off things.”

Thanks to the Garden of Dreams and Make-a-Wish Foundations, he went from watching the players on TV to being their teammate.

“It means everything!" he said.

Moshe signed a five-day contract, getting his own jersey, even talking to the press. He also attended a team fundraiser, a game and got the chance to practice. Even if he was a little rusty!

“Now how’d that feel?" I asked as he was coming off the ice. "Amazing! It was a really great feeling just being out there with the guys I look up to.”

"He was great, you know I tried to test him, I told him we weren’t going back off,” McDonagh said. "He wasn’t afraid of the puck that’s for sure!”

It was truly a worry-free, fun hour, he and his family will never forget.

“It’s difficult seeing your child suffering," Miriam Illouz smiled. "But seeing him like this all suited up with the Rangers and getting his dream, it’s awesome!”

Part of that dream was meeting Henrik Lundqvist, his favorite player. But that didn’t seem to stop Moshe from trying to take his job!

“Does Lundqvist know this?" I asked. "Not yet," Moshe smiled. "I don’t want to be the one who breaks it to him!"