Clutter, not fire play havoc with firefighters in UWS blaze 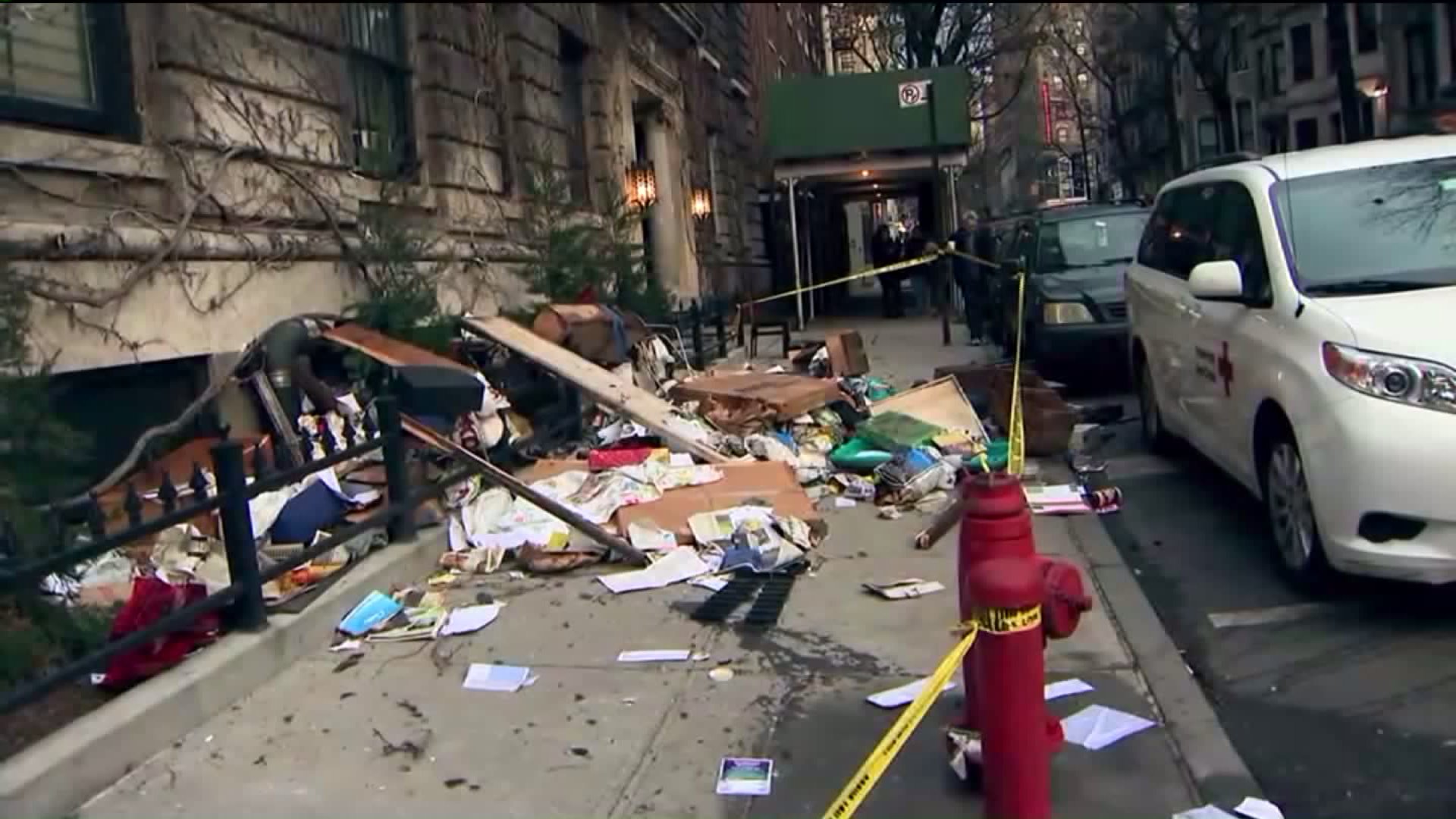 Street on UWS impassable after stuff thrown out from burning apartment.

UPPER WEST SIDE, Manhattan – The fire was out in a matter of minutes, but the piles of stuff firefighters found in the apartment on the Upper West Side, was too much to handle and they had to toss it out the window.

That's what firefighters were confronted with when they responded to the one alarm blaze on the third floor of the pre-war condominium on 91st Street and West End Avenue.  Mounds of debris littered the sidewalk, including years-old magazines and newspapers.  A lone teddy bear lay in the water-soaked mess.

One of the two men who lived in the apartment, told PIX 11 News that his roommate has Alzheimers and is a "pack rat." He said he lost everything. A neighbor who used to live next door to the men said she had heard that they were hoarders.  Firefighters said there was so much stuff piled high in the apartment, it made it difficult for them to move.

This was the kind of fire firefighters refer to as a "Collyer Mansion condition." It's a reference to a 1947 incident in Harlem where two eccentric brothers hoarded more than 100 tons of stuff in their home, where they were found dead, trapped amid all  that they had hoarded.

Seinfeld fans may have recognized the building.  Its exterior that was used in the hit TV series as the home of Mr. Pitt.