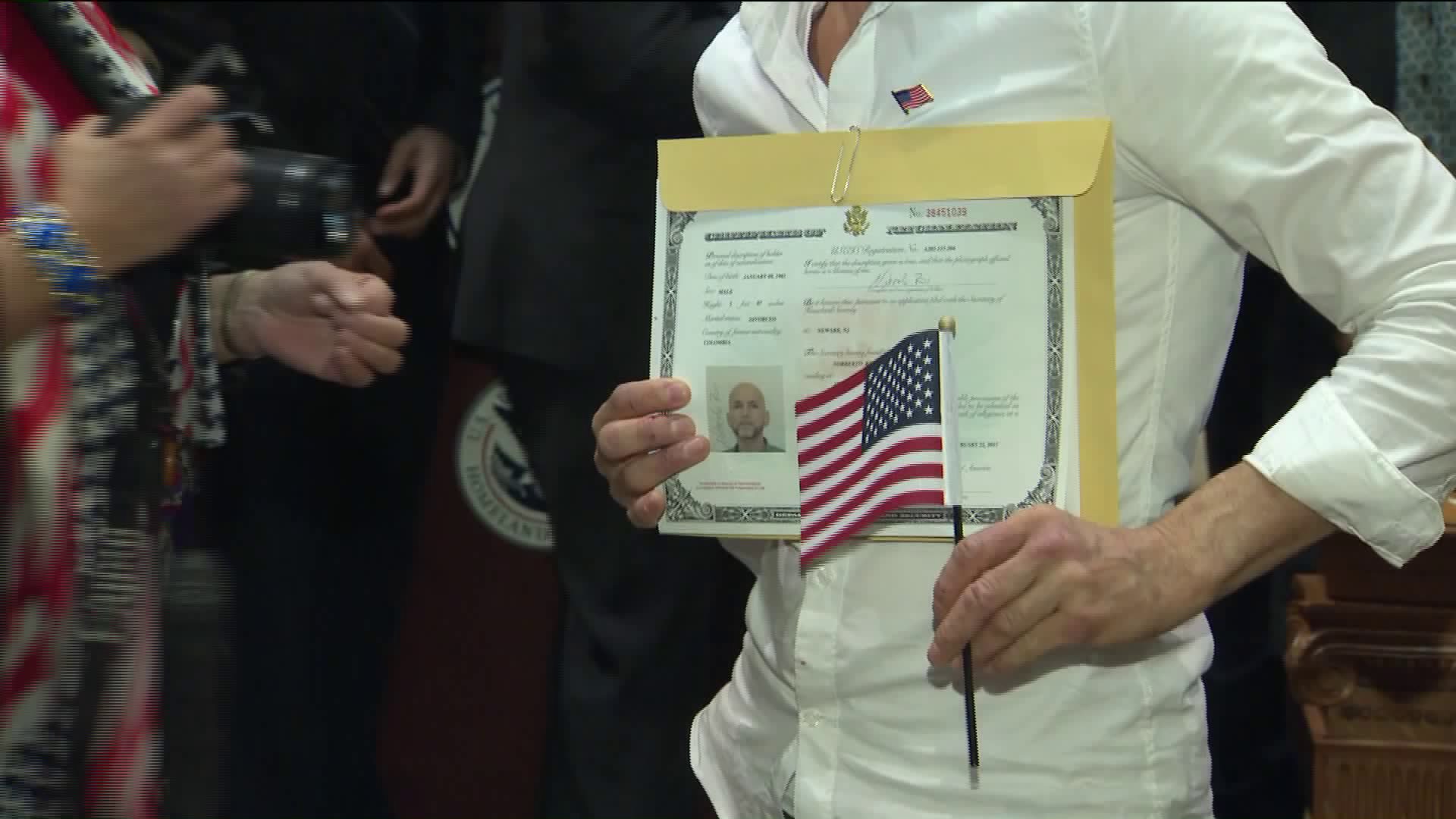 JERSEY CITY — Ana Morales has waited more than just a few years — 18 to be exact.

"I was dreaming this for a few years."

The Mexican native along with more than two-dozen others officially became U.S. citizens Wednesday morning during a ceremony in Jersey City.

Morales' reasoning for coming to the U.S. is the same as it has been for the tens of millions before her, "A dream to have a better life."

Yet, as the 25-year-old shared her newly earned citizenship with PIX11 News as well as her recollection of what it was like when she crossed into the U.S. illegally with her family at the age of 7, she also shared the concerns she is hearing on the streets.

The same ones that are no longer an issue for her, yet are still concerning for many in neighborhoods that have not heard the Spanish name of certain federal agency for years, "People are hearing "La migra"

Morales acknowledges that life has been different in her town in recent weeks, "Where I live, I don't see no more people walking in the street because they are afraid. That immigration is going to come and just get them."

When asked if immigration officials have come into her neighborhood she said, "no."

Morales says she no longer has those fears, but as she walks the streets of a U.S. City as an American Citizen now she was very candid with her viewpoint of illegal immigration. When asked if as an American citizen, if someone is undocumented in the United States and has committed a crime, do you think they should be deported?

Morales simply responded, "Well if they committed a crime... yes."