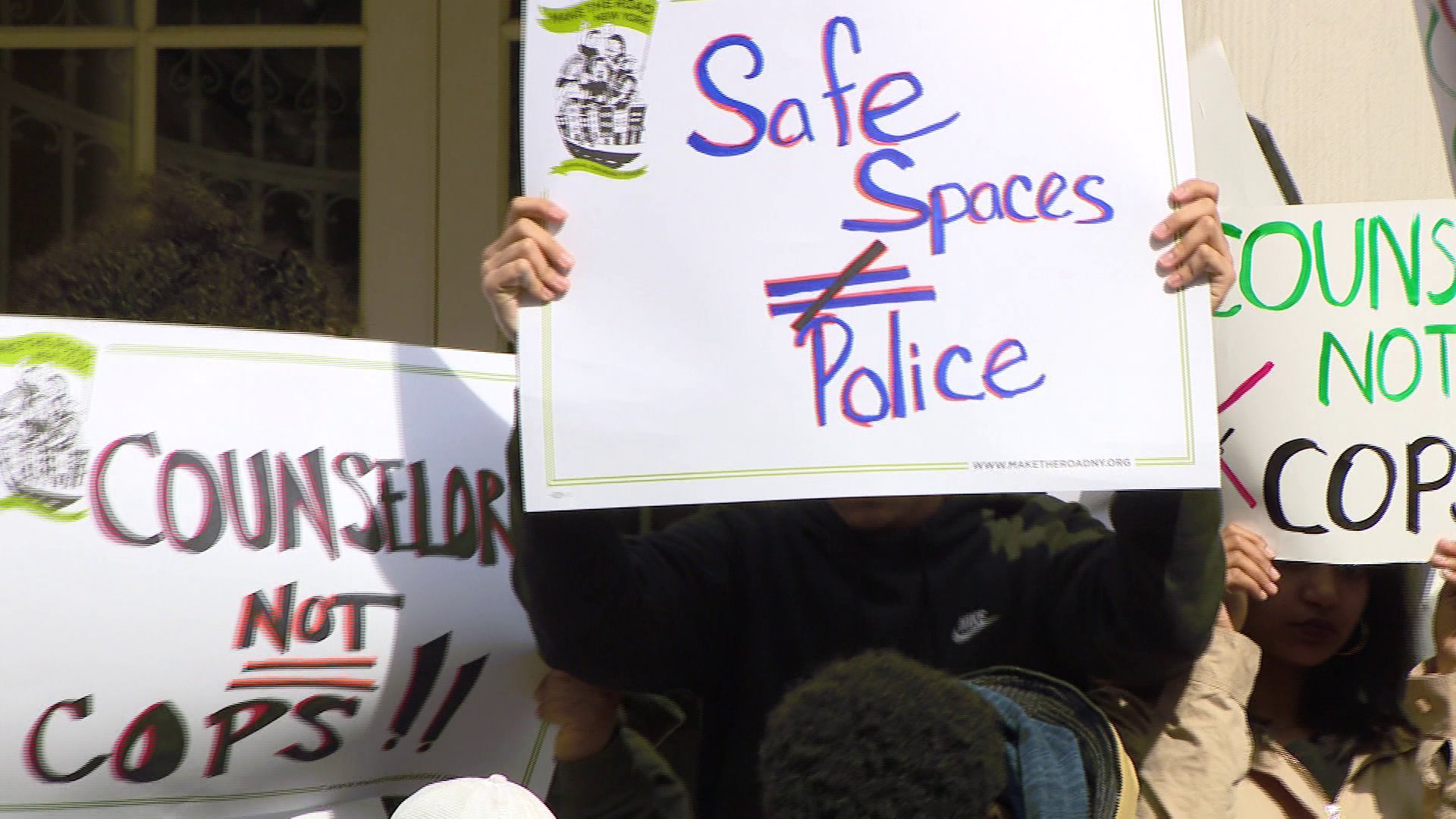 School safety officers have been in schools since the 1970s, only merging with the NYPD approximately 10 years ago.

NEW YORK — Should police officers be in school?

"Some schools I think need it. It depends on which district," said one man in Tudor City.

Minutes later another man added, "I had gone to a pretty bad school, so in that particular case it could have been used."

Roxy Knepp weighed-in saying, "I don't know if our issues with schools is so extreme that we actually need police officers there everyday."

These were some of the random reactions we received from people we spoke with in Tudor City. Minutes earlier, miles away at City Hall in Lower Manhattan, several dozen New York City high school students came together to protest the NYPD's presence in their schools.

According, to one NYPD official PIX11 News spoke with on Tuesday, school safety officers have been in schools since the 1970s, only merging with the NYPD approximately 10 years ago.

One of the opponents at City Hall of the practice is Council member Antonio Reynoso, "We know that 90 percent of the students that are receiving summons and are being charged are all black or Latino."

Reynoso is referring to numbers that the NYACLU published in a report last May. However, the NYPD provided statistics to PIX11 News that showed summons and arrests being down by more than 400 cases from 2015 to 2016.

This said, for students like high school senior Ashnique Walker of Brooklyn, the presence of what she says is approximately 10 police officers at her school makes her campus feel anything but like a a school, "You're going to school and the first people you see is the cops. You don't want to see them be the first thing."

The end result that Reynoso and others are others are calling for even though the NYPD is producing smaller numbers?

Is for cops to be removed from schools and be replaced with more guidance counselors to help mediate situations that in the past have produced arrests.