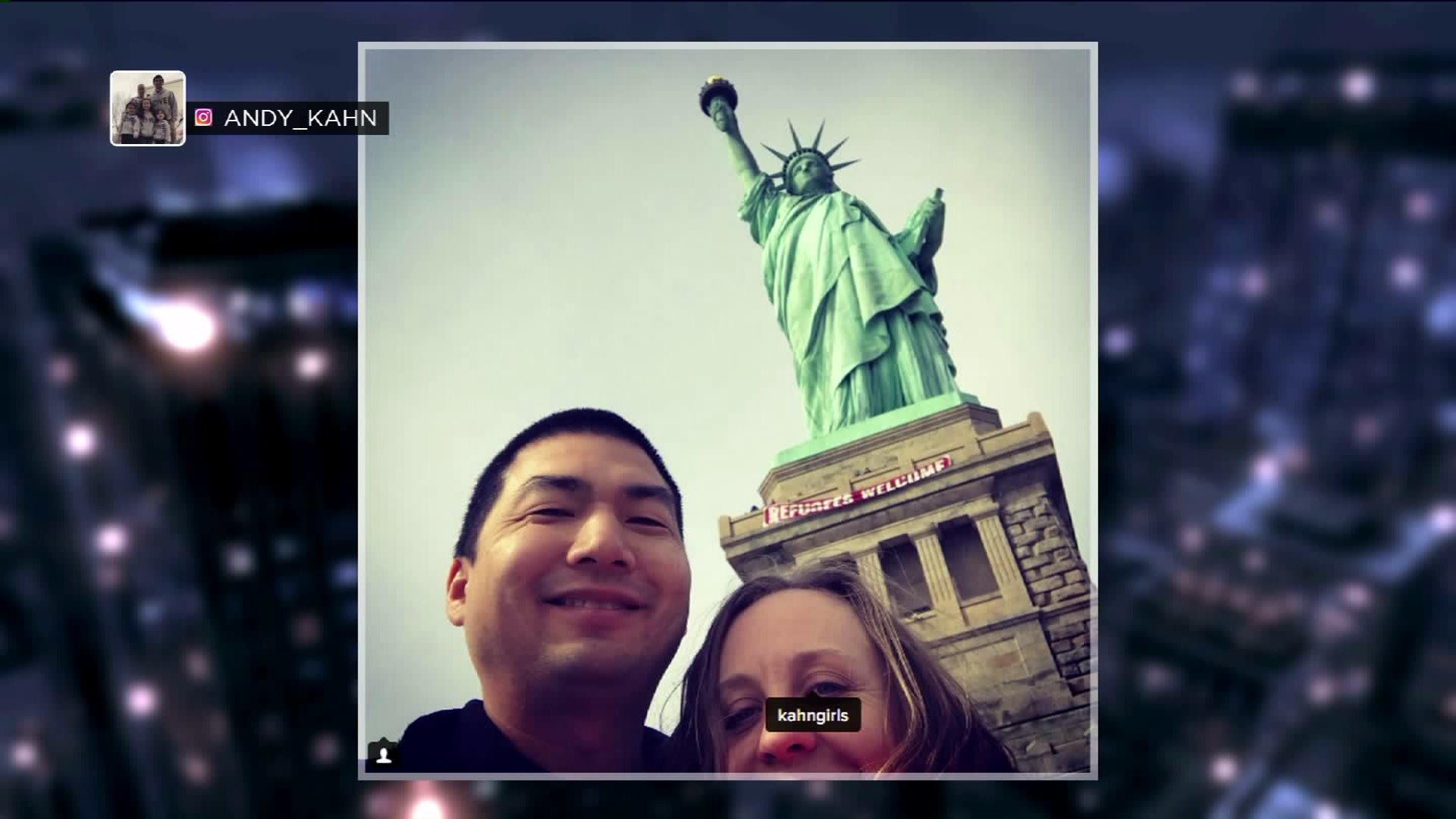 Lady Liberty has become a symbol of hope for protestors since the Trump took office.

NEW YORK — A giant banner that reads "Refugees Welcome" was unfurled across the pedestal of Statue of Liberty in New York Harbor on Tuesday.

National Parks spokesman Jerry Willis says the 3 by 20-foot banner was hung from the public observation deck at the top of the pedestal just after noon. It was taken down more than an hour later. Willis says regulations prohibit anything fixed to the statue.

"Patriots unfurled a massive banner at the foot of Lady Liberty. When injustice is being perpetuated, we must all stand up #RefugeesWelcome"

Patriots unfurled a massive banner at the foot of Lady Liberty.

When injustice is being perpetuated, we must all stand up#RefugeesWelcome pic.twitter.com/rz3Qtwzqco

Lady Liberty has become a symbol of hope for protestors since the Trump took office and in the wake of an executive order that banned travelers from seven Muslim countries — along with preventing Syrian refugees from entering the United States.

A participant involved in hanging the banner released the following statement:

"The Muslim Ban flies against everything we are as Americans. That's true of the unconstitutional original version, and the spirit of any edits they may make to it.

And it's not just our ancestors. Every American knows an immigrant or a refugee. We wanted to send a reminder about America when we're at our best -- the country that's a beacon of freedom to the world, built by immigrants. Walling off countries or entire religions is against our values. That's what the Statue of Liberty stands for."

Emma Lazarus’s poem “The New Colossus,” which is inscribed on a plaque within the monument, has become a motto for protestors rallying for immigrants.

"Give me your tired, your poor, Your huddled masses yearning to breathe free, The wretched refuse of your teeming shore. Send these, the homeless, tempest-tost to me, I lift my lamp beside the golden door!"