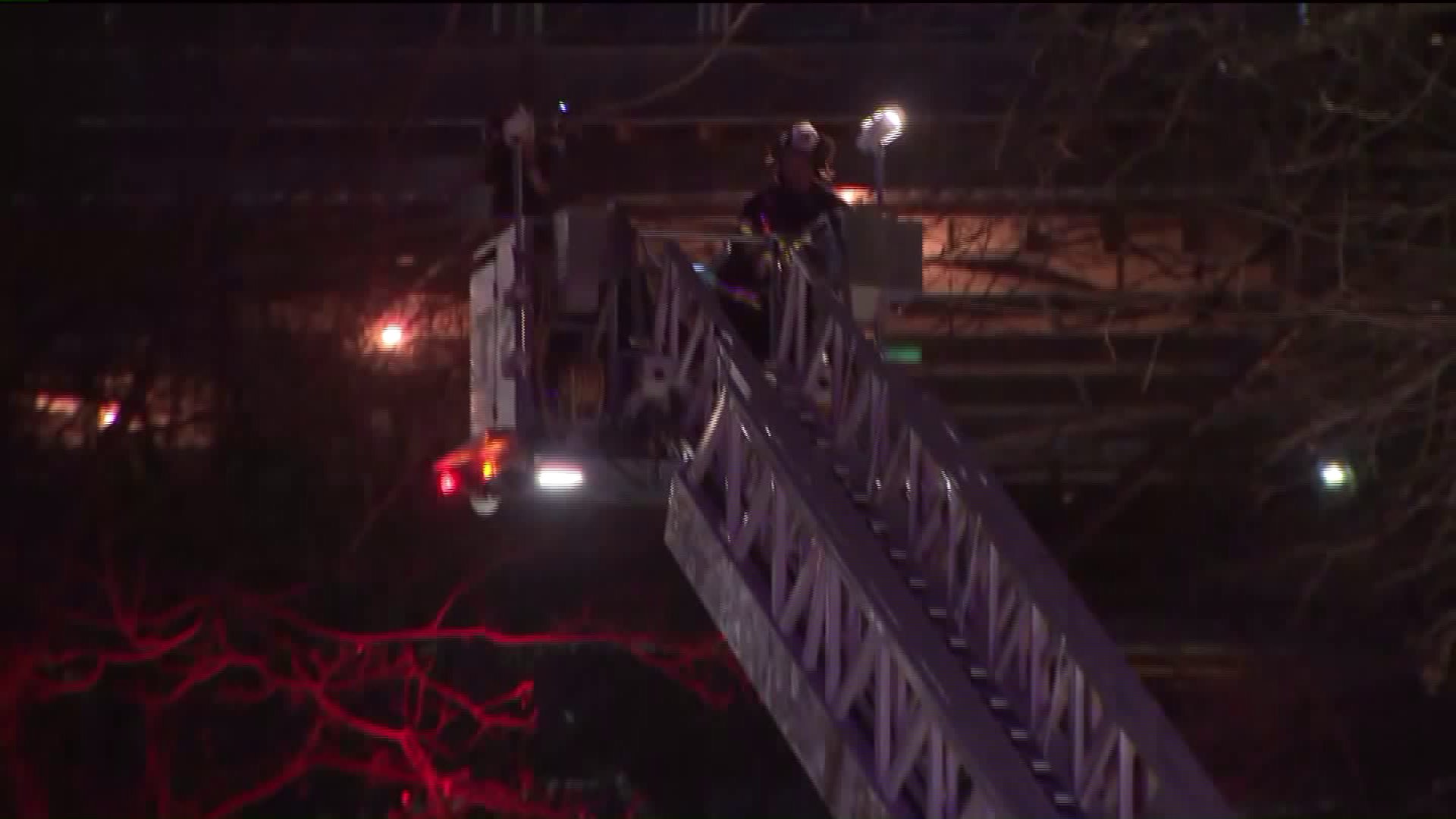 The man was taken into custody.

FORT LEE, N.J. — A suspect who attempted to evade police by climbing down on the cliffs at the Palisades Monday evening has been rescued, officials say.

Facing a drug-related arrest, Lora tried to escape Palisades police by fleeing into a wooded park, but was later caught dangling from a cliff - until he was rescued. (Photo: Palisades Interstate Parkway PD)

Anthony Lora, 22, was stopped by Parkway police just before 5 p.m. as authorities were conducting a controlled narcotics purchase in a stairway off Hudson Terrace in Fort Lee, police said. During the transaction, Lora fled on the undercover officer into the wooded park just north of the George Washington Bridge until he crossed over a fence-line and began scaling down the Palisades Cliff.

As more officers arrived at the location, he stopped moving and became stuck in a tree on the cliff side, facing a potential fatal fall.

The suspect was pulled from the cliffs by a rappel team and taken into custody by police. He was not injured.