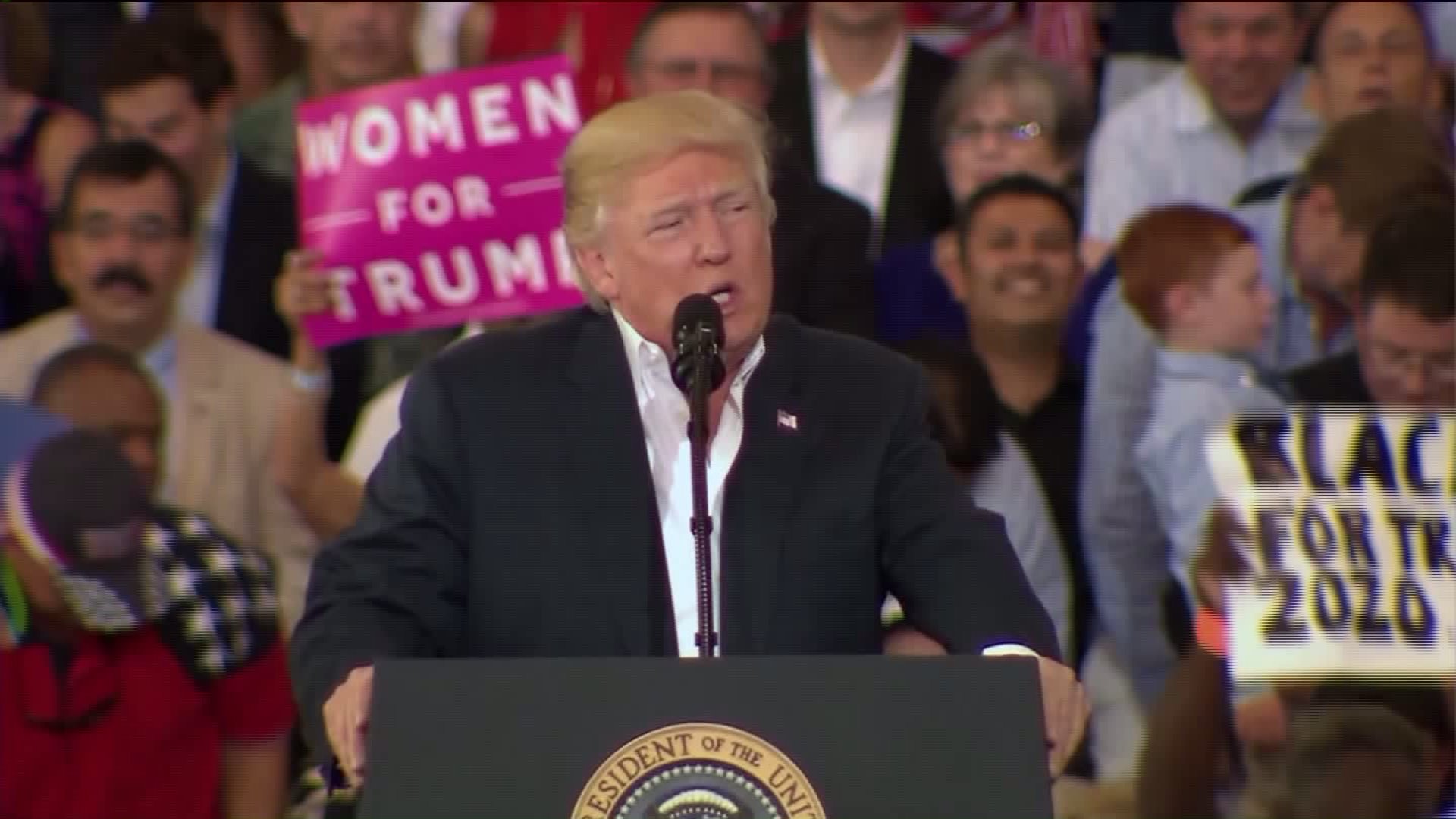 WASHINGTON — President Donald Trump, after a month of arduous and, at times, turbulent governing, got what he came for Saturday during a dusk rally here: Campaign-level adulation.

Trump, who just months ago finished campaigning for the office he now holds, was both selling what his administration has done in its first 30 days and trying to change the subject after a chaotic month. The President was forced to fire his national security adviser, struggled to roll out his travel ban and strained to explain a growing story about how members of his 2016 campaign made repeated contact with Russian individuals known to US intelligence.

Trump, clearly ready for some relief from the confines of Washington and the limitations of the house he ran to occupy, reverted back to his campaign habits, basking in what energized him for months during the slog of his race against Hillary Clinton.

At one point, Trump invited Gene Huber -- a supporter who said he arrived at the venue at 4 a.m. ET to be the first in line for the event -- up to the stage. The man was briefly stopped by the Secret Service before the President urged agents to let him come up and address the audience.

"I wouldn't say Secret Service was thrilled with that ... but we know our people," Trump said.

The moment evoked some of the unscripted flashes that defined Trump's 2016 campaign.

"I am here because I want to be among my friends and among the people," Trump said to open his rally. "This was a great movement, a movement like has never been seen before in our country or before anywhere else, this was a truly great movement and I want to be here with you and I will always be with you."

Trump, as he did often during the campaign, turned his fire on the media during the packed event -- estimated to number 9,000, according to Melbourne police -- slammed international trade deals made by his predecessors and pledged to bring back the jobs to the United States.

The President said his administration would release a new immigration order "over the next couple of days" that aimed to curb the flow of refugees.

Slamming the judges who decided the order was unconstitutional, Trump even read the US code that he believes gives him the authority to implement the executive order.

But Saturday's rally was different: Trump pulled up in Air Force One, not his private plane, stepping off the plane with first lady Melania Trump as his crowd roared and the speakers blared the theme song from the 1997 Harrison Ford movie "Air Force One."

"When the media lies to the people, I will never let them get away with it. I will do whatever I can so they don't get away with it. They have their own agenda and their agenda is not your agenda," Trump said Saturday.

As he bellowed, event attendees turned to the pen where the media stood and booed.

Trump previewed these attacks in the days leading up to his event, tweeting Friday that a list of outlets were "the enemy of the American People!"

Trump also looked to rebut reports of a chaotic White House, telling supporters, "the White House is running so smoothly, so smoothly."

What was unclear Saturday was what exactly Trump was campaigning for. The event was being run by Trump's 2016 campaign, Donald J. Trump for President Inc.

Before taking the stage, Trump was asked if it was too early to do another campaign event. His response: "Life is a campaign."

On Friday, White House spokeswoman Sarah Huckabee Sanders said Trump was headlining the event as a way to go around the media.

"People in this circle don't always do the best job delivering his message (because) nobody does it better than he does," Sanders said about the media.

"So he can do that very easily by taking the stage and talking directly to the people of America, addressing their concerns and being able to properly express exactly what he's doing and what his administration has done over the last month," Sanders said on Air Force One as the plane headed south to Florida.

Trump's presidential campaign was defined by raucous events where he would deliver hour-long stemwinders, responding directly to the chants of the crowd and seemingly plugging into the energy that his supporters were throwing his way.

Former campaign aides said before the that they were not surprised Trump was getting back on the road so early in his first term, in part because it was what fueled him for months on the campaign trail.

Michael Caputo, a former senior adviser to Trump's campaign, said he expects this sort of campaign-style event will be the "first of many."

"He grew very familiar with the rally concept and I expect him to return to where he is comfortable when he needs to recharge," Caputo said. "The fact that Trump showed us a new way of winning should have given everyone a hint that he would show everyone a new way of governing."