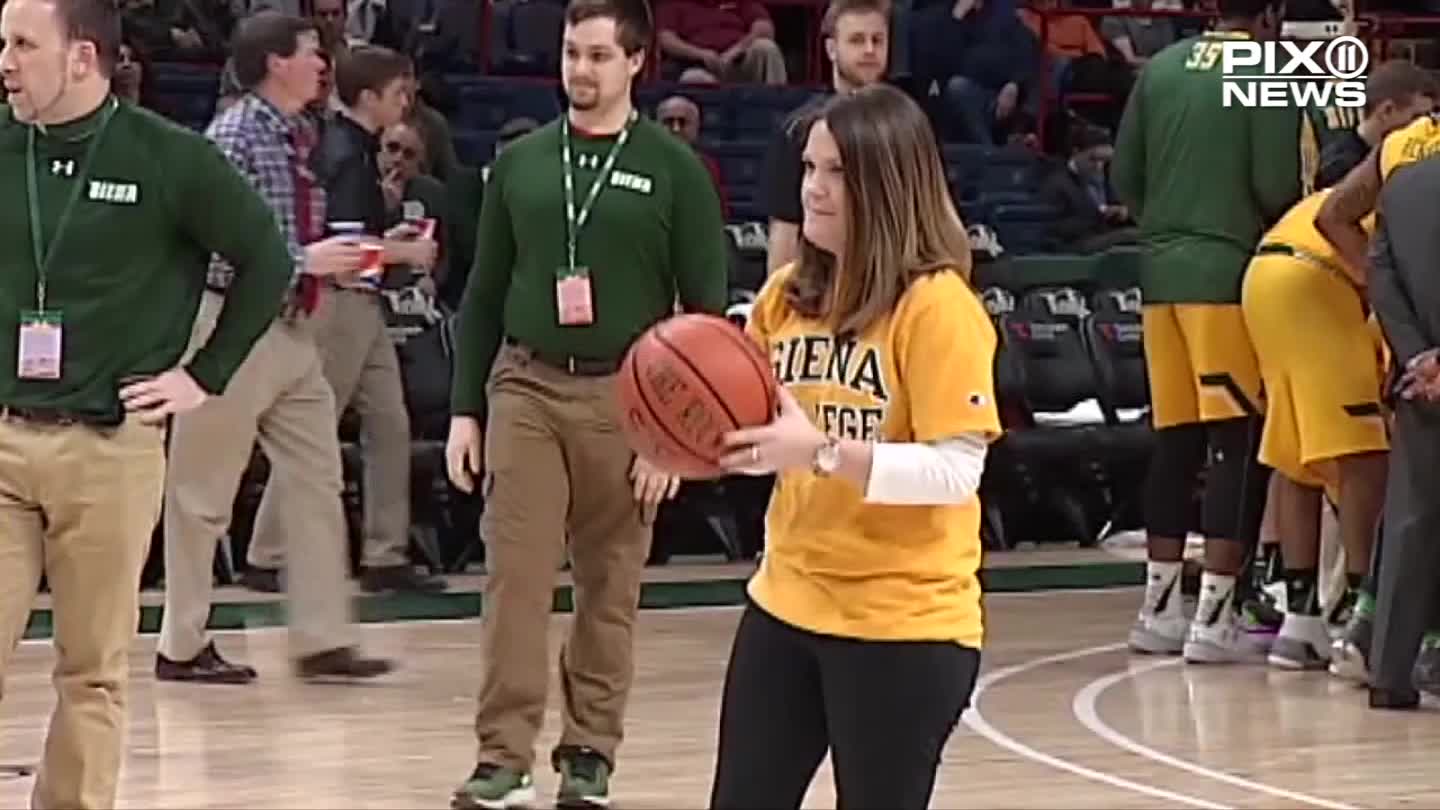 She had no idea her boyfriend was in disguise as a coffee cup.

ALBANY, N.Y. — It was quite a night for a New York state college basketball fan who made a half-court shot to win a $500 gift card, and then received a marriage proposal seconds later.

Erin Tobin took part in a Dunkin' Donuts promotion during Thursday night's Manhattan-Siena game at the Times Union Center in Albany. As the company's mascot stood nearby, the 30-year-old Siena graduate and season ticket holder banked in her half-court, one-handed heave.

After celebrating, Tobin turned around to see the mascot's giant coffee cup costume being removed to reveal her boyfriend, 31-year-old Steve Duckett, on his knee and holding an engagement ring. A very surprised Tobin said yes as the crowd cheered.