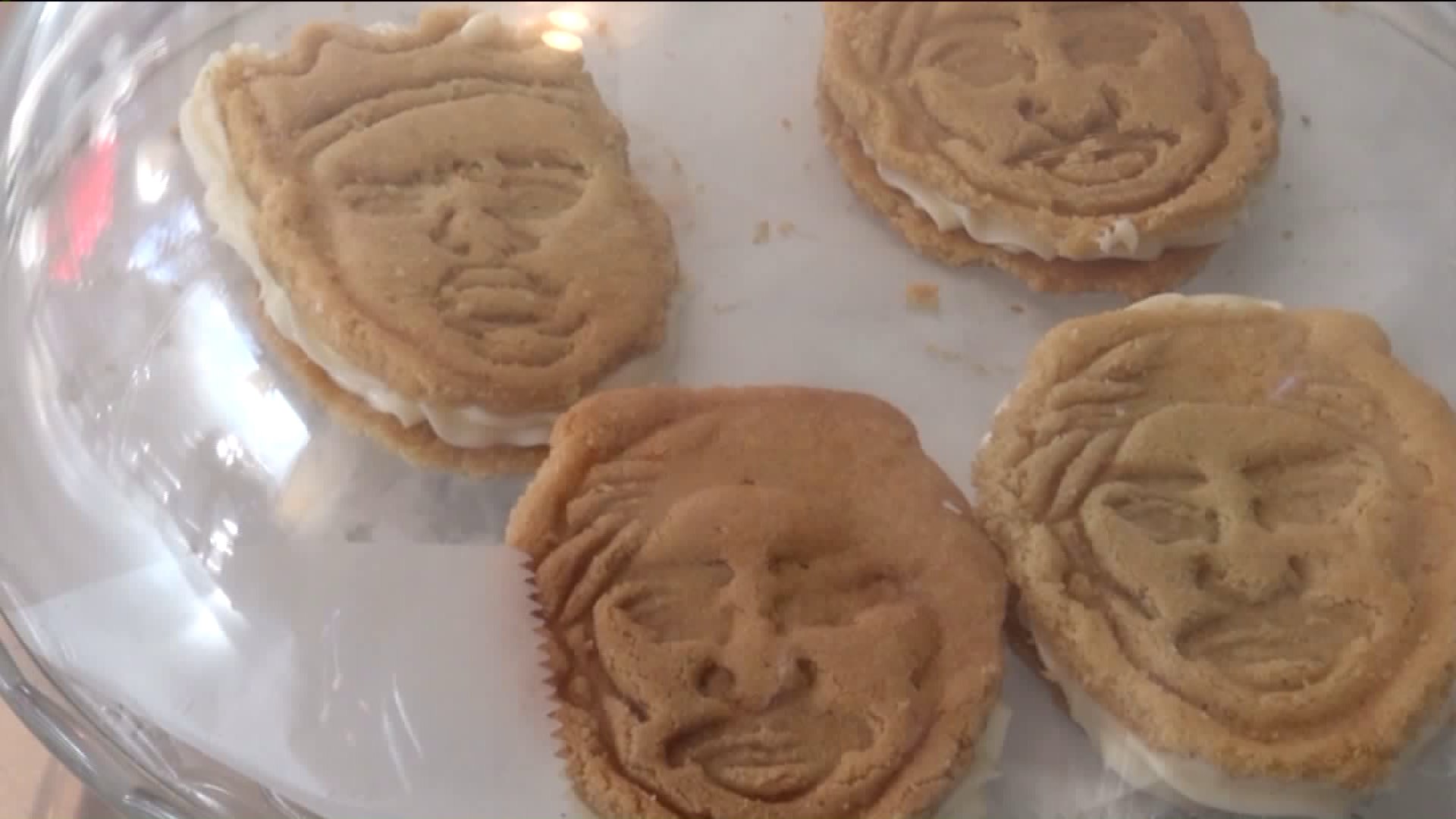 Khayri Ayers opened his new shop CakeBoi on Throop Avenue last week. Ayers told PIX11 News growing up in the same neighborhood as Christopher Wallace — also known as Notorious B.I.G. — inspired him to put his face on the cookie.

"Very inspirational for a lot of the youth in the neighborhood," Ayers said. "He put the city on the map all over the world."

Then Tupac and Eazy-E followed from there.

The $2 treat is a sweet spin on the rap rivalry that played out across the country in the late 90s, which many people believe led to the murder of Wallace and his rival Tupac Shakur.

This year will mark the 20th anniversary of Wallace's death and Ayers said he has some special plans for the day.

"It's limitless, we're aiming for the sky. Sky's the limit as Biggie would say," Ayer said, adding that customers won't find any East Coast, West Coast rivalry inside his store.

"The fact that I'm able to bring back something not only for myself and my peers, but even the knew people coming to the neighborhood it's a big deal for me."

After all it's the "Brooklyn way."