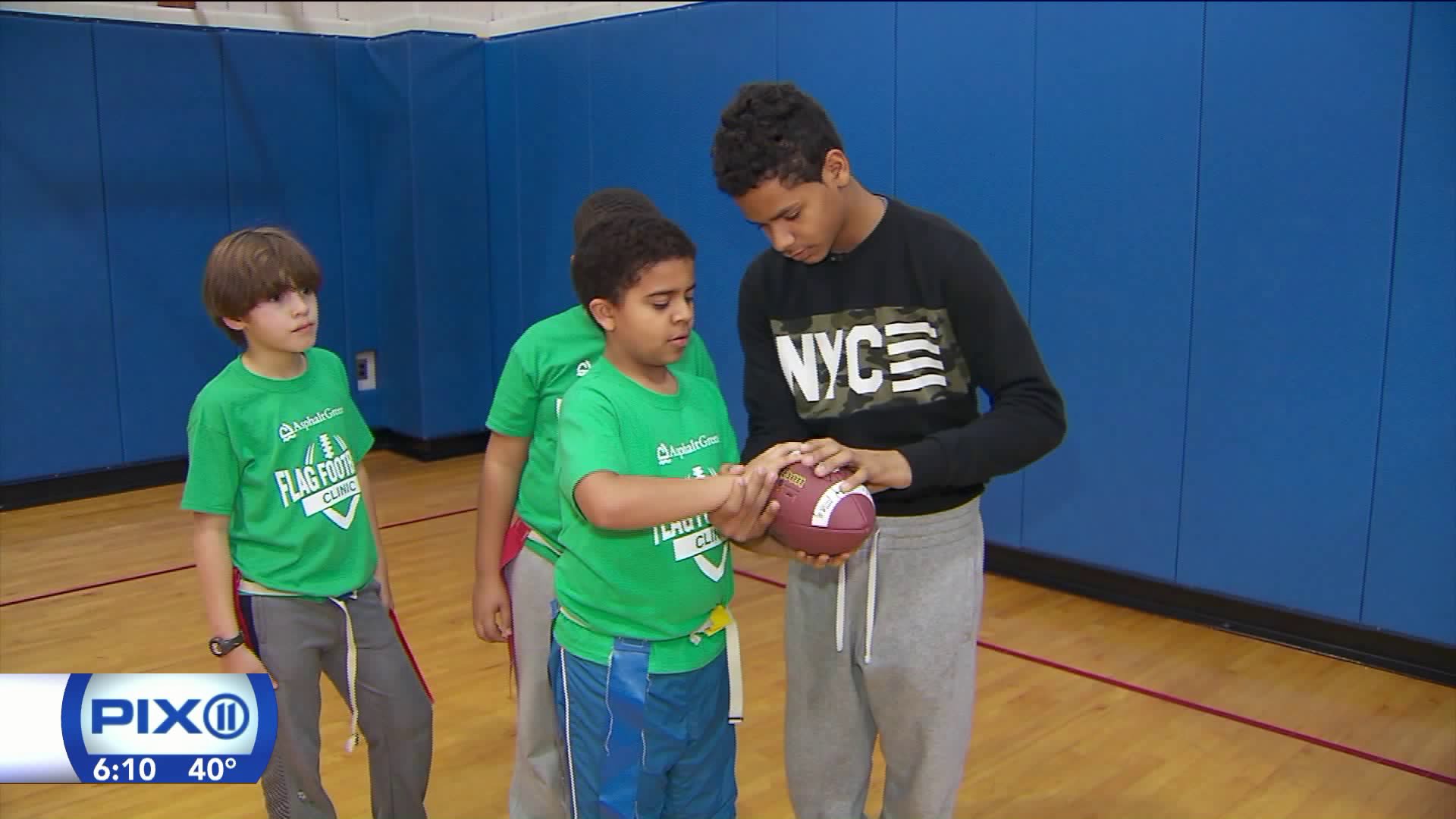 “I’m having a lot of fun today!” Seth smiled.

These little ones are getting a hands-on lesson in America's most popular sport.

“We played the quarterback and the wide receiver," Jaylene added.

This free flag football clinic was put on by the nonprofit Asphalt Green , which offers sports and fitness programs in low-income neighborhoods at more than 100 city schools, like this one, P.S. 178.

“One of our programs is called CSL, Community Sports Leagues. We have over 750 kids from 18 schools participating in interscholastic play," said David Ludwig, Asphalt Green's community programs director.

“They gave us an opportunity, like, I would never have played football," said Agais Garcia, an eighth-grader.

Garcia plays on one of those CSL teams at Bea Fuller Rodgers Middle School. And now, he and his teammates are going from players to coaches.

“I feel great for helping these little kids because I remember when I was like one of them," John Carlos, an eighth grader, added.

These boys are volunteering as part of a school community service project, but getting the chance to give back is what really drives them.

“It was important because some kids don’t have the right foundation at home and they could be slacking in school so sports is a good way to motivate them. That motivates me," Garcia explained.

“I like that they’re teaching us how to play football," Rinaldo, an elementary student, said.

And over the last year, the number of girls participating has nearly tripled.

“The confidence is important because you have to know that you could catch the ball and you could throw it, too," Jeanny said.

Confidence is just one of the many life lessons these kids are learning.

“How to win, how to lose, how to respect each other, what role they play and what it takes to be part of a team," Ludwig said.

“Really to focus and, you know, also to listen to your coach and just to follow directions as a community and a football player," Garcia said.