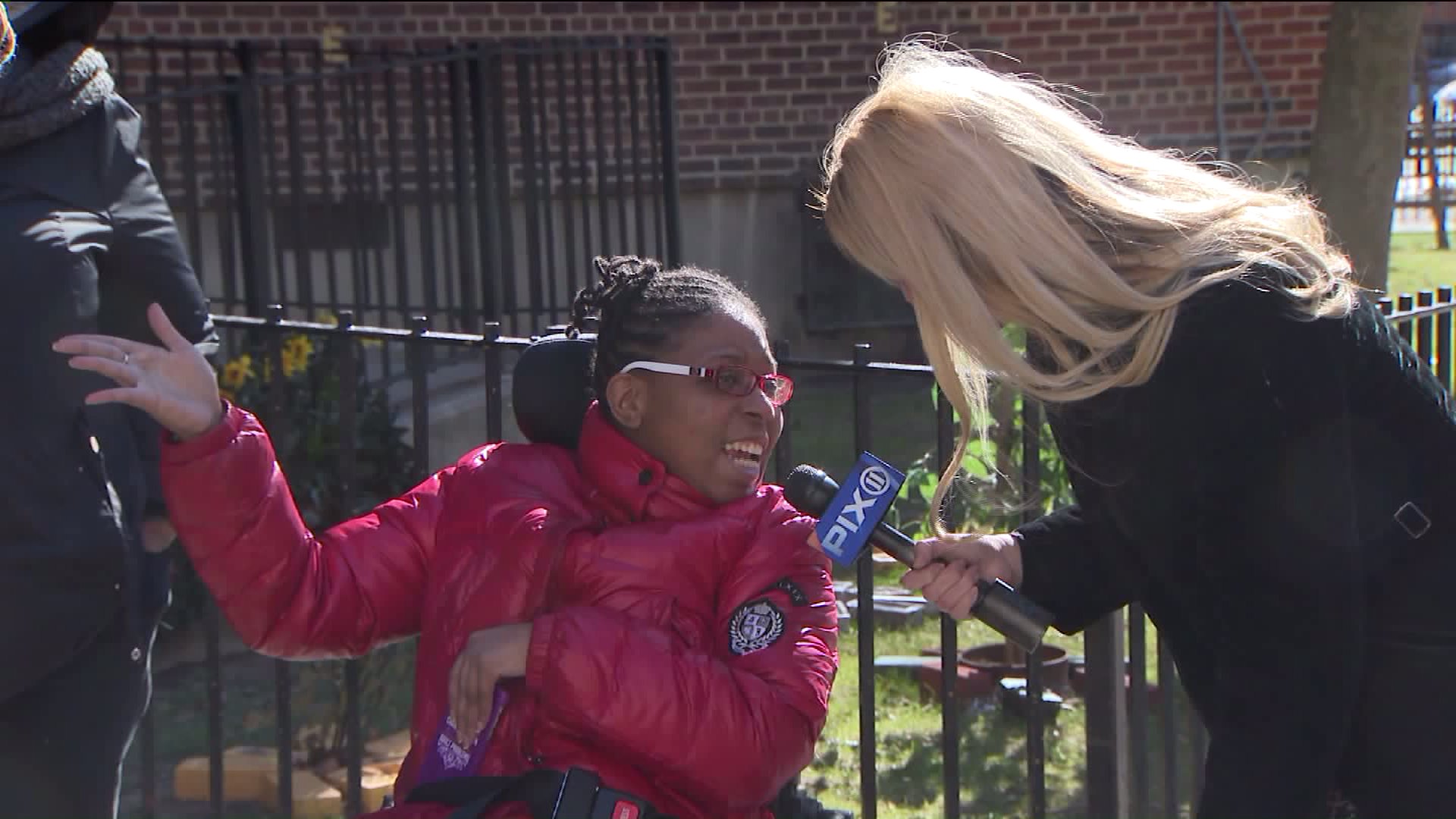 PIX11`s Monica Morales is making it happen for these New Yorkers.

NEW YORK — A disabled Harlem woman got her home repairs, a Brooklyn grandpa finally got his heat turned on and the Bronx cheerleading team return from Nationals — PIX11 News is making it happen.

Cynthia Johnson from Harlem struggles everyday to carry her disabled niece to her room because her wheelchair can't fit inside their apartment in the Martin Luther King Towers.

Johnson also struggled to get repairs to her kitchen ceiling and cabinets installed.

PIX11 News reached to the New York City Housing Authority and they sprung into action, first installing new cabinets then fixing the ceiling.

"Thank you. We finally have a kitchen," Johnson said.

The Housing Authority said they are next on the waiting list for a new home.

Ana Matos, of Far Rockaway, got a medical transfer from the Housing Authority to move from Queens to the Bronx so she can be closer to her doctors and 10 grandchildren.

Matos, however, couldn't afford to move and tried to get assistance and a check from the city to help her move.

"Every time I called, I was getting the runaround. It was depressing and it was so frustrating," Matos said.

Human Resources Administration stepped in when PIX11 News got involved.

Matos is getting a check and will be moving this weekend.

Robert Sanders, 71, has a heart condition, and has lived through two open-heart surgeries.

He said his health problems are nothing compared to his struggle with his management company to get his heat turned on.

"I pay my rent I deserve to have heat," Sanders said buried under his comforter.

With nine grandchildren, Sanders said his heat has been unpredictable for several months now and he wants answers.

PIX11 News reached out to his management company, Percision Management, and workers turned the heat on, saying their tenants are their top priority.

The Bronx Lions of Lehman High School football team were honored at City Hall Wednesday thanks to Councilmember Andy King and PIX11 News. They are also finally getting their Championship rings thanks to King and generous viewers.

The kids at Storefront Academy in Harlem started their new fencing program with the help of Olympic Silver medalist Tim Morehouse. PIX11 News surprised them with a meeting with the Olympic champion.

The Bronx cheerleaders from Monroe High school placed seventh nationwide in Florida, after PIX11 viewers helped them travel to the competition.

She is now studying to be an EMT, but she needs us to save her and help her with her health insurance.

"I keep getting bills and I can't sleep at night. I worry all the time," said Strickland, meeting us during her lunch break.

Strickland's 7-year-old son has a medical condition where he has seizures. She said since she is unemployed and getting affordable health insurance is difficult.

PIX11 News reached out to the New York State Department of Health and they responded: "The consumer submitted the needed documents. Our customer service staff has spoken with the consumer and her coverage issue is resolved."