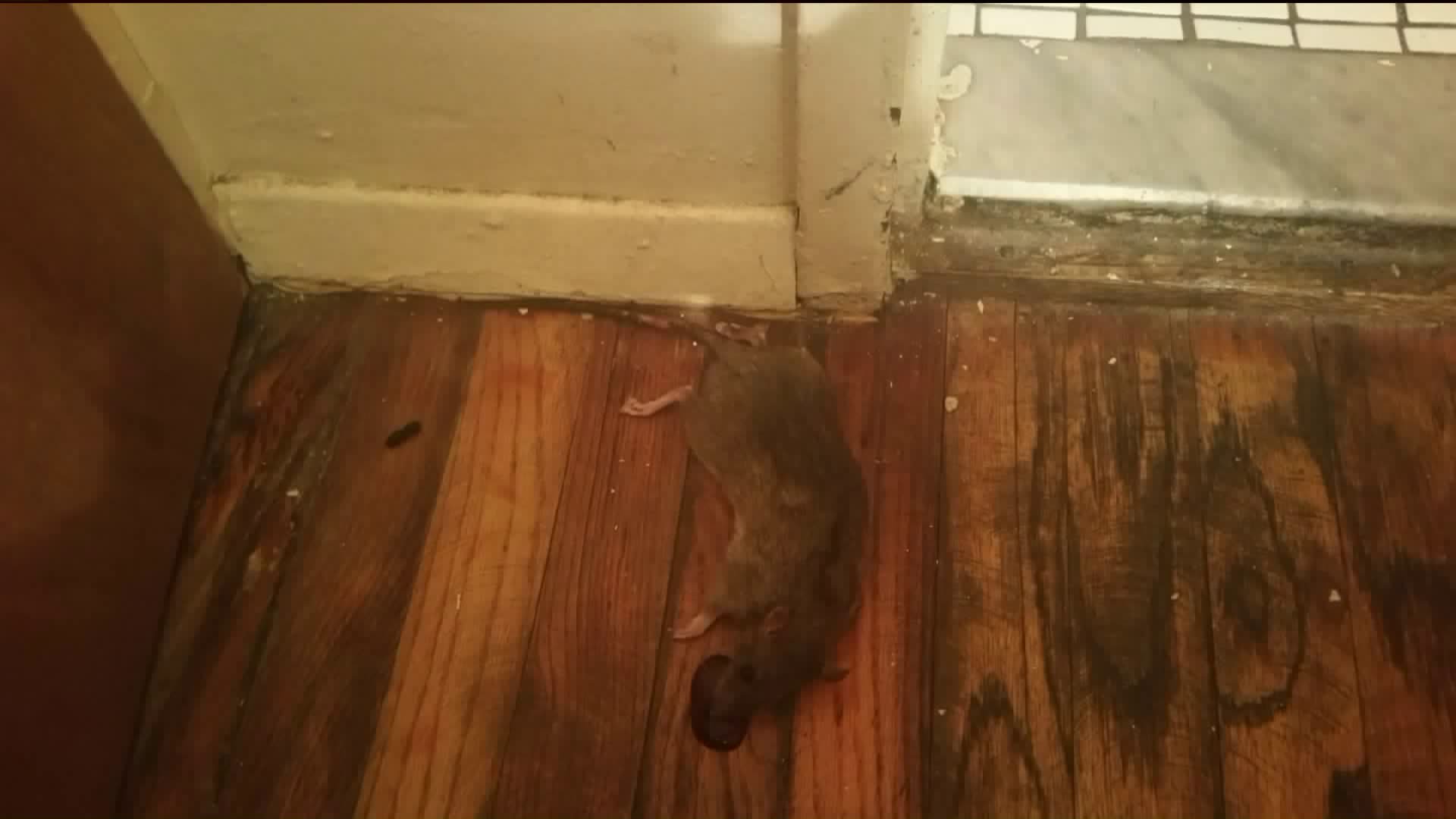 KINGSBRIDGE, The Bronx — A family said "aggressive" rats have invaded their Bronx apartment and attacked them for years, and are urging the landlord to fix the problem.

Christina Garcia, a mother of six children, lives in the apartment building at 2730 Sedgwick Ave. in the Kingsbridge section of the Bronx. She told PIX11 News on Friday it's not one or two rats running around the building, but multiple rodents in their apartment.

"You hear them. My oldest daughter, hears them all night — in the heaters, in the walls, under the floors. You feel them under the floor. I mean, it's really bad," Garcia said.

Photos of dead rats in the apartment building were shown to PIX11 News. Visible holes in the floor corners and walls where the rats scurry in and out were found throughout the home.

Rats are not afraid of people and "attack" and bite people, Garcia said, and on Thursday a rat bit her fiancé's finger.

Garcia's concern comes after one person died last December and several others were recently sickened when they caught a rare infection — Leptospirosis — a disease transmitted from rat urine, while living in their Bronx apartment.

Garcia said she's worried about her children living in the rat-infested condition, especially her 3-month-old son.

"This apartment is the nest," Garcia said.

She said she has been fighting the landlord to solve the problem since 2014.

NYC councilman Fernando Cabrera said it's a problem that needs to be solved.

"When you see the rats are literally coming out of the bathtub, we're not talking about a one rat issue. We're talking about...we know the rats are concentrated in groups of 60 to 100. They can fit through the size of a quarter," Cabrera said.

PIX11 and Cabrera reached out the Kingsbridge Corp., the owner of the building, for a statement.