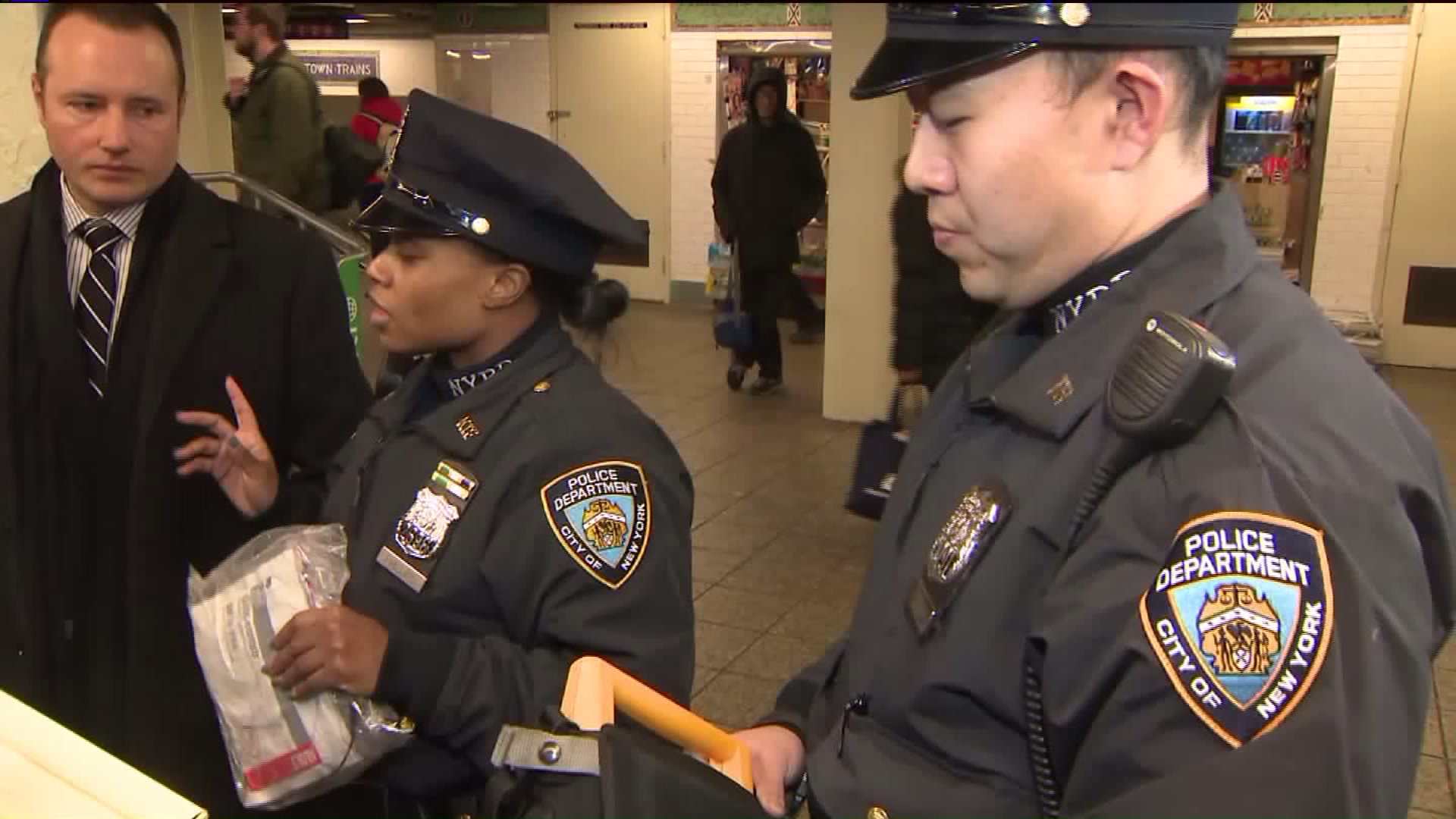 The officers said it was the first time they used a defibrillator on someone.

CLINTON HILL, Brooklyn — Two NYPD officers are being hailed heroes after they saved a woman who suddenly collapsed on a subway platform Thursday evening.

Officers Amanda Phillips and Peng Zhu were patrolling the Lafayette Subway Station just after 5 p.m. when a woman, 53, suddenly collapsed.

"I could see the female on her side...she was unresponsive, but gargling," Phillips said.

The two officers heard the call for help through the radio and rushed to the woman's side, who hadn't made her way to the platform yet.

"I was calling her name just to see if she would respond to me," Phillips said.

The woman, who was laying face-down, did not respond and had no pulse. Phillips placed the woman on her back and performed CPR while Zhu called other officers for an AED, automated external defibrillator.

They shocked her once and the woman regained a pulse.

"Once they said they have a pulse and it was weak, I was a little relieved, happy that she was coming back," Phillips said.

The woman was taken to the hospital where she remains in the Intensive Care Unit.

The officers said they are just grateful they got to the woman just in time.

"I just imagined what if that one of my family members lying on the floor. So I hope someone could save her as soon as possible," Zhu said.

"It is an amazing feeling knowing that we helped someone out. She has family and people that care about her so that's all that matters," Phillips said.