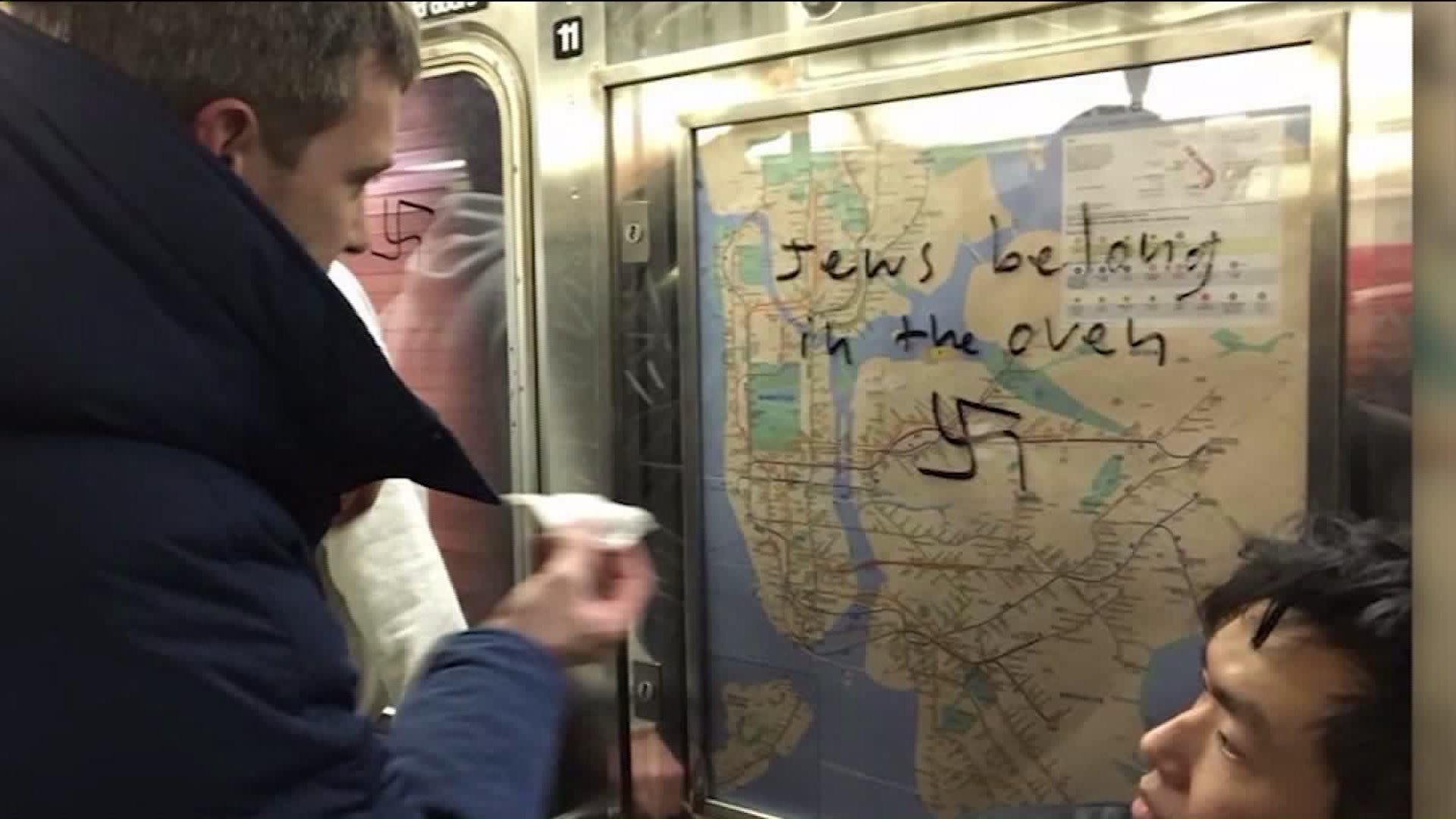 He was seen wiping drawn swastikas off of subway maps.

Swastikas and anti-Semitic statements were found scrawled all over an uptown No. 1 train on February 4. Nied, a sous-chef at a Manhattan restaurant, boarded the subway car and was disgusted to see the hate-filled graffiti. He jumped into action and led the other passengers in removing the markings.

The graffiti was drawn using a Sharpie marker onto the door, window, wall, even over a map inside the subway car.

“I looked up and saw the map scrawled with graffiti and thought to myself ‘oh really who would do this?’ and who wants to see this right now? Somebody asked me if I could erase it and I thought yes I can. Let’s all make this right so we all came together for that one beautiful moment it just felt fantastic to be able to fight hate,” said Nied.

The incident made national and worldwide headlines. It shocked, saddened, yet uplifted people.
Perhaps because it's a great example of the spirit and humanity of New Yorkers.

“It’s overwhelming but in a really positive way," Nied said. "I’ve certainly never been this famous before but it feels really good to be getting attention for all the right reasons.”

Straphangers were uncomfortable and unsure of what to do. Nied stood up and said hand sanitizer with its alcohol base, gets rid of Sharpie markings.

Recalling that night, Nied said “I asked any of you have more hand sanitizers? Hundreds of hands popped up with tissues, there wasn’t a lot of talking going on we were just focused on erasing the hate.”

So they all banded together got to work. And along with tissues and a little elbow grease scrubbed away the hate.

The Stand-Up New Yorker Award is given by the ADL to a recipient for taking immediate action to help others being singled out for bigotry, or initiating efforts to denounce hate.

“He’s the one who stood up he was the first one, to be a leader is a difficult thing to be," said Evan Bernstein, ADL NY Regional Director. "He did the hardest thing which was to be the first one and that’s why we felt we needed to honor him. We need more New Yorkers to do what Jared did to stand up in the face of hate and when you see something do something and that’s exactly what he did. We think he’s the perfect example of what we hope all New Yorkers can do."

Our subway hero has choice words for the racist graffiti artist.

Jared Nied is only the second person to receive the Stand-Up New Yorker Award, the first was Hassan Askari in 2007, who also stood up to hate and anti-Semitism in a subway car.