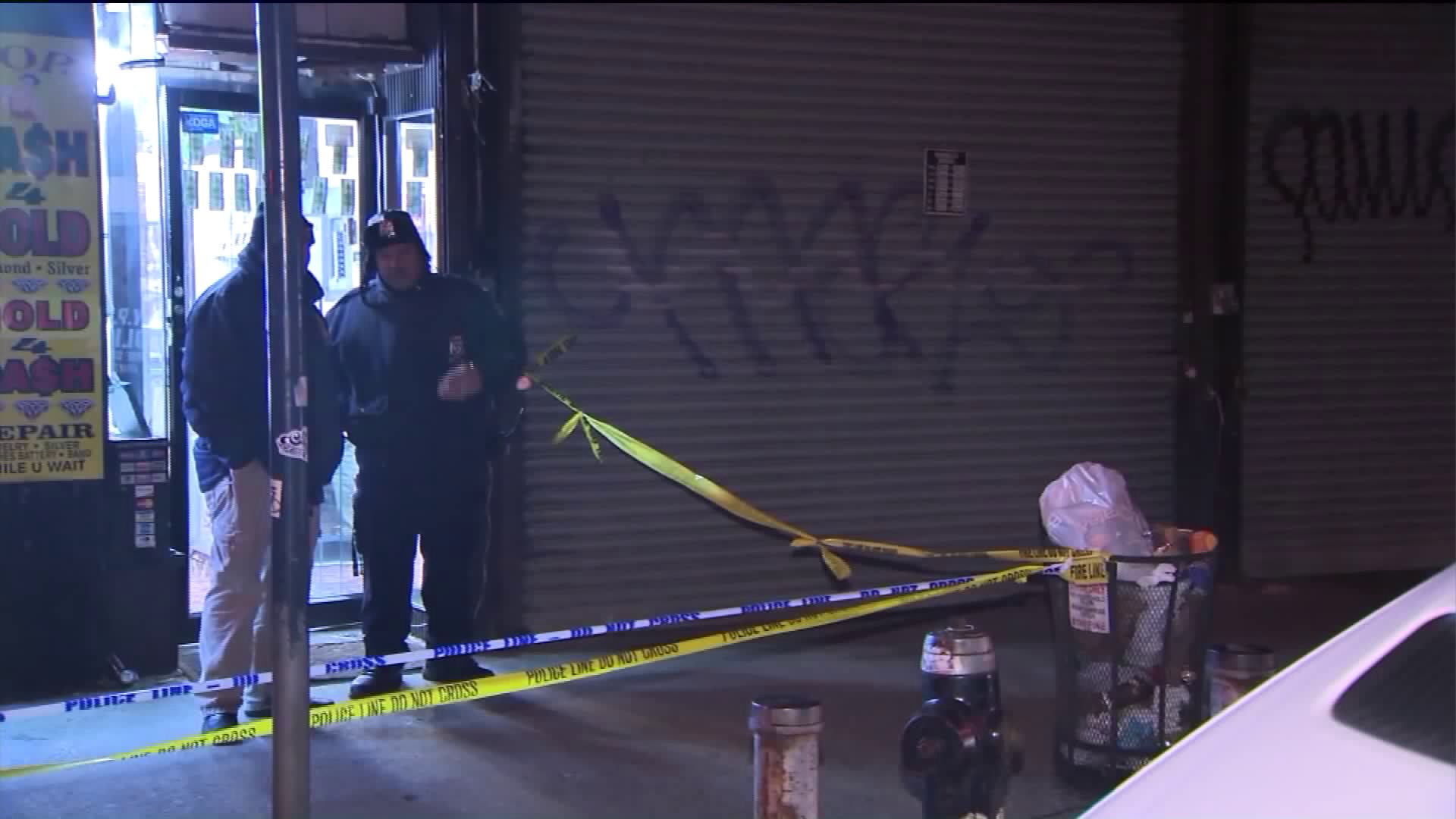 A man, 43, was found dead with zip-ties around his neck inside his TriBeCa jewelry store Wednesday evening, NYPD sources said.

TRIBECA, Manhattan – A man was found dead with zip-ties around his neck inside his TriBeCa jewelry store, NYPD sources said Thursday.

Police investigate the death of a man found with zip-ties around his neck in a TriBeCa jewelry store on Feb. 15, 2017. (Anthony Dilorenzo / PIX11)

The grisly discovery was made around 6 p.m. Wednesday at the family-owned World of Gold N Diamond, on the corner of Church and Duane streets, police said.

Police went to the cash-for-gold shop after the victim's brother had not seen him for two days and reported him as missing, according to cops.

The brother used a key to let police into the store, which was locked. Customers tell PIX11 the door is usually locked, and people must be buzzed in.

Upon arrival, officers found 43-year-old Omid Gholian inside the facility bathroom with two zip-ties around his neck and blood on the floor, sources said. EMS responded to the location and pronounced him dead at the scene.

While the cause has yet to be determined by the medical examiner, investigators believe the death was not natural.

Investigators are working to gain access to a safe inside the business, and do not yet know if anything was stolen.

Customers on Thursday were stunned by Gholian's death, and described him as a kind person.

Another customer, Vernis Graham, said his heart goes out to Gholian's family.