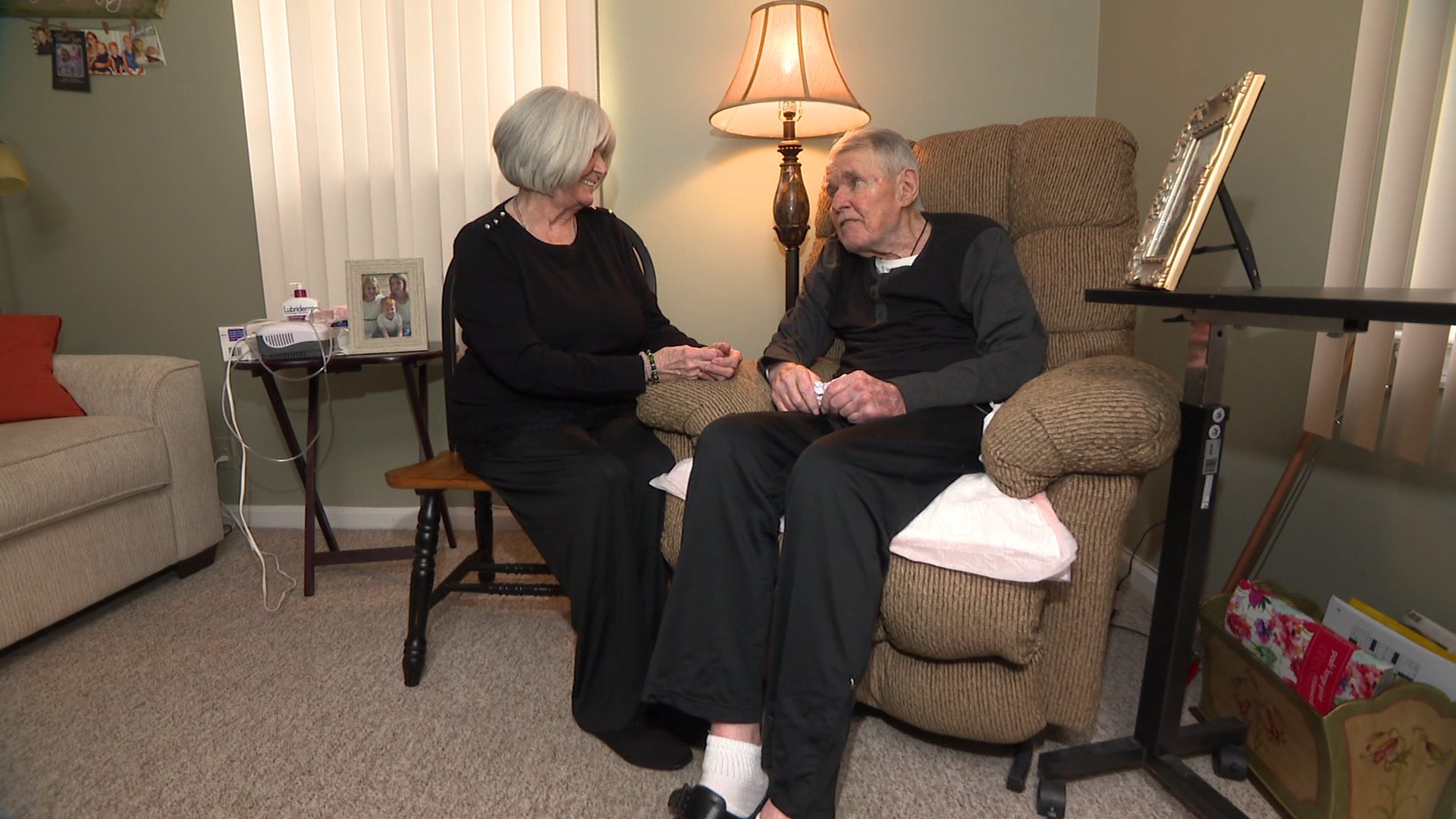 Mr. G meets Beverly and Bernard Cunniffe, an elderly couple for 40+ years going through a tough time. They get help from Northwell Health

“Did you fall in love with this guy right away" I asked Beverly Cunniffe. "No," she smiled. "She hated me!" Bernard, her husband, added.

It was far from love at first sight for Beverly and Bernard Cunniffe. They met 40 years ago when he, who was an NYPD officer, pulled her over for speeding. They later learned they had mutual friends.

His second fall came four years ago. It left him with a broken hip. Now, a once healthy, active guy is now pretty much bound to this chair, completely dependent on others.

“He’s been in and out of hospitals during the past four years, has gone through physical therapy, and has had five surgeries," Beverly explained.

It became almost impossible for Beverly to handle, physically and emotionally.

But then they were introduced to a unique Northwell Health program called ‘House Calls.' It’s one of only 14 providers part of the nationwide Independence at Home initiative.

“It’s a program for home-bound patients like Mr. Cunniffe that delivers care in their home," Dr. Joseph Milano said. "It has shown to save a tremendous amount of money for patients and avoid things like emergency room visits.”

Dr. Joseph Milano visits at least once a month for regular check-ups, and is on call for anything they may need.

“We do feel that we put them at ease knowing there’s always someone to call," he explained. "I think the biggest reason [I do this] is to feel that connection.”

“He has absolutely saved our lives,” Beverly said of Dr. Milano.

It’s clearly helping patients but the nationwide program is also cutting costs elsewhere, saving medicare $25 million in its first year. But for Beverly and Bernard, it’s been priceless.

“It means everything, it keeps me alive and happy to be alive,” Bernard said.